The first owl fitted with these new transmitters, nicknamed “Assateague,” was tagged Dec. 17 on Assateague Island National Seashore in Maryland. Since then, he has wandered more than 150 miles, up the Delmarva Peninsula, around Delaware Bay, across southern New Jersey and up the coast. At one point, he took in the nocturnal sights from the end of Atlantic City’s famous Steel Pier; at other times he was hunting vast, empty salt marshes, or perching on isolated islands in the back bay wildernesses.

The second owl of Project SNOWstorm, nicknamed Buena Vista because it was tagged on Dec. 23 on the Buena Vista Grasslands in Portage County, Wisconsin, has taken a different approach to winter living. He has remained within a mile of where he was tagged, hunting the wind-swept marshes and snow-covered prairies that look a lot like his Arctic home. 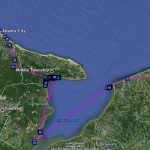 Figure 1. “Assateague” left Assateague Island, MD, flying north across 38 miles of open water to reach the north shore of Delaware Bay. Then he moved down the New Jersey bayshore, spent a week at Reed’s Beach, NJ, then flew across southern New Jersey and up the coast to Island Beach. 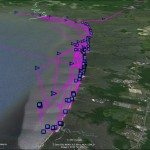 Figure 2. This map gives a sense of the detail GPS-GSM transmitters provide. These are Assateague’s movements during a week near Reed’s Beach, NJ, including many nighttime hunting forays at sea, presumably to hunt sleeping ducks. 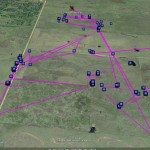 Figure 3. “Buena Vista” has been frequenting the same area in Wisconsin since being tagged.

2 Comments on “An update on Assateague and Buena Vista”