It’s hard to imagine that by this date two years ago I had just banded my first two snowy owls. Little did I realize I would have the opportunity to band several more, some of which were released with transmitters to allow us some insight into their activities.

It was really exciting when several of the owls I tagged in the first season returned last year. One of those, Baltimore, had only been banded the first season. We don’t know where he went that first summer, but when he was caught last year, he finally got his transmitter.

And now Baltimore has returned, the first of the Project SNOWstorm owls to appear in all three seasons. We first heard from him on Dec. 19 when his transmitter uploaded a program update to hasten the retrieval of his backlogged data. We only got a rough location for Dec. 1, which placed him in Quebec, near Lake Evans and about 21 km (13 miles) from the James Bay Highway. 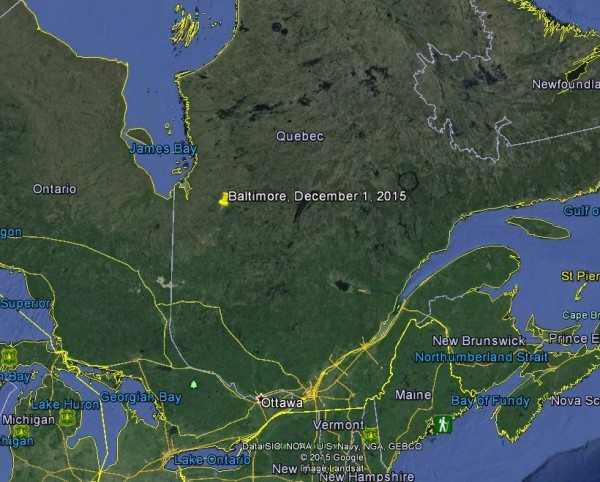 Back in April, the final time Baltimore checked in on his northbound migration he was just east of the same gold mine where Oswegatchie had been found dead the previous summer. We hoped Baltimore had not met the same fate, and while the data has been slow to download, we’re relieved to see he continued north towards James Bay. 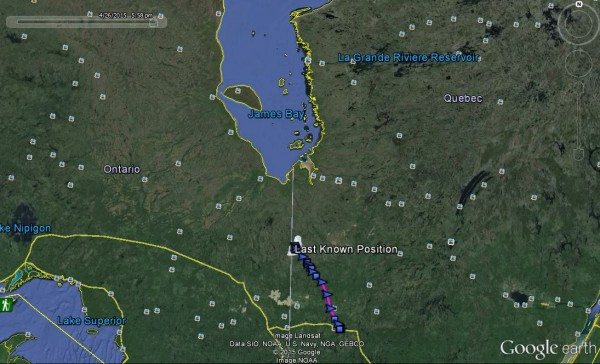 So where is Baltimore now? Although we’re waiting for his transmitter to recover the energy to continue downloading his data, each time he connects we get his current location. Since early December he has been holding the center of Amherst Island in eastern Lake Ontario, only a few miles from where Flanders has been spending her time. 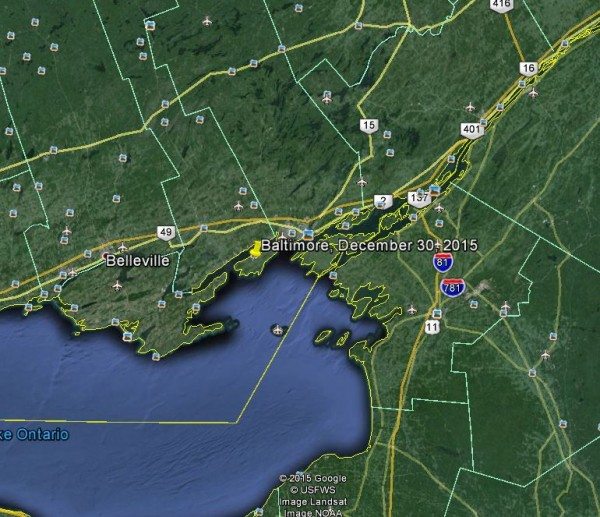 We look forward to receiving the rest of Baltimore’s stored data so we can see the rest of journey north, while also waiting to see if he ventures back to the same Baltimore-area airport he’s visited twice before.