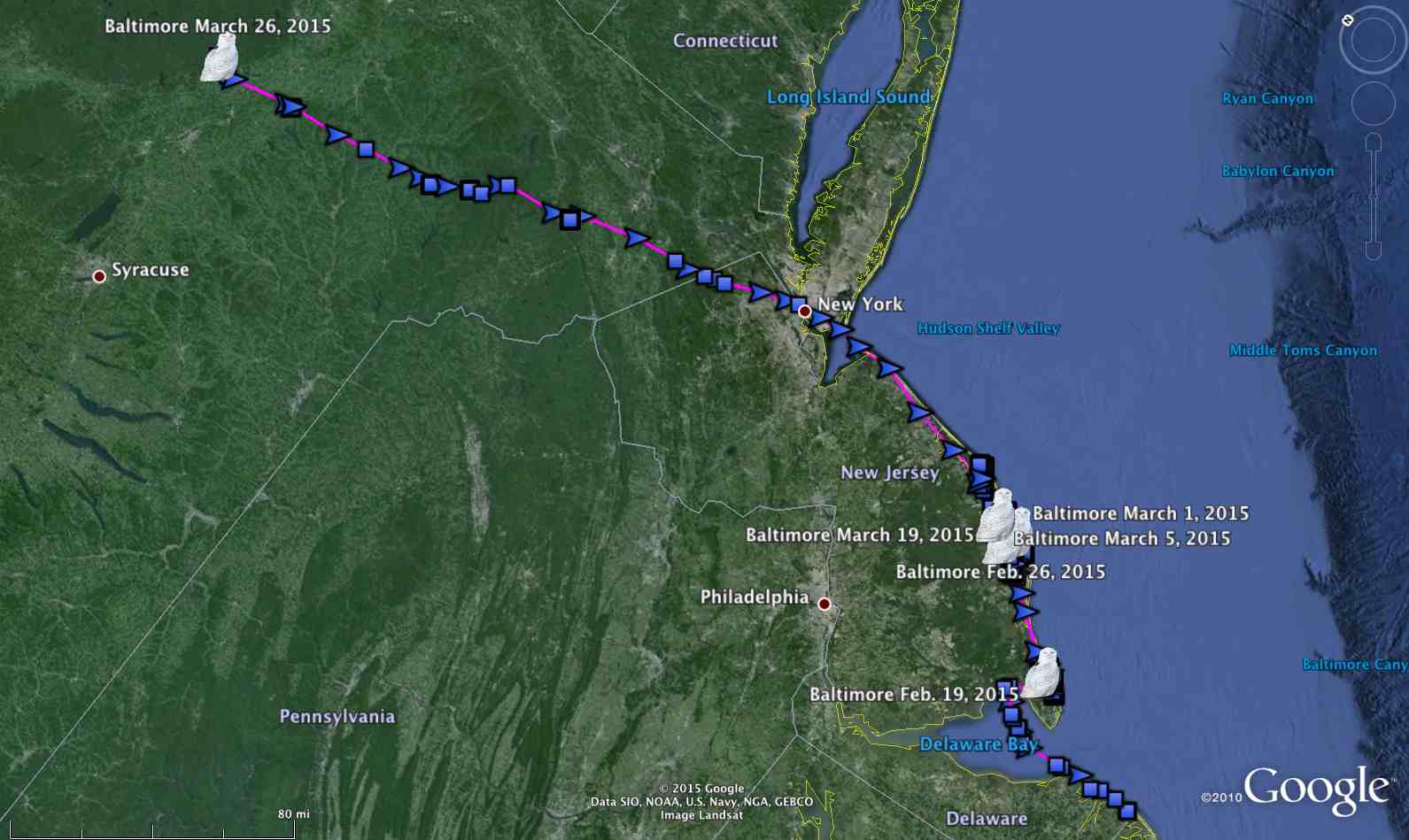 Baltimore’s movements since being relocated to Assateague Island in February — including his more than 300-mile (482 km) flight north last week. (North is to the upper left.) (©Project SNOWstorm and Google Earth)

We’re definitely seeing spring at work on some of our tagged owls, while others are still staying put — and one is heading resolutely south. It’s been an interesting week, but today’s story is about our first Manhattan snowy owl.

Across the East, the late week period saw a surge of mild air and strong southerly winds. Where I live in rural Pennsylvania, it brought thunderstorms, fog and a heavy northbound flight of Canada and snow geese and tundra swans.

It also got under the wings of Baltimore, the adult male snowy that had spent the past month along the New Jersey coast, after being relocated from Baltimore to the Maryland shore. He hadn’t checked in last week, apparently because he was again out of cell range in the tidal marshes and islands of Little Egg Harbor near Long Beach Island.

But he did check in on Thursday evening — but this time from the edge of the Adirondack Mountains in upstate New York.

Baltimore had actually started north on March 24, spending the day on Island Beach, then after dark heading up the coast and out Sandy Hook, which points like a finger at New York City. He didn’t stop, but continued across the bay to Kings at about 24 knots (28 mph/44 kph), and finally came down for a rest at 1 a.m. in the middle of Manhattan. 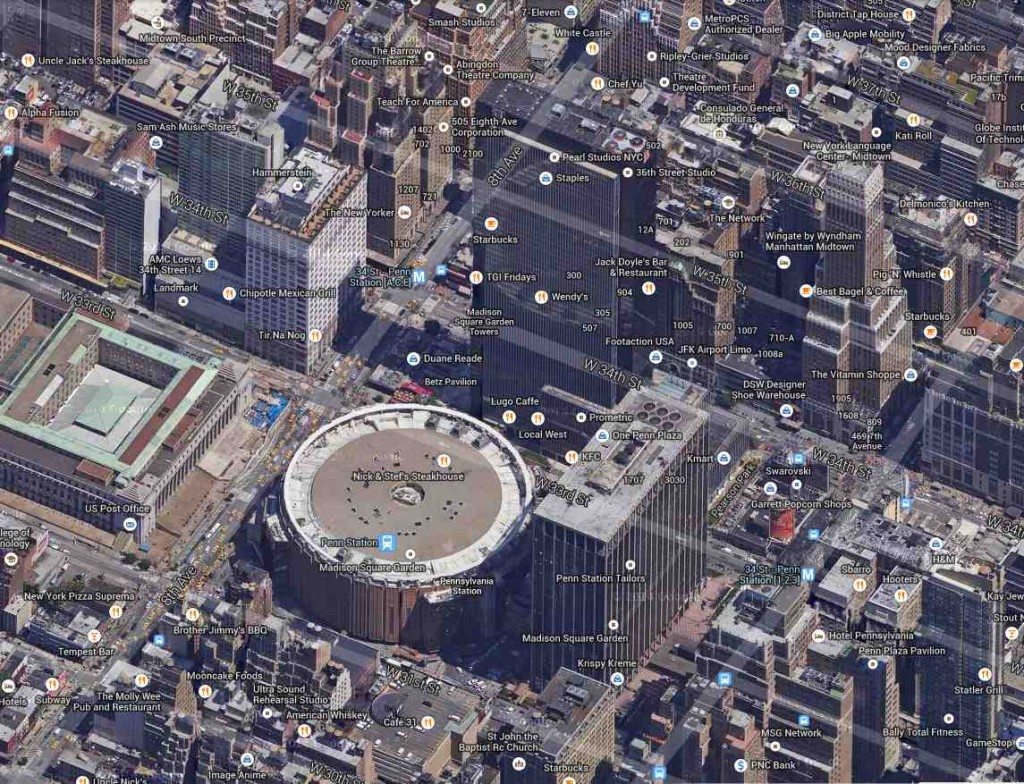 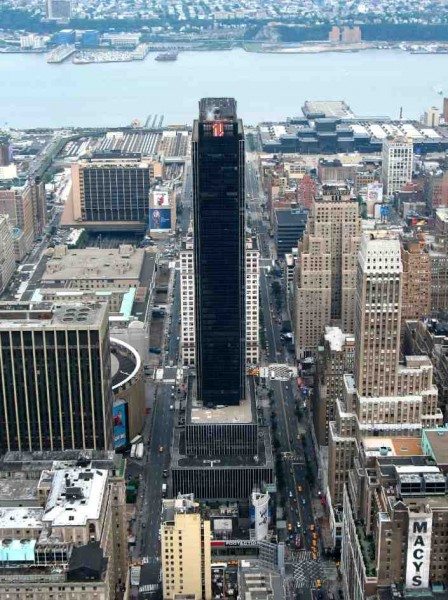 If you’re a snowy owl in the Big Apple, the One Penn Plaza skyscraper makes a pretty good midnight perch. ( Kjetil Ree/Wikipedia)

His perch had a heck of a view. Baltimore stopped on West 34th between 7th and 8th avenues, on top of One Penn Plaza, an appropriately towering skyscraper — at 57 floors and 750 feet high not the highest building in the Big Apple by any stretch, but still a dramatic and commanding perch for an Arctic bird. It looks like Baltimore was perched right next to the helipad on the roof.

He had a great view of Madison Square Garden right next door, but he didn’t stay long. Within half an hour, Baltimore was flying northwest again, crossing the Hudson and northern New Jersey and moving at a steady pace of about 25 knots. He fetched up for the day along a small lake in the Catskills.

Late in the day he was moving again, stopping for a midnight rest (or perhaps a meal?) just north of the Pepacton Reservoir, then flew on again the predawn hours of March 26, passing 50 miles (80 km) west of Albany. He finally took a rest about noon that day near Murphy Brook in Herkimer County, and that’s where he was when his transmitter sent in its accumulated data.

It’s an odd place for a snowy owl — a location that, at least according to Google Earth’s current images, is solid forest. I assume he was perched in the treetops — and I doubt he’ll stay there for long. But after moving more than 300 miles (482 km) in a couple of days, I’m sure he was a little tired.

Baltimore’s isn’t even the most dramatic movement from this week’s data, or the most unusual. Stay tuned (as they used to say) for the rest of the story — we’ll have a couple more updates in the days ahead.

North, South, East and West
Thanks for a Hugely Successful Campaign