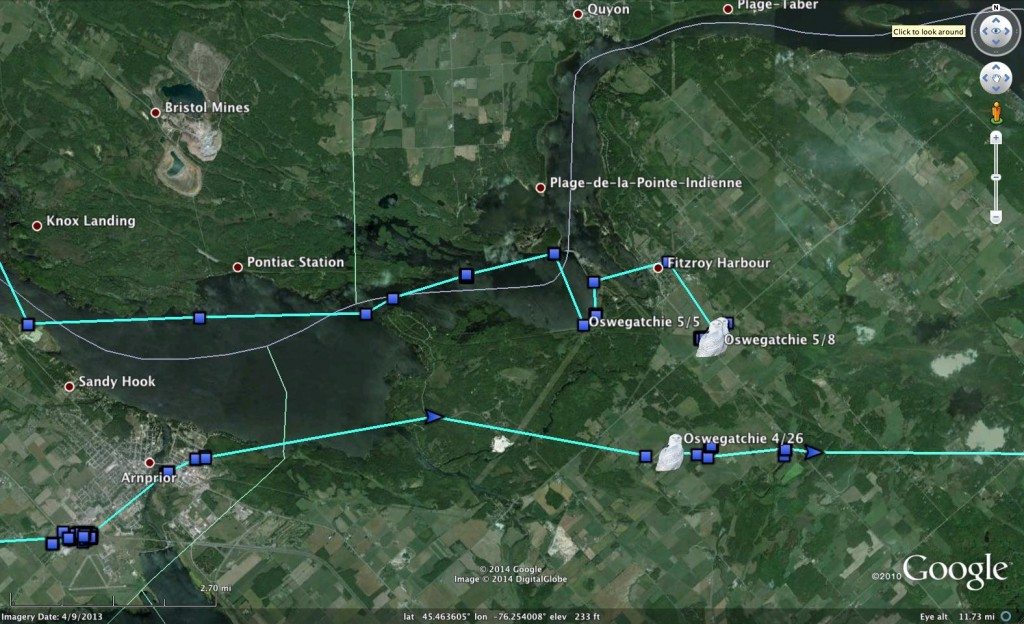 Oswegatchie’s movements west, and back east, through the Ottawa River valley. (The arrows do not denote direction of flight.) (©Project SNOWstorm and Google Earth)

The only owl we’re still in regular contact with is Oswegatchie, who has settled down to a new favorite spot in the Ottawa River valley of southeastern Ontario.

Oswegatchie had passed through this area back in late April while moving west, then fetched up for a few days just east of Algonquin Provincial Park. The night of May 1 he began moving back down the Ottawa valley to the east, and by midnight on May 4 he was sitting on a rooftop in the town of Fitzroy Harbour, where the Carp River enters the Ottawa, right on the border with Quebec.

By daybreak he’d moved a few kilometers southeast of town, and he’s been hanging out there ever since at a road and railroad grade crossing — the same kind of spot he’d used for more than two weeks near Casselman, Ontario, about 100 km (60 miles) east.

(The really freaky coincidence is that it’s the same railroad track — or at least, you can trace the line back, through a changing yard in Ottawa, from where he is now to where he was near Casselman a couple weeks ago. Railroad beds must make for good hunting.)

Every time his transmitter checks in, I assume this will be the last time we hear from him, since most of the owls that came south over the winter have moved beyond cellular network range. Here’s an eBird map of snowy owls between January and March — so many that the mapping software converts all the individual points into colored blocks, the more intense the more sightings in that area: 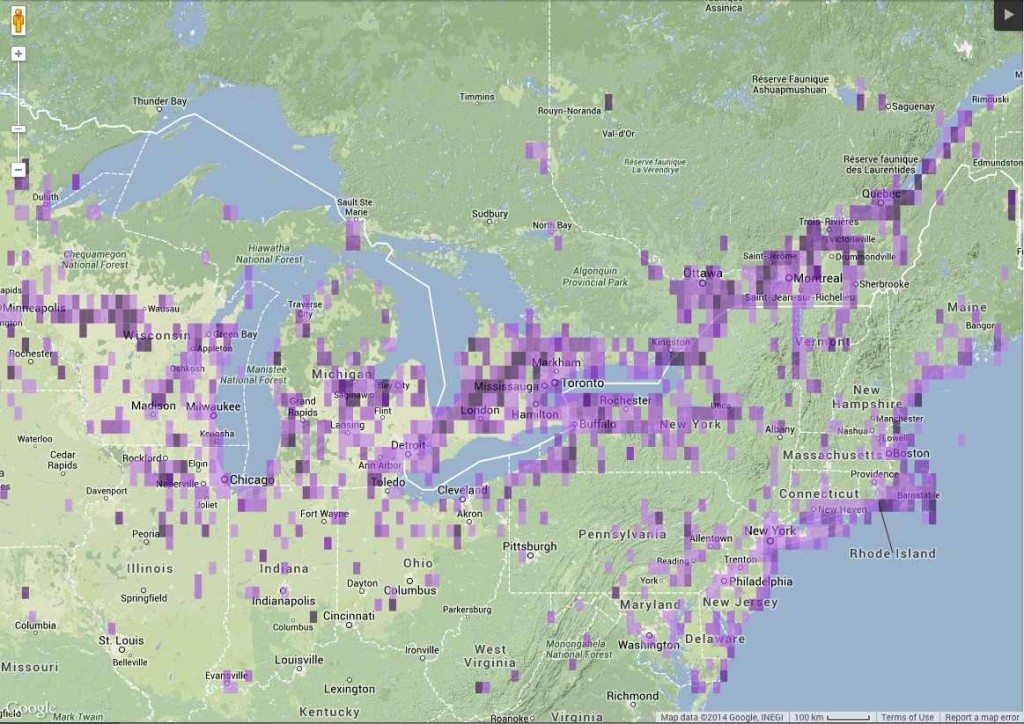 Snowy owl sightings reported to eBird from January to March, during the height of the irruption,. (©eBird)

Now compare that to the handful of remaining owls reported during the first half of May, and you can see how virtually all of this winter’s snowies have gone back north. 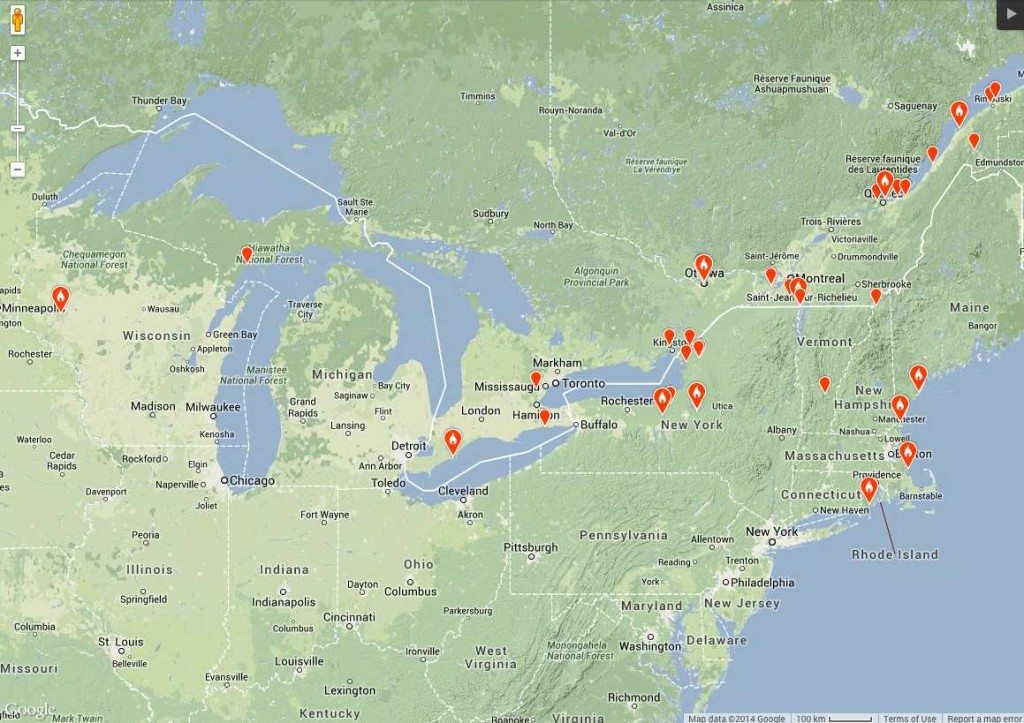 Snowy sightings so far in May — the call of the North has clearly been heard. (©eBird)

But Oswegatchie’s taking his time — and we’re enjoying these final days of being able to regularly track his movements. Pretty soon we’re going to be into complete white owl withdrawal — at least until next winter.

Seen…and gone?
Oswegatchie, Kewaunee -- and a Surprise from Hungerford