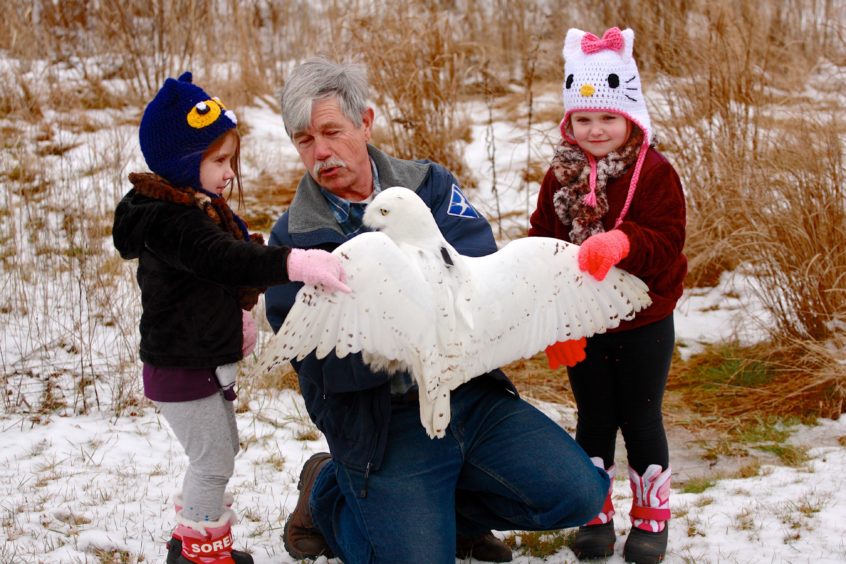 Norman Smith, recently retired as the director of the Blue Hills Trailside Museum, having worked for Massachusetts Audubon since 1974. He began studying snowy owls at Logan Airport in Boston in 1981 and has banded and relocated more than 800 owls. In 2000 he was the first one to put transmitters on wintering snowy owls, proving for the first time that some do make it back to the Arctic and return in subsequent years. He is a co-founder of Project SNOWstorm.

Scott Weidensaul
David Brinker
We are raising $15,000 this year for Snowy Owl research.