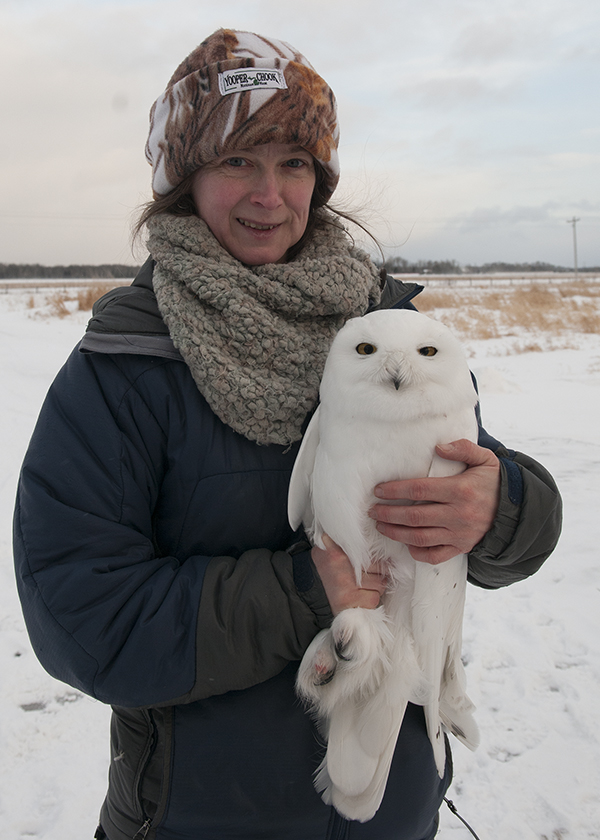 Nova Mackentley and Chris Neri are a legendary pair of raptor banders living at Whitefish Point on the Upper Peninsula of Michigan. A lifelong birder, Chris began banding owls in the mid-1990s at Cape May, NJ, and began banding raptors at Whitefish Point Bird Observatory in 1999. He met Nova when she was hired as a seasonal owl bander there in 2005; today, in addition to working around the country as seasonal biologists, they are accomplished nature photographers.

Gene Jacobs
Matt Solensky
We are raising $15,000 this year for Snowy Owl research.