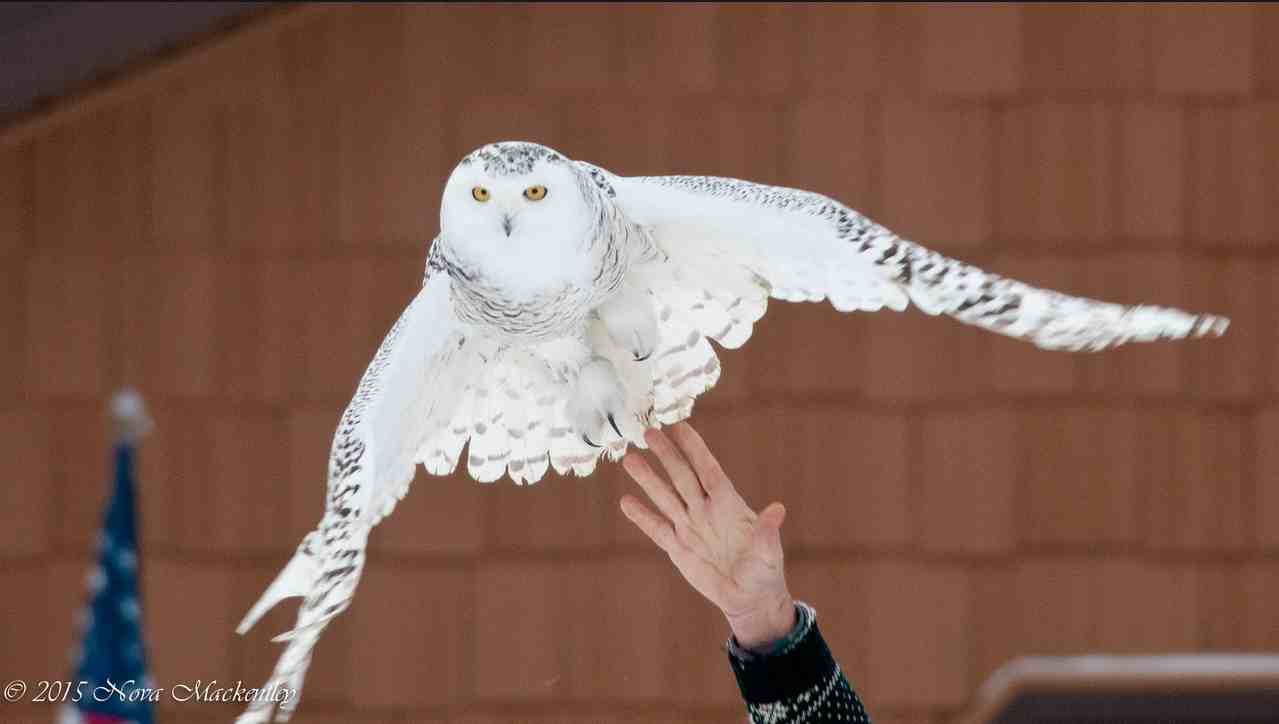 With a toss, Chippewa — a new SNOWstorm owl in the Upper Peninsula of Michigan — goes back in the air. (©Nova Mackentley)

What a week! After struggling, frankly, for the past month — with repeated trapping trips to the New Jersey coast, Lake Erie and elsewhere, lots of close calls and frustrating near-misses — things finally came together in a big way this week.

We shared the story of Monocacy’s surprising return, but there’s a further twist on that story involving another returning owl, which Steve Huy will be posting about here shortly.

Dave Brinker is also freshly back from a week in Michigan, where he was working with a large group of banders and conservationists who have brought Project SNOWstorm to that state.

As a result, there are two new tagged owls in the Great Lake State — Chippewa on the Upper Peninsula, and Prairie Ronde in the southwestern Lower Peninsula — joining Alma, who was tagged last month on the LP. Once Dave catches his breath, he’ll be sharing that cold, snowy adventure with you. It’s quite a story.

And we just got word of two more snowies that have been tagged — but we’ll share more about them when we have more details.

Lots of exciting news, obviously — stay tuned, and thanks for all your support, which makes this work possible.

Learn more about contributing to this project on our Indiegogo campaign.

6 Comments on “The Dam Bursts”