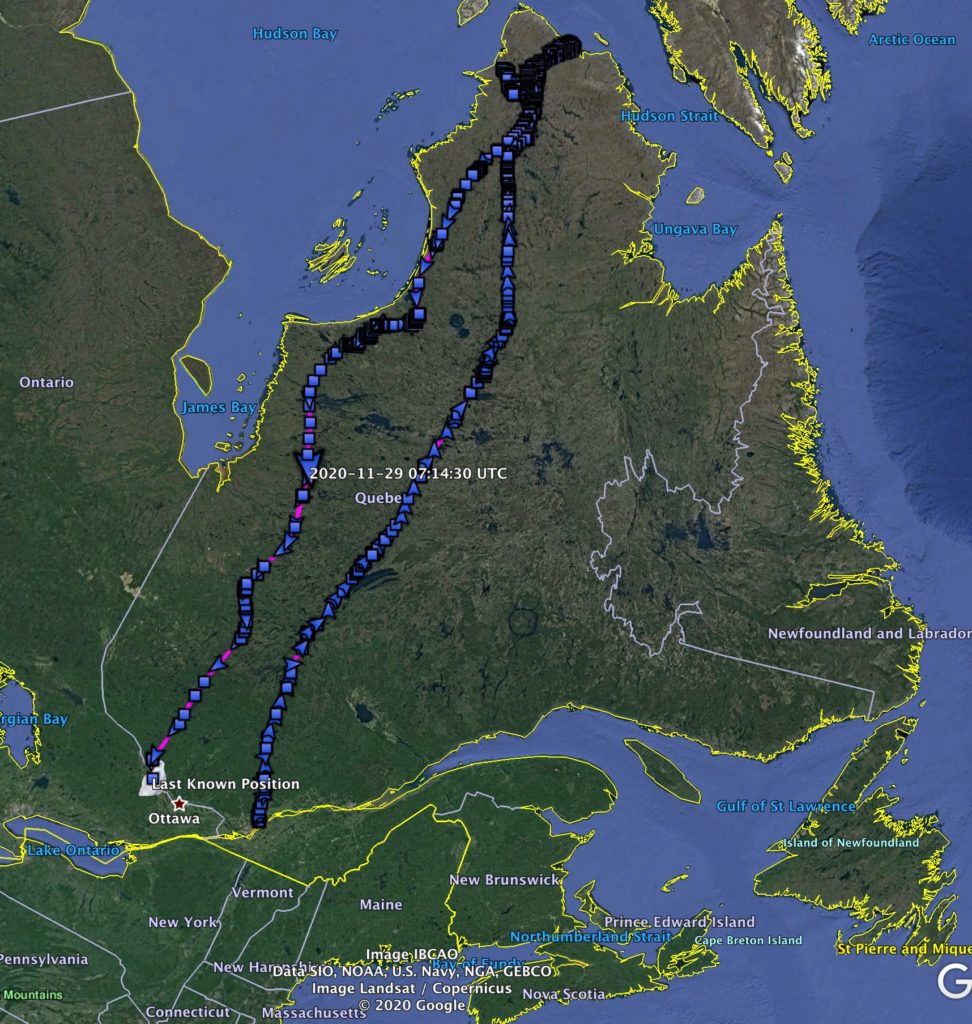 I’ll have more details tomorrow, but a short while ago Dorval — an adult female moved from the Montréal airport last winter as part of our study into ways to keep relocated owls from returning to airfields — checked in after coming south from the Arctic. What’s more, it’s clear from her tracking data that she nested in the northern Ungava Peninsula this summer. Interestingly, she’s currently in an area we know well, along the Ottawa River on the ON/QC border west of Ottawa, near the towns of Renfrew and Arnprior, where a number of our tagged owls like Hardscrabble and Baltimore have wintered in the past.

More details once we’ve had a chance to look more carefully through the 10,000+ GPS locations she sent, which have been accumulating in her unit’s memory bank since she left cell range in April.

6 Comments on “Dorval is Back!”