The past week was a busy one for us. Among other things, Dave Brinker and I spent a couple of days on Assateague Island in Maryland, hoping to catch a new female snowy for a transmitter. But while the bird we were targeting gave us a good run, the owl we ended up catching was a diminutive male, by far the smallest we’ve caught this winter — healthy, just a bit too small for us to feel comfortable tagging.

So we banded him, took feather samples and sent him on his way — all very well documented, since we had a film crew from Maryland Public Television and a crew from National Public Radio with us, working on stories about Project SNOWstorm.

Almost all of the transmitters checked in Thursday night, but we haven’t yet updated the maps. Unfortunately, in a few places something we’ve been worried about from the beginning has begun to happen — photographers using our maps to locate and target a couple of the owls, which they then flush repeatedly.

This is not an indictment of photographers in general — in fact, the vast majority have been respectful, considerate and a tremendous help in documenting this winter’s irruption, and our tagged birds specifically. Those folks keep their distance, often using their vehicles as blinds, and make a point of not bumping or flushing the owls. Would that everyone was as well-behaved.

Frankly, this won’t help address the worst situation, involving Ramsey in Minnesota, who is a highly owl predictable in a fairly small winter territory, and where a few lazy photographers are routinely feeding him and another snowy owl lots of pet-store mice. But it may help prevent problems from developing elsewhere.

I will share two of the latest updates, though, since the owls involved are moving over wide (and in one case inaccessible) territory.

Erie continues to be one our rock stars, with his over-ice movements on Lake Erie. Earlier this week he traveled to within 10 miles of Buffalo, then looped back to the waters off Port Dover, where he’s spent much of the last week.

It’s fascinating to see patterns develop in his locations. I’ve been struck by how much time he’s spending between the tip of Long Point and Port Dover on the Ontario shore, as you can see here: 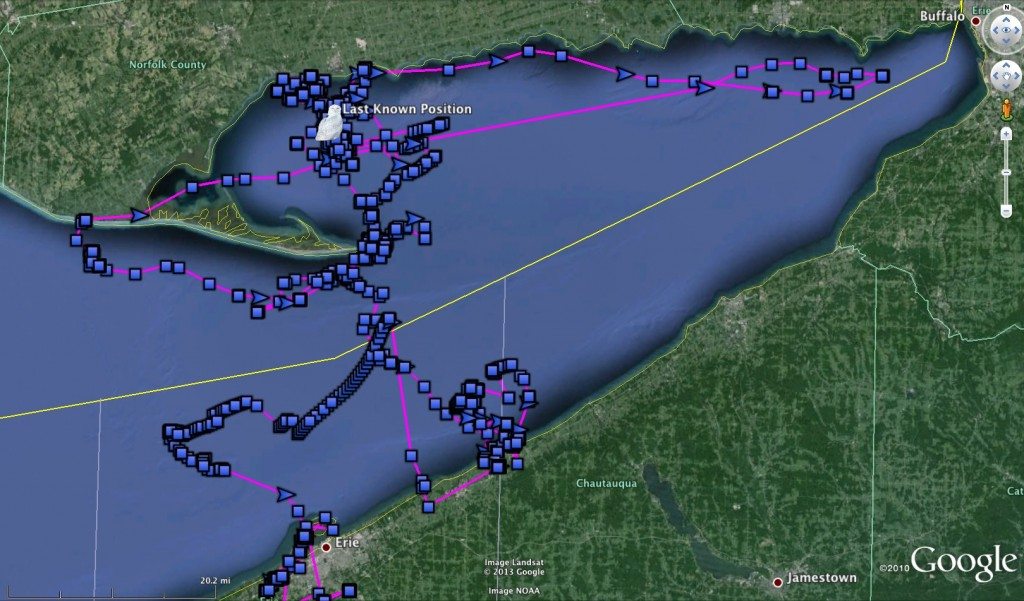 Erie’s tracks through Feb. 20 on the frozen surface of Lake Erie. (©Project SNOWstorm)

And yesterday, when the clouds parted and a good satellite image of Lake Erie was available for the first time in days, it became clear why: There is a big crack in the ice sheets there, with open water that presumably has waterfowl and gulls. 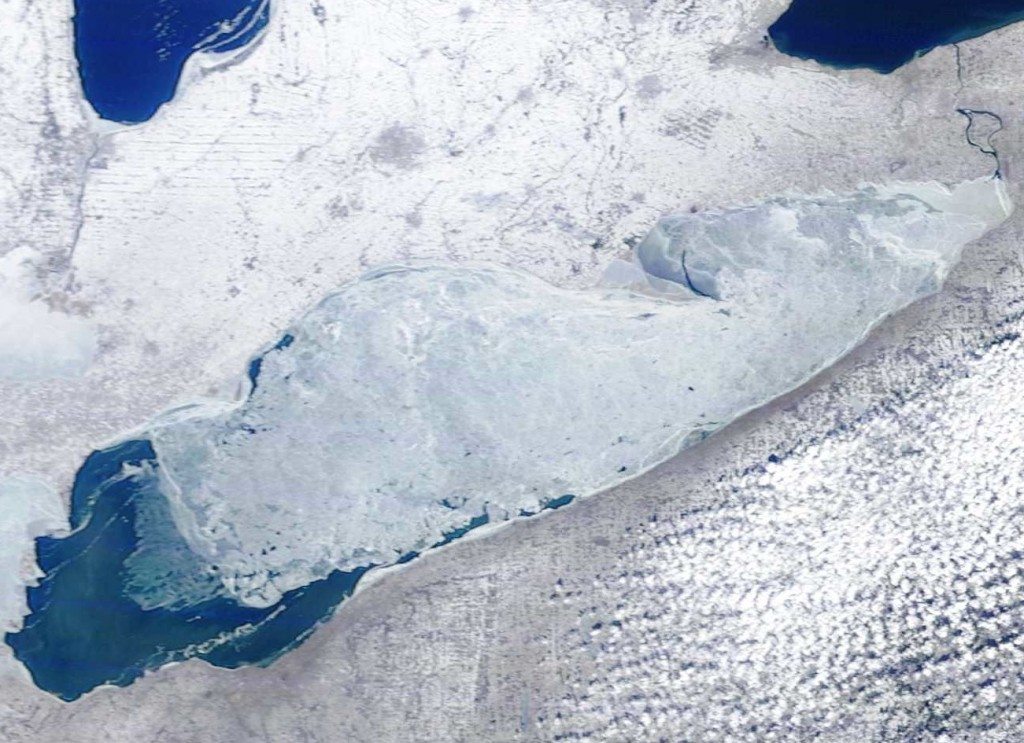 The other big news is Hungerford, an immature female we tagged a week ago on Assateague Island. The coastal owls have been moving widely this winter, with both Assateague and Henlopen moving far up the Atlantic coast from the Delmarva to New Jersey, but Hungerford’s track looks to my eyes like something different. 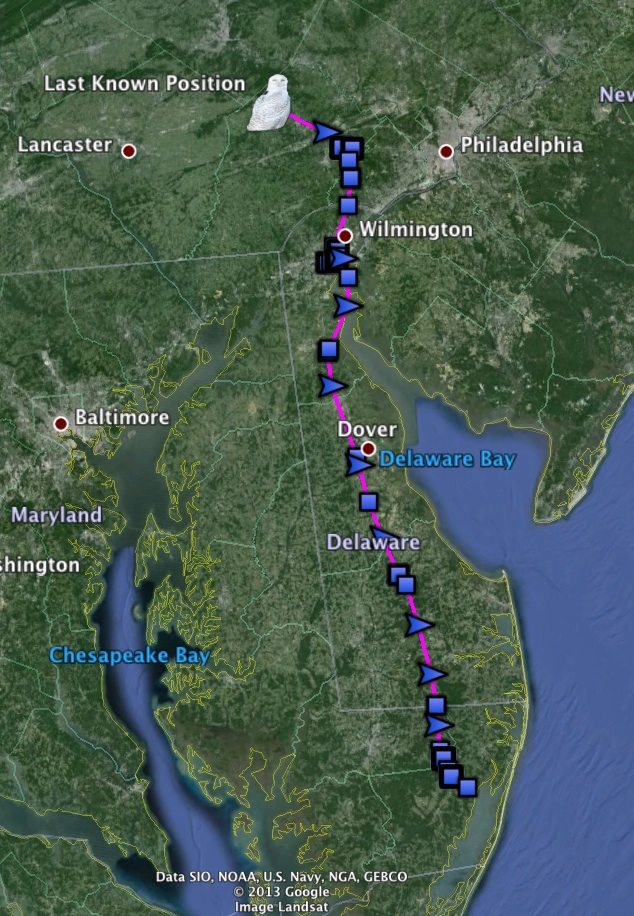 Leaving Assateague around dark on Feb. 17, she flew inland and spent the next day along the headwaters of the Pocomoke River, then at dusk on the 18th she started moving north again, this time arrowing basically straight north up the Delmarva past Georgetown, west of Dover and Smyrna and up to the C&D Canal. Here she cut across the narrow head of the Delaware Bay, then crossed west again to New Castle, settling for the day on an old industrial waste landfill.

For the next day she moved around Wilmington, stopping for a few hours near the Wilmington College campus, then after dark at the New Castle Airport before moving north again. She spent the day Thursday near West Chester, Pa., and with dark was heading northwest — her last position was only about 20 miles east of our tagged owl Amishtown, on the fringe of a huge area of open farmland that’s been popular with snowy owls this winter.

We’ve seen a lot of long-distance movement this winter from our tagged owls, but Hungerford’s very straight, very directed northerly flight makes me wonder if we’re seeing the first signs of northbound migration. It’s too soon to say — she could just as easily reverse direction — but in the next month or so most of our tagged birds should start heading north, and I suspect we’re seeing the first signs of spring working on snowy owls.

Final days for Indiegogo
Shuffling off to...