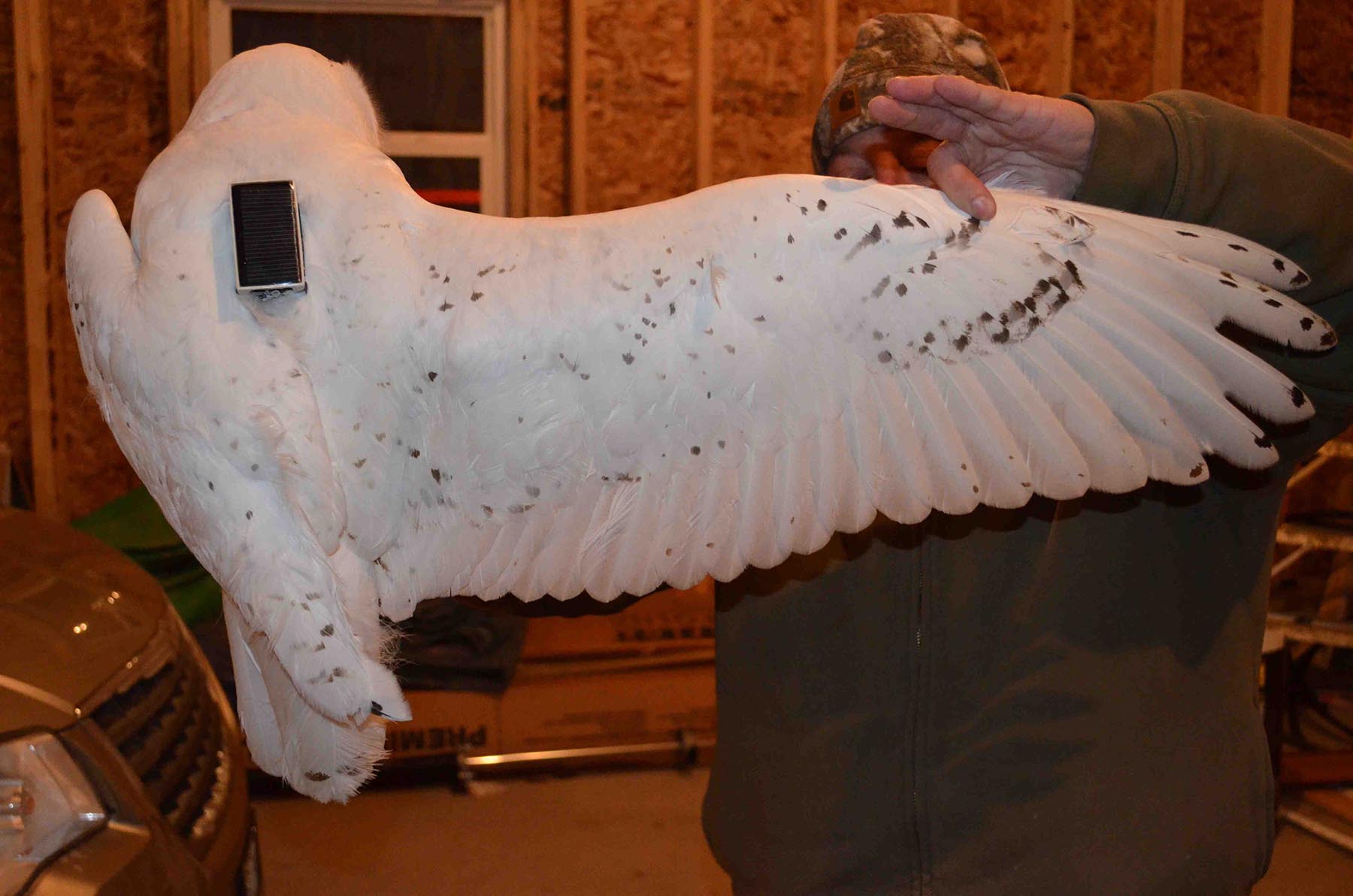 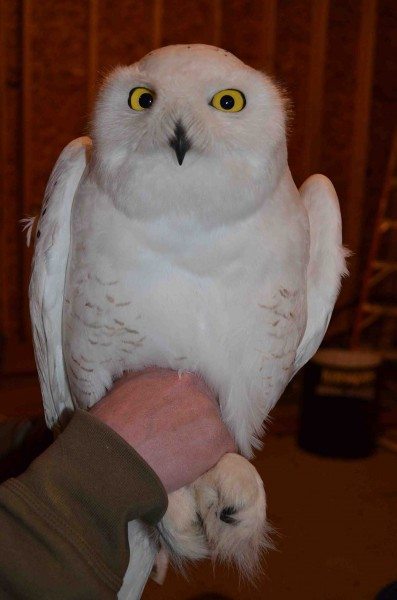 On Saturday, SNOWstorm collaborator Tom McDonald tagged the latest addition to the family — an adult male snowy owl he’s nicknamed Chaumont (pronounced “Shaa-moe”), for the small town at the extreme eastern end of Lake Ontario, just a few miles from the Canadian border, where he was captured.

“He is at least a third-, if not a fourth-year male, and weighed in at 1726 grams,” Tom reported. Like many (but by no means all) fully adult male snowies, he has very white, lightly marked plumage — a really stunning owl, as these images show.

Chaumont may have moved out onto the ice that’s forming on Chaumont Bay and eastern Lake Ontario, because his transmitter didn’t check in Tuesday night. We learned last winter to be patient with owls wintering along the Great Lakes, because as soon as the lake ice forms, they tend to move out away from land (and thus cell coverage) to hunt the ice margins for ducks and other waterbirds.

Although, aside from Lake Erie, the Great Lakes aren’t as frozen as last year at this time, today’s NOAA Coast Watch satellite images showed that extensive ice has formed across the northeastern toe of Lake Ontario, between Henderson Bay in New York and Prince Edward Point in Ontario. To a snowy owl, that’s a happy hunting ground in the most literal sense. 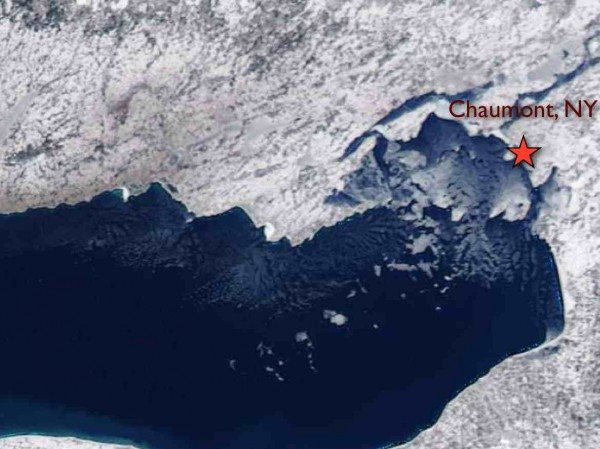