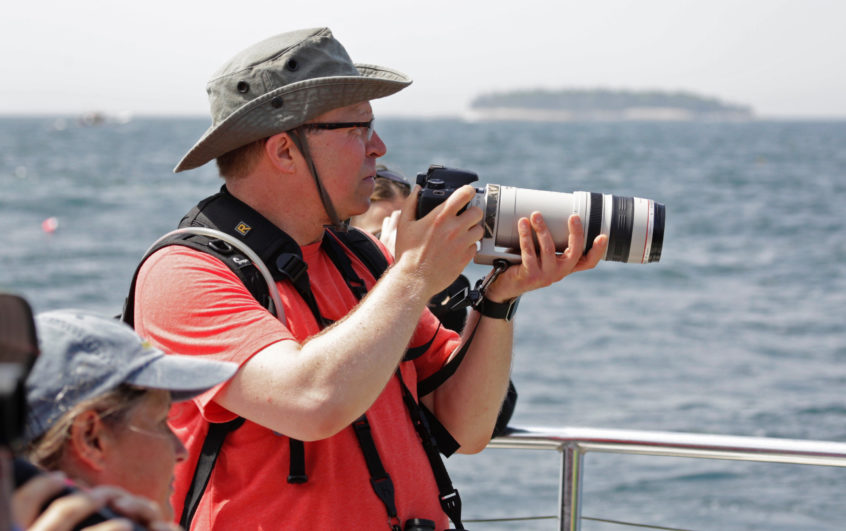 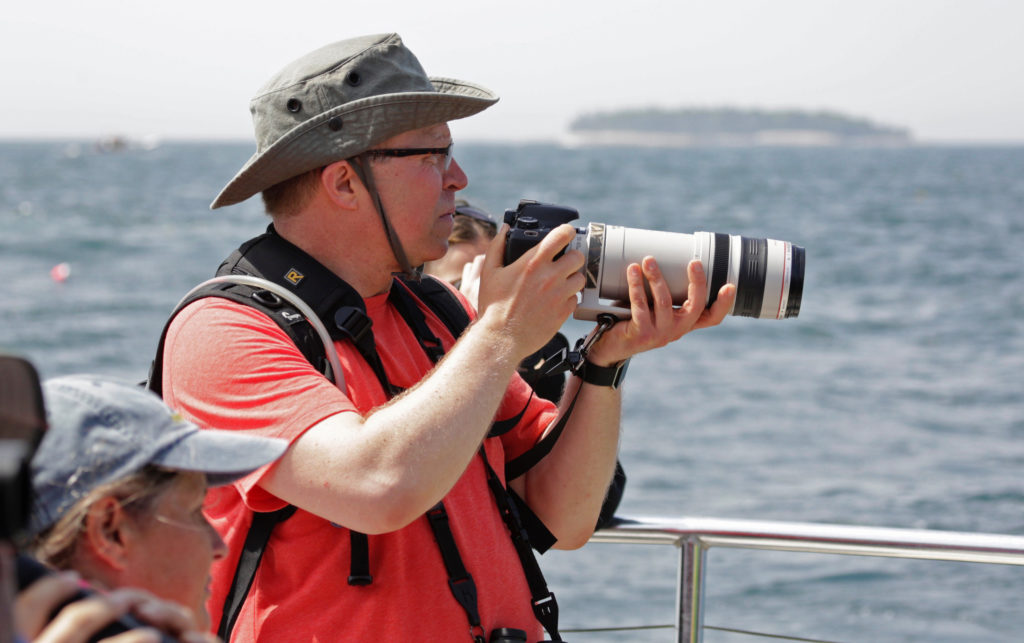 Don Crockett in June 2016, photographing puffins on the coast of Maine. (©Scott Weidensaul)

We at Project SNOWstorm were shocked and saddened to learn that our longtime colleague Don Crockett, of New Britain, CT, passed away unexpectedly last week, at the age of 56.

Almost everyone who visits the SNOWstorm site has benefitted from Don’s work. In the project’s very earliest days in January 2014, he reached out to us with an offer to share the software he’d developed for mapping the movements of tagged animals. When we saw the kind of beautiful, highly interactive maps he could produce, showing hour by hour and day by day where our owls have traveled, we were delighted.

Those maps have remained a central feature of our connection with the wider SNOWstorm community, and many thousands of people around the world have used and learned from them.

A couple times a week in winter, as new transmissions came in from the owls, Don (along with Steve Huy and Drew Weber, our tech triumvirate) would edit the GPS data, load it into the code and update the maps — work that went on invisibly, behind the scenes, but which was vital to what we do. Don was constantly updating and improving the map interface, adding features like one that allows you to follow the owl sunset to sunset, to get a sense of daily/nightly movements.

Because the Project SNOWstorm team is scattered all over the country, most of us never had the chance to meet Don, although we all were often in email and phone contact. I had the pleasure of Don’s company in the summer of 2016, however, when he spent a week at Audubon’s Hog Island camp on the coast of Maine, participating in a Hands-on Bird Science course I was directing. Don’s enthusiasm for the natural world, and birds in particular, came through that week, and he served as an informal instructor, helping his fellow campers with photography and videography, areas of special interest for him.

Don’s obituary can be found here. We will miss him both personally and professionally, and Project SNOWstorm is richer for his expertise and enthusiasm. In the meantime, please be patient as we adjust our mapping routine to this unexpected loss.

Move or Stay?
Welcome Back, Hardscrabble!

6 Comments on “In Memorium: Don Crockett”