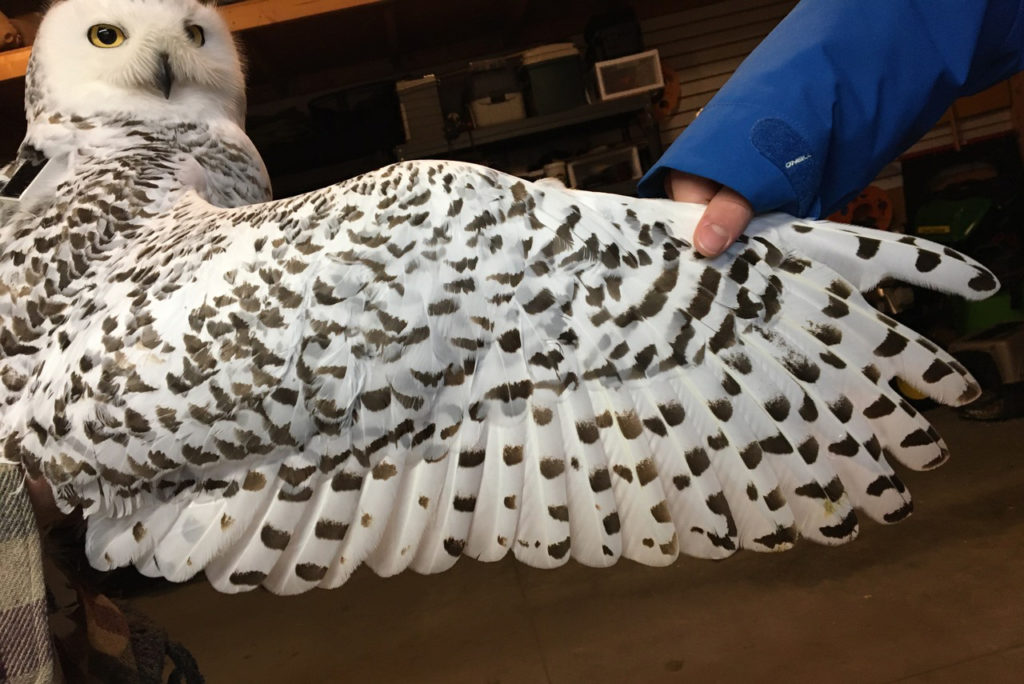 When we said this winter was off to a fast start, we weren’t kidding. In addition to four previously tagged owls that have already come south into cell range, our collaborators have tagged four new snowies, each one filling in important gaps in our sample of different regions, habitats, ages and sexes.

Today we’ll introduce you to Medina and Pearl, two new owls on the prairies of North Dakota — an area of particular interest to us. Tomorrow we’ll bring you the story of Yul and Montréal, two relocated airport owls in Québec that are part of our efforts to learn how better to keep owls and planes apart. (And yes, we’ll explain Yul’s odd name.)

Matt Solensky, a wildlife biologist with the U.S. Geological Survey’s Northern Prairie Research Center in North Dakota, has been doing great work with Project SNOWstorm in his spare time for several years. The grasslands of central North America are also one of our focal regions for additional tagging work. Because of the early influx of owls into the Dakotas in late October, we rushed a couple of transmitters to Matt, who kept his eye on several snowies in the Woodworth, ND, area. 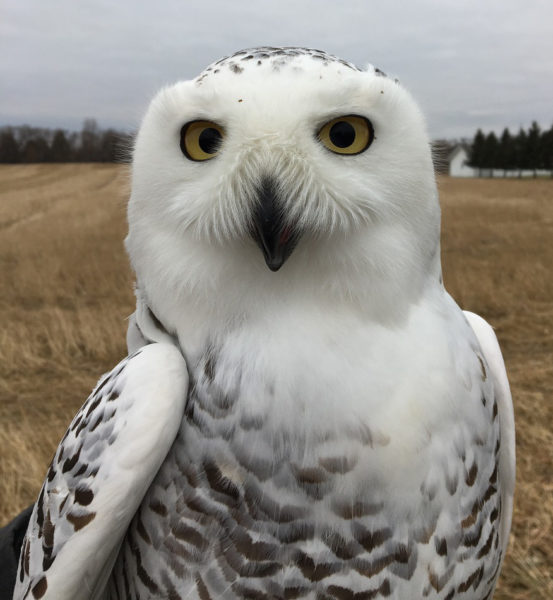 On Nov. 24, Matt was checking the same territory that snowy owls Chase Lake and Pettibone had occupied in years past. He found one sitting in a round hay bale, facing into a 20 mph wind — with a small, minimum-maintenance side road nearby along which he set his traps. At that point, a lot happened all at once.

Matt had just climbed back in his truck when he realized, to his great surprise, that another pickup was coming down the road toward his set-up. He glanced at the owl, which was already flying toward his traps. Worse, the truck was occupied by an older gentleman walking his dog — meaning, the driver was in the truck, slowly following his equally elderly yellow Lab as it got some exercise along the road, something Matt describes as “amazingly common here in North Dakota.”

The owl made two passes and landed on a fence post just across the road from the traps, with the dog and truck fast approaching. Matt managed to intercept them (discovering that the same pair had scared off an owl that Matt was trying to catch last winter as well). The driver, chuckling at the coincidence, was happy to back off, but wanted to get his dog in the cab first.

“To do this he proceeded to yell — yes, yell — “Lucky!” three or four times, and whistle a few times as well,” Matt said. “Lucky was sniffing around my truck and looking for a way to get in. I was feeling anything but lucky at that point, but the owl never moved. The old-timer backed out and wished me better luck than last year.”

Matt got that luck. The owl made a half-hearted swoop at the lure, perched again and cast (regurgitated) a pellet, then came right in on the caged (and thus unharmed) pigeon in his bownet. She proved to be an adult female, probably three years old based on her molt, that weighed just under 2,000 grams (4.4 pounds). Although we were tempted to nickname her Lucky, for obvious reasons, we stuck with our SNOWstorm naming protocol based on geographic place names and picked “Medina,” a nearby town that is the gateway to Chase Lake. 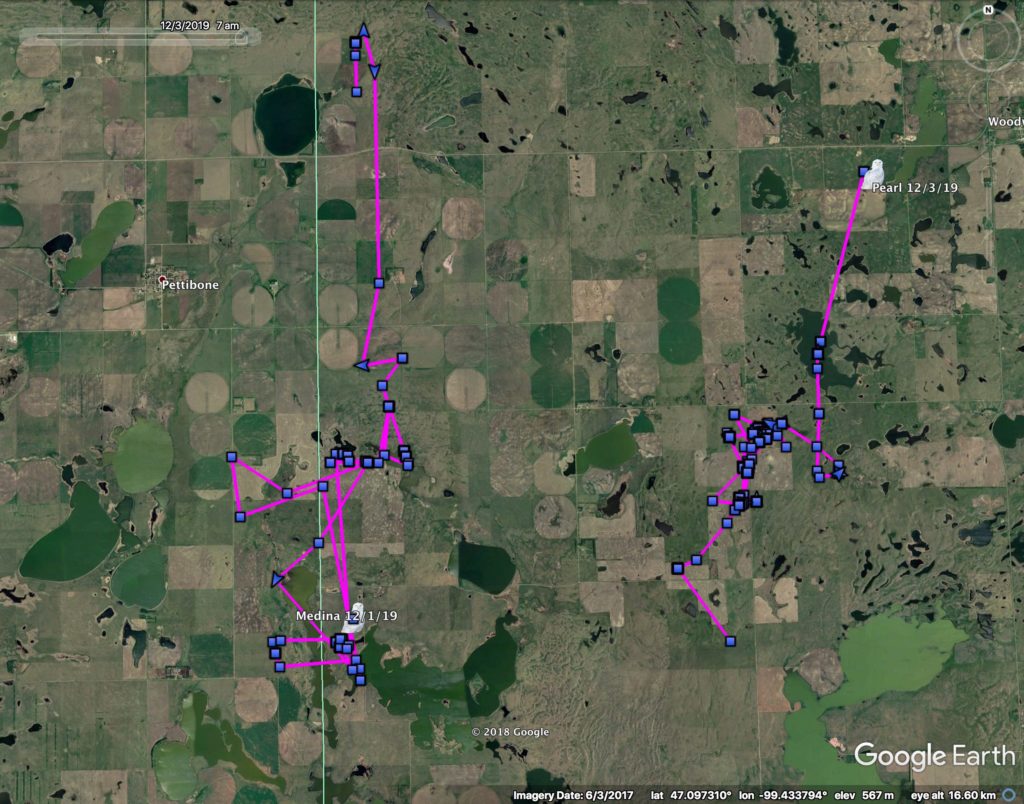 Medina (left) and Pearl have remained within a few miles of each other on the grasslands, wetlands and ag fields of central North Dakota. (©Project SNOWstorm and Google Earth)

The forecast was also predicting another major blizzard, so Matt wanted to get a second owl tagged quickly. So Nov. 26, the day before Thanksgiving, Matt acted on a tip from local snowy owl enthusiast Rick Bohn about another owl near Woodworth. That bird was spooked off before Matt arrived, but Rick found a second that futzed around for an hour or so before finally coming to the bownet. She proved to be another adult female, likely two years old and weighing more than 2,200 grams (almost 5 pounds), that Matt nicknamed “Pearl,” for Pearl Lake — “a fantastic perch lake,” the avid angler explained.

Since their release, the two owls have been staying about 4 miles (6.5 km) apart. Medina last checked in along the shores of Lake Louise — this is part of the prairie pothole region, where the retreating glaciers left a wealth of lake, ponds and wetlands — while this morning Pearl was less than two miles (3.2 km) west of Woodworth, having moved north overnight.

Our Deepest Thanks
Summer in the Arctic -- Following the Kids

2 Comments on “New Faces on the Prairie”