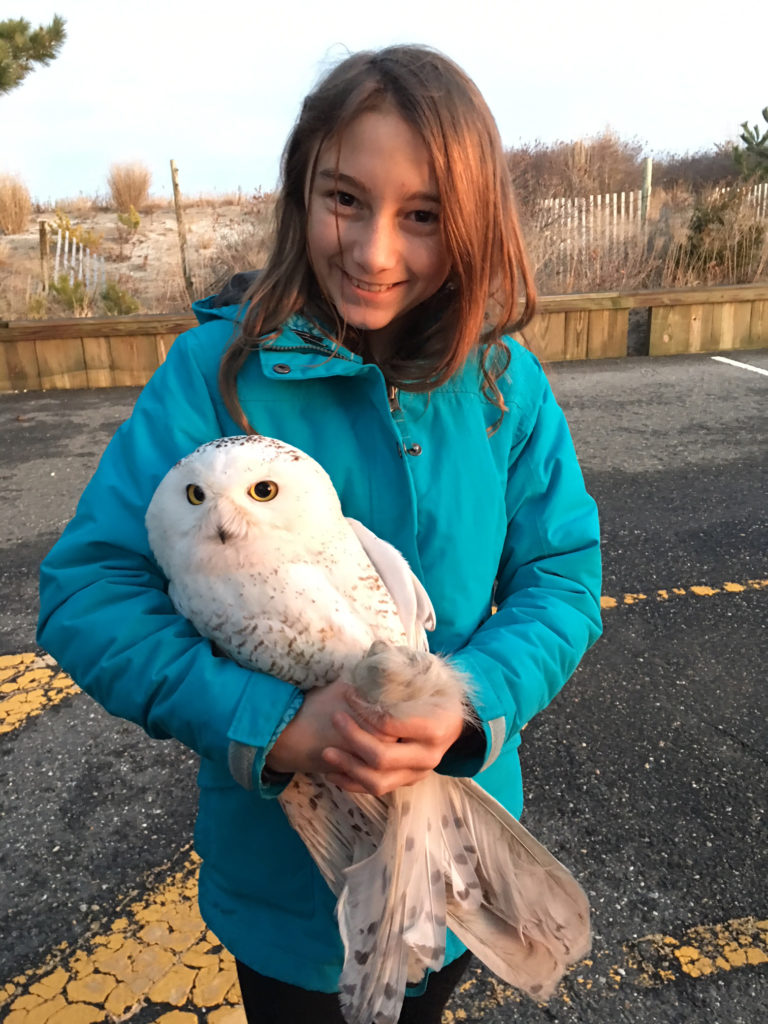 Giving her parents a hand, Phoebe Lanzone holds Hereford while Mike and Trish get ready to tag the new owl. (©Mike Lanzone)

It was a hard blow last month when we lost Higbee to a vehicle collision during an epic snowstorm on the New Jersey coast. He was one of the three “Jersey Boys,” a trio of immature male snowies tagged this winter by Mike Lanzone, Trish Miller and David La Puma. The fact that Higbee’s transmitter had been underwritten by the state chapter of the Nature Conservancy, and his movements eagerly followed by many TNC supporters, made the loss even heavier. 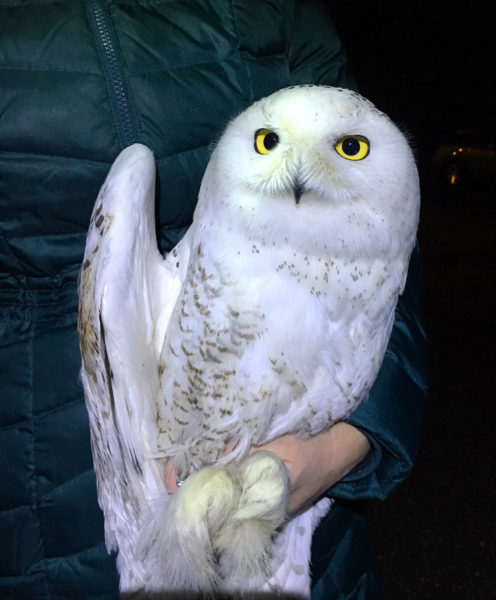 Hereford, tagged and ready to go back to the beaches and marshes of southern New Jersey. (©Mike Lanzone)

(And it wasn’t just TNC folks — Mike and Trish said strangers were coming up to them on the street to say how sorry they were about Higbee, and they noted that the Cool Cape May Facebook page had more than 350 messages of grief and condolence in the days after the owl’s death.)

So we’re especially pleased to welcome another Jersey Boy to the fold. On Feb. 12, Trish and Mike caught a new immature male on Stone Harbor Point north of Cape May, very close to the marshes that Higbee used. This guy is nicknamed Hereford, for the Hereford Inlet, which separates the undeveloped beach of Stone Harbor Point from the towns of Anglesea and Wildwood just to the south. It’s also just a short distance from Nummy Island, where Higbee was killed, and a place that’s been visited at various times this winter by Island Beach and Lenape, the other two Jersey Boy owls. Having four tagged snowies using the same stretch of coastline is giving us fascinating insights into how birds relate to the landscape, and each other. 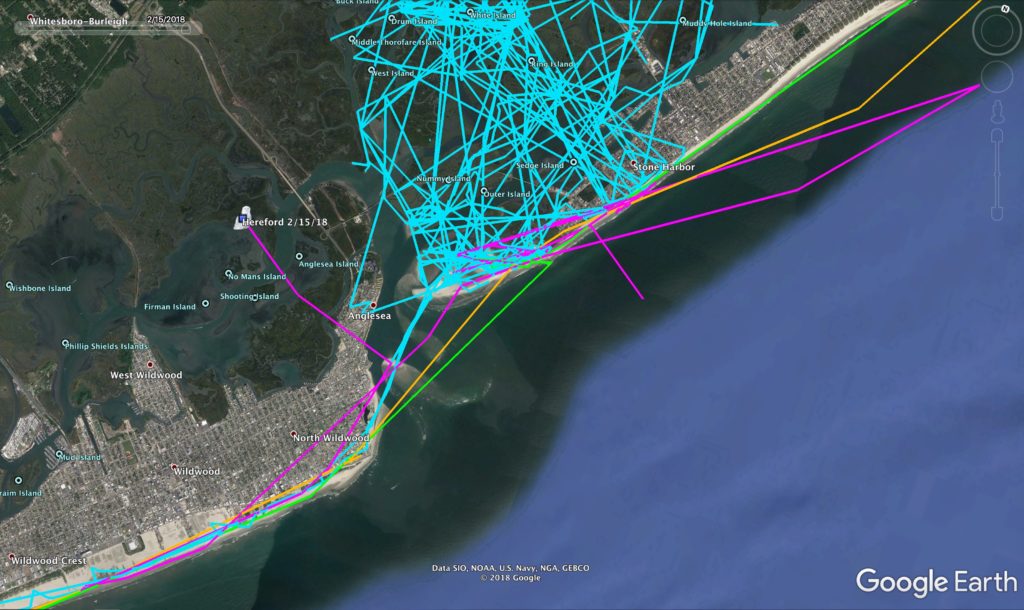 “While Higbee’s time was brief, he provided a wealth of information; a true testament to the importance of coastal and salt marsh habitat in New Jersey for wildlife in all seasons,” said Adrianna Zito-Livingston, Cape May preserves coordinator for TNC. “We’re very glad Higbee’s transmitter was recovered and that his legacy and data collection can continue with Hereford. It seems very fitting that another owl was banded at Stone Harbor Point, an important natural area and one of the last places Higbee was sighted by local birders. We’re excited to see where Hereford will go next!”

We’ll admit, we’re concerned about the risk of another vehicle collision in the same area where Higbee was killed. We obviously hope it doesn’t happen — but part of why we started Project SNOWstorm was to document and better understand the dangers that snowy owls face down here.

Mike and Trish were able to work at the point thanks to the cooperation of Stone Harbor’s administration. We’re especially pleased that borough administrator Jill Gougher and some of her staff were able to participate in the tagging process, and we’re grateful for their assistance.

Weekly Update
Logan on the Cape, Manisses on the Island