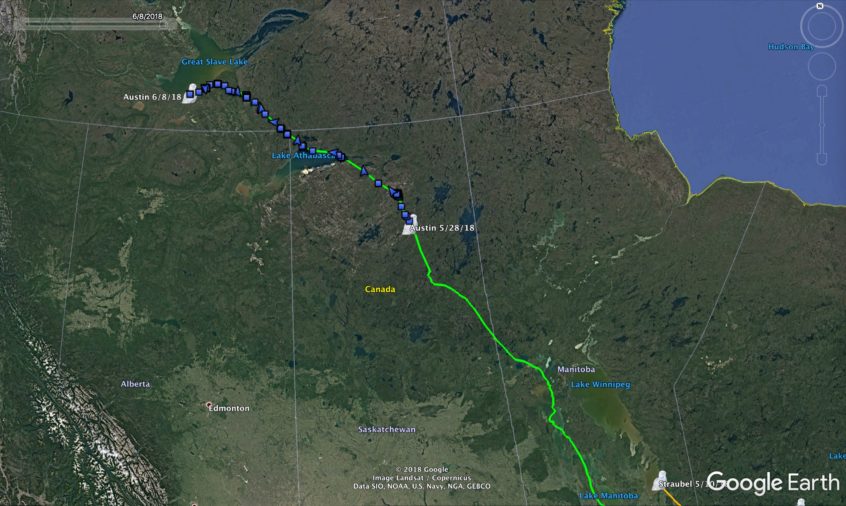 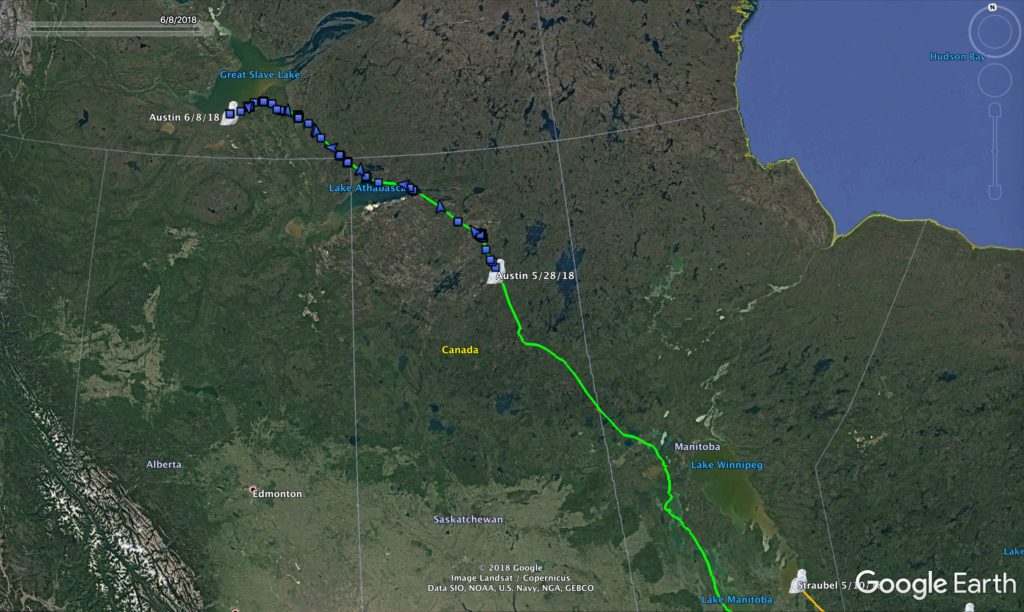 Chances are that wherever you’re reading this it feels like summer, but we’re still tracking the last of this past winter’s owls — Austin, who was moved in January from the Green Bay, WI, airport for his safety and spent the rest of the winter on the Buena Vista grasslands in central Wisconsin.

He’s now 2,500 km (1,500 miles) northwest of there, having checked in June 5 and 8 from the shores of Great Slave Lake in the Northwest Territories, more than 670 km (416 miles) from where he last connected in northeastern Saskatchewan on May 28.

In fact, Austin has now gone much farther northwest than any of the 69 other owls we’ve tagged — not entirely surprising, given the Northeastern and Midwestern focus of our work thus far, but still an impressive change. Most of our Great Lakes region snowies have moved pretty much due north around the western side of Hudson Bay, not gone shooting off at a 45-degree angle like this.

He hasn’t wasted time. Austin flew steadily around the eastern side of Lake Athabaska June 1, nicked the extreme northeastern corner of Alberta and then skirted the northern boundary of Wood Buffalo National Park, the summer nesting home of the wild whooping crane flock that migrates each autumn to Texas. He crossed the Slave River June 5 and reached Great Slave Lake at Fort Resolution, then swung west along the lakeshore and hung out for few days around McKay Island. 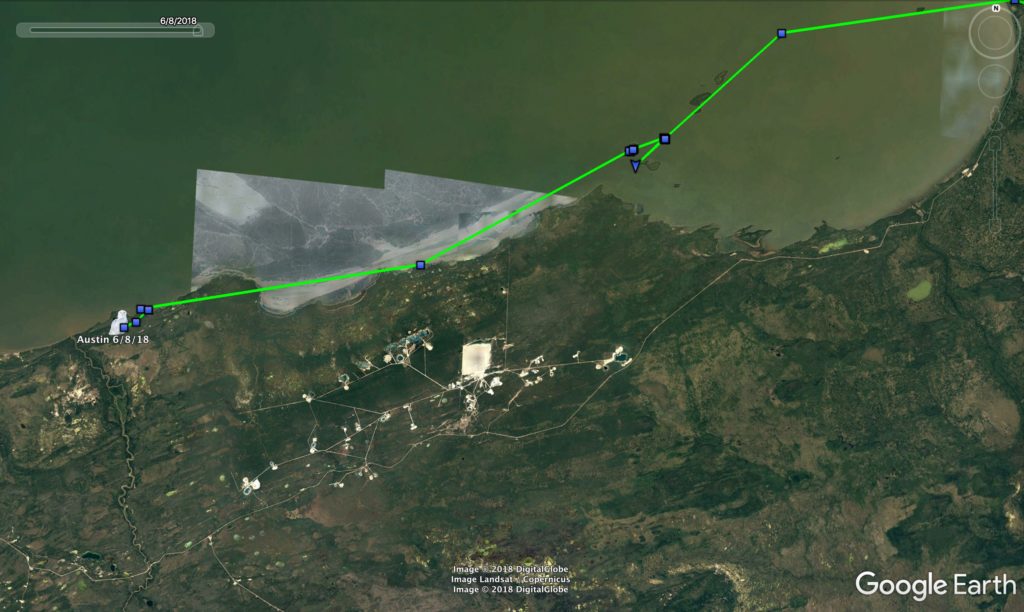 June 8 Austin was near the former site of Pine Point, NWT, which was demolished when the lead and zinc mine closed. (©Project SNOWstorm and Google Earth)

June 8 he came back to shore near the former townsite of Pine Point — once a community of 2,000 people supporting the Pine Point lead and zinc mine, but now a flat expanse of empty streets since the mine closed in 1988 and the town was demolished thereafter.

It’s been five days since we’ve heard from him, and odds are he won’t hit a cell tower again at the right time until he comes south in autumn — but Austin has shown a remarkable knack for being in the right place at the right time, so don’t count him out entirely. While cell towers are scarce (to put it mildly) in the subarctic and Arctic, he’s picked a route through about the densest concentration in the Canadian North. There are bunch around the north side of Great Slave, near Yellowknife, and a few at bush communities all the way up to Banks Island in the Arctic.

Will he find them and give us a midsummer report? At this point, I’m not inclined to bet against him.

A Postcard from Churchill, and an Old Friend Gone
Austin, Flin Flon and Uranium

4 Comments on “On the Shores of Great Slave”