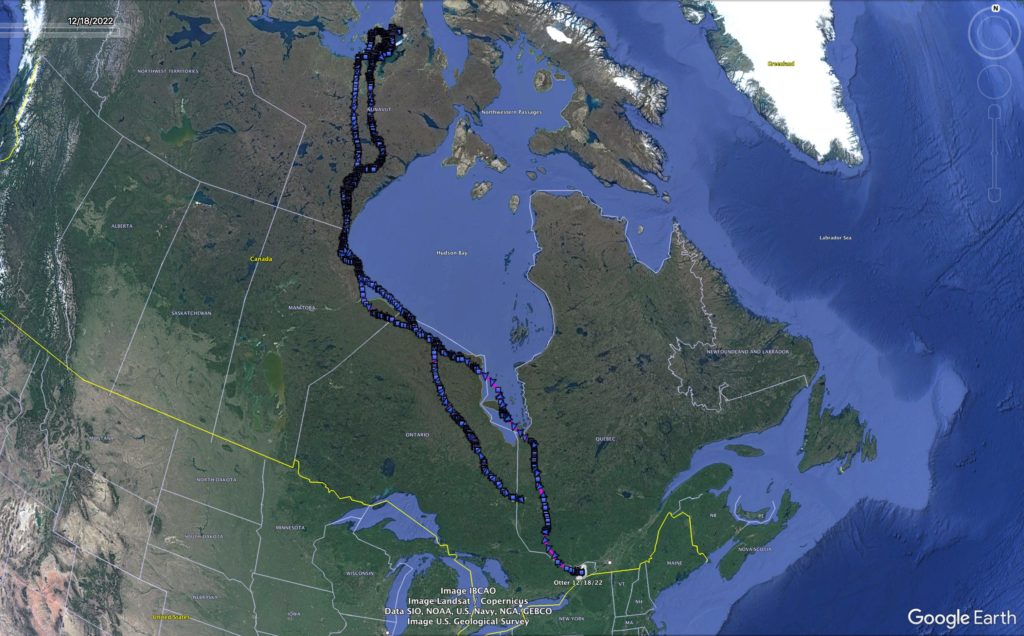 Well, just a day after our last update on Dec. 14 lamenting how quietly the season was starting, we got the great news that Otter — our 2019-tagged adult male fitted with a hybrid satellite-GSM transmitter so we can track him in the off-season — was back on the cellular grid in southern Ontario.

With his arrival we got an early Christmas present in the form of more than 11,700 GPS points stretching back to April 18, 2022, when he winked out of cell contact on his way north from his winter territory near Lake Abitibi, QC. Thanks to his weekly Argos satellite fixes, we had the bare bones of his movements in the Arctic between then and the end of September, but now we can see exactly what he was up to, and why he reappeared so suddenly in the south. 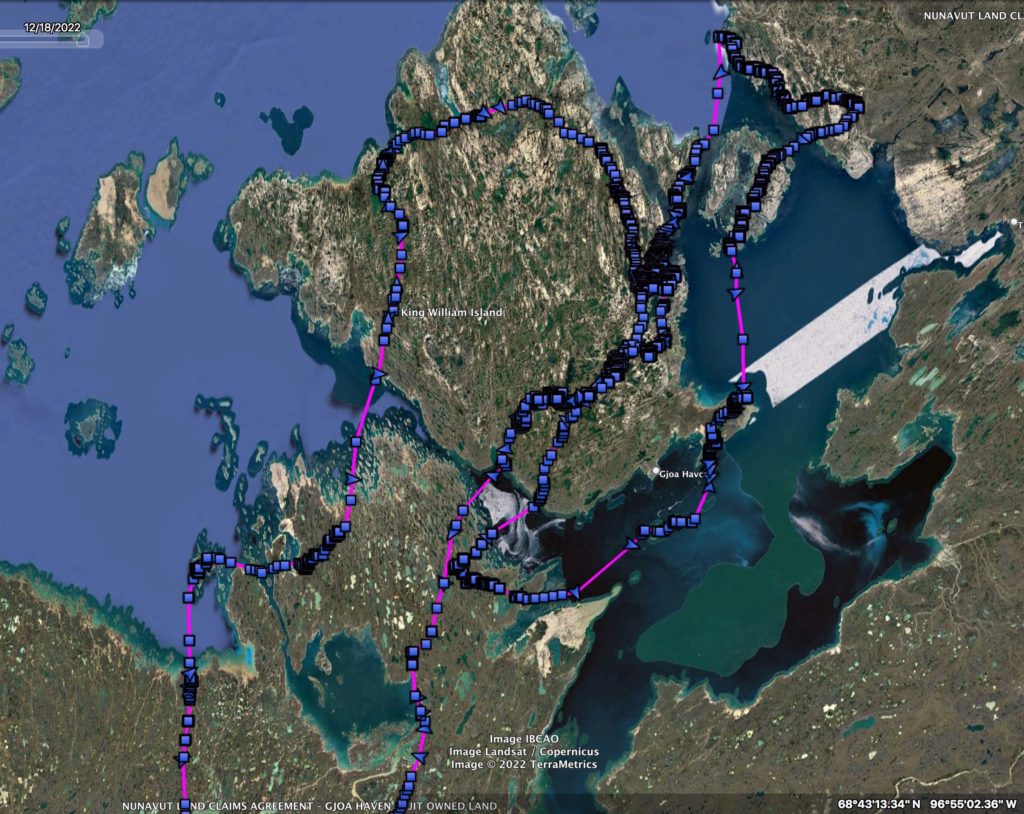 Now that we can see his full tracking data, it’s clear Otter did not nest last summer in the Canadian Arctic. (©Project SNOWstorm and Google Earth)

As we suspected from his Argos satellite data, Otter appears not to have nested this past summer; instead he wandered around between June and September in the Canadian Arctic Archipelago, from the Adelaide Peninsula to King William Island and the Boothia Peninsula.

In September and October, Otter began moving steadily south and then east, migrating about 1,890 km (1,180 miles) around the southern end of Hudson Bay — and then stopped. For more than a month, from Nov. 1 to Dec. 5, Otter holed up in a fairly small  area of coastal plain about 110 km (68 miles) west of Cape Henrietta Marie at western edge of James Bay.

When he started moving again, though, he made good time, flying 1,370 km (850 miles) in just 10 days, arriving south of Ottawa, ON, on Dec. 14. Because he was in a populated area with a lot of birders, it’s not surprising that he was quickly spotted. Several folks photographed him and uploaded the images to eBird, including this checklist, and this one. 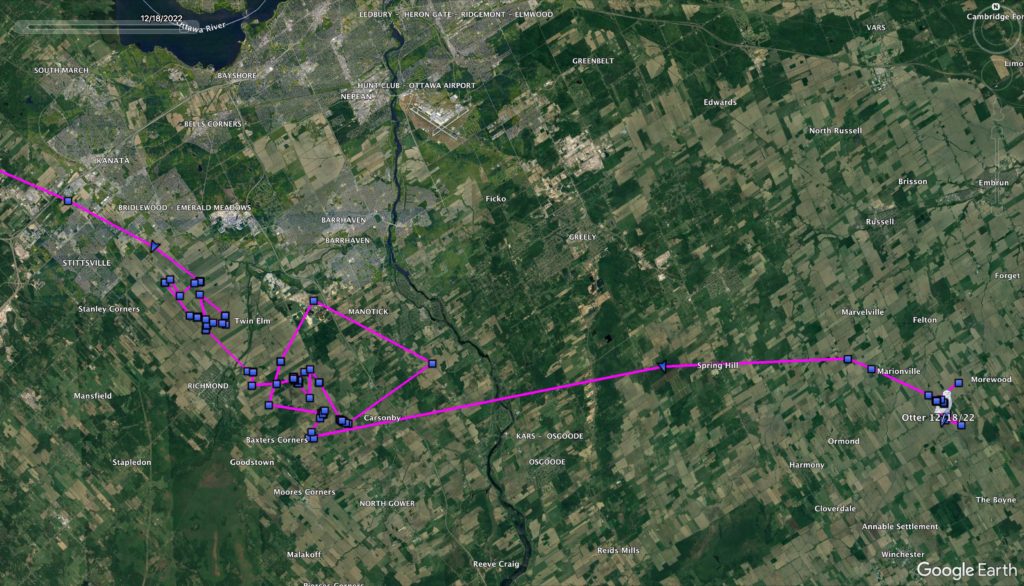 Yesterday Otter moved yet again, and was southeast of Ottawa near the towns of Moorewood and Marionville, ON. It will be interesting to see if he gravitates back to the upper St. Lawrence valley of Québec, where he spent two previous winters, or if he crosses the border back to upstate New York, where he was first tagged in January 2019 near Ft. Drum. On the other hand, this tough old adult spent the winter of 2020-21 in the subarctic on the Torngat Peninsula in northern Labrador, so it’s anyone’s guess where he’ll end up this time. We’re just delighted to have him back.

Not much news from our other returned owl, Columbia, who for the moment at least seems content to stay in southern Manitoba about halfway between Winnipeg and the North Dakota border.

A Year-end Update, and an Out-of-Place Owl
Pretty Quiet Out There

3 Comments on “Otter’s Back on the Grid”