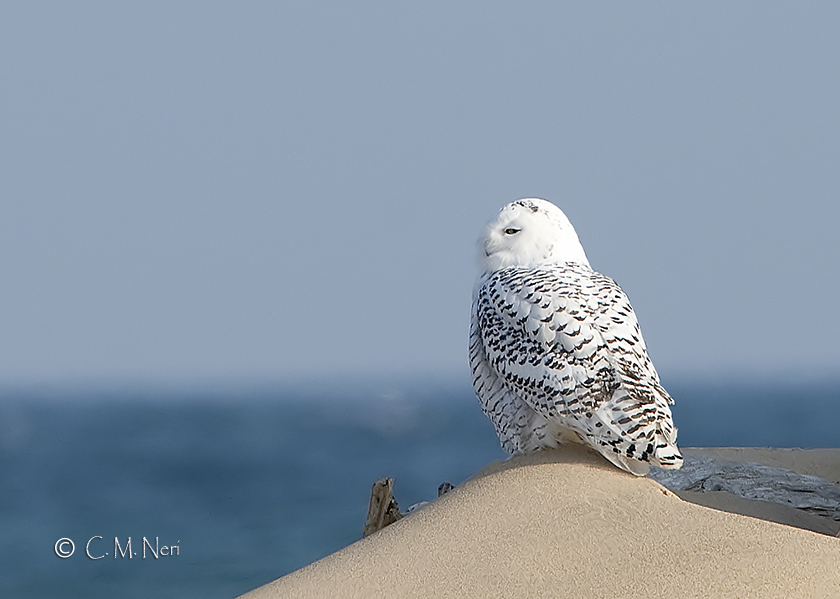 This year the start of our field work, the return of many of our tagged owls and the launch of our annual funding campaign coincided with Giving Tuesday — and the Project SNOWstorm community stepped up in astonishing fashion. We are already more than a quarter of the way to our goal in just a few days. Thank you.

As always, almost everyone involved in SNOWstorm does so as a volunteer, or through the support of their employers (including state, provincial and federal resource agencies). Because of that, the money we raise goes straight into the field or the lab, in the form of transmitter, toxicology testing and the other nuts-and-bolts things we need to make this project a success.

We are deeply grateful for every donation, large or small, but we do want to offer particular thanks for those who have supported us (some significantly) every year since we started in December 2013. You folks feel like family, and we’re humbled by your continuing enthusiasm for what we do.

On a more personal note, I’d like to recognize those who made donations in memory of Bill Stewart of Delaware. Bill, one of the giants of birding and bird conservation in the Delmarva region, and a vice-president of the American Birding Association, passed away last month after a life devoted to sharing birds with the wider world. Through the Delaware Ornithological Society (where he was past president), Bill was an early supporter of Project SNOWstorm, and shepherded a number of DOS donations to underwrite the purchase of transmitters. It was one of the many ways Bill worked to protect and understand birds. We’re honored to be able to use donations in his honor to further work he believed in. (As we are all memorial contributions, which we consider among the most important we receive.)

Again, thank you for making what we do possible.

3 Comments on “Our Deepest Thanks”