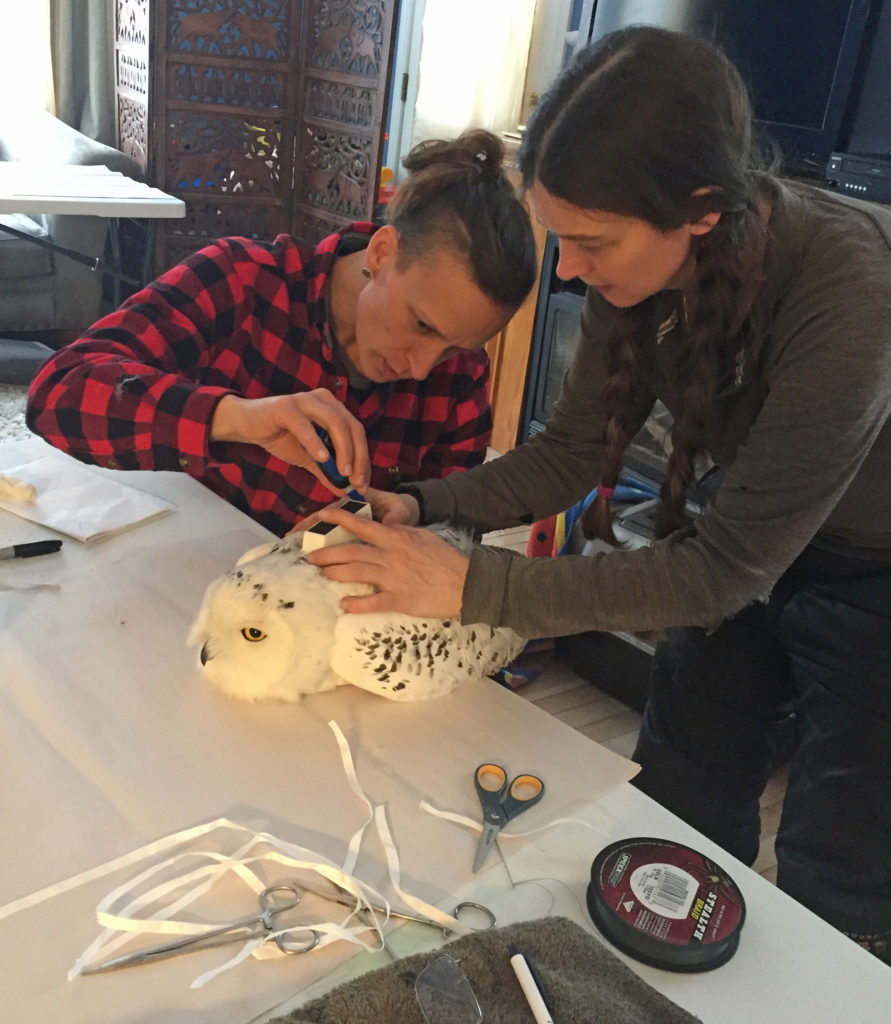 Even as the season’s winding down, things are heating back up. We have a new owl in Michigan to introduce — Romulus, an immature male named, not for one of the legendary founders of ancient Rome (at least not directly), but for the town of Romulus, MI. That’s actually where the Detroit Metro Airport is located, and that’s where airport biologist Selena Creed captured him late last month. 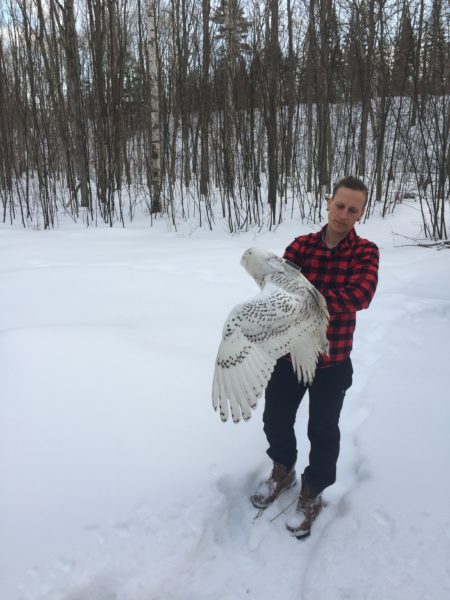 Selena transported him north and met with longtime SNOWstorm banders Nova Mackentley and Chris Neri, who fitted him with a transmitter, and Selena then released him in Huron County, in the “thumb” of the Lower Peninsula, late on the night of Feb. 26.

So far, so good; Romulus has zigzagged back and forth across Saginaw Bay (one of the few areas on Lake Huron that’s solidly frozen) and March 1 he was on the ice just north of Bay City.

Look for Romulus’ map to be posted soon to the SNOWstorm list — the rapidly growing list — of newly tagged owls from this winter. For the moment, the link above may be inactive, but check back in a day or so.

Incidentally, Selena (like most raptor biologists) usually use traps of various sorts to catch owls. But on at least four occasions this winter, Selena’s caught snowy owls at the Detroit airport by hand. Seriously; she sneaks up, rushes and grabs them. That, my friends, is hard-core raptor trapping.

(Oh, and there is a Remus, MI, by the way — but we haven’t caught or released an owl there yet, so the Romulus-and-Remus historical symmetry is as yet incomplete.) 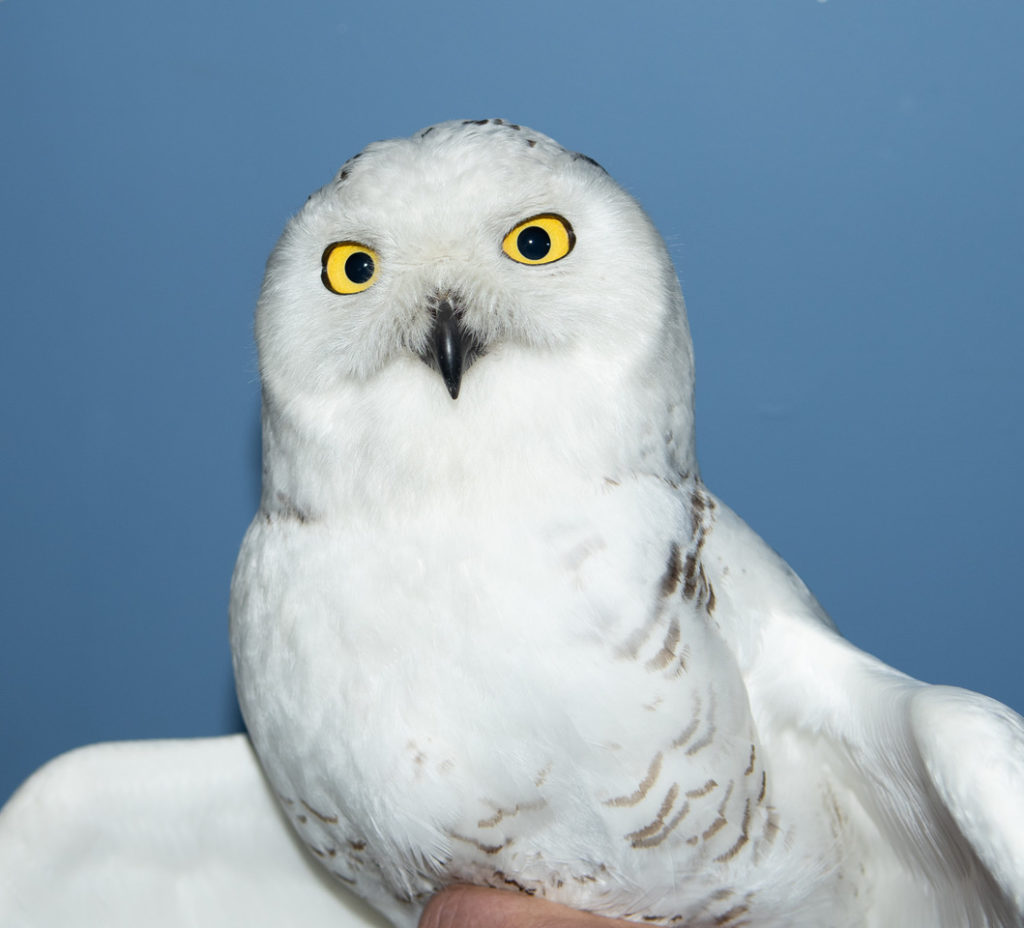 Echo on the Ice
One, Two, Three New Owls

8 Comments on “Romulus (No Remus, at Least Not Yet)”