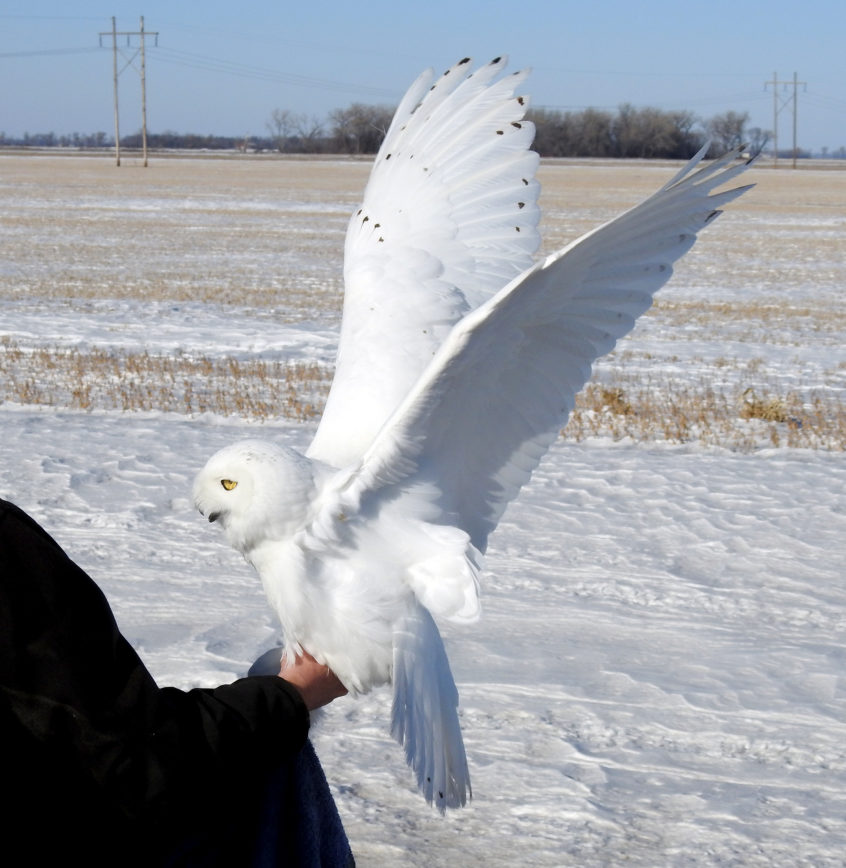 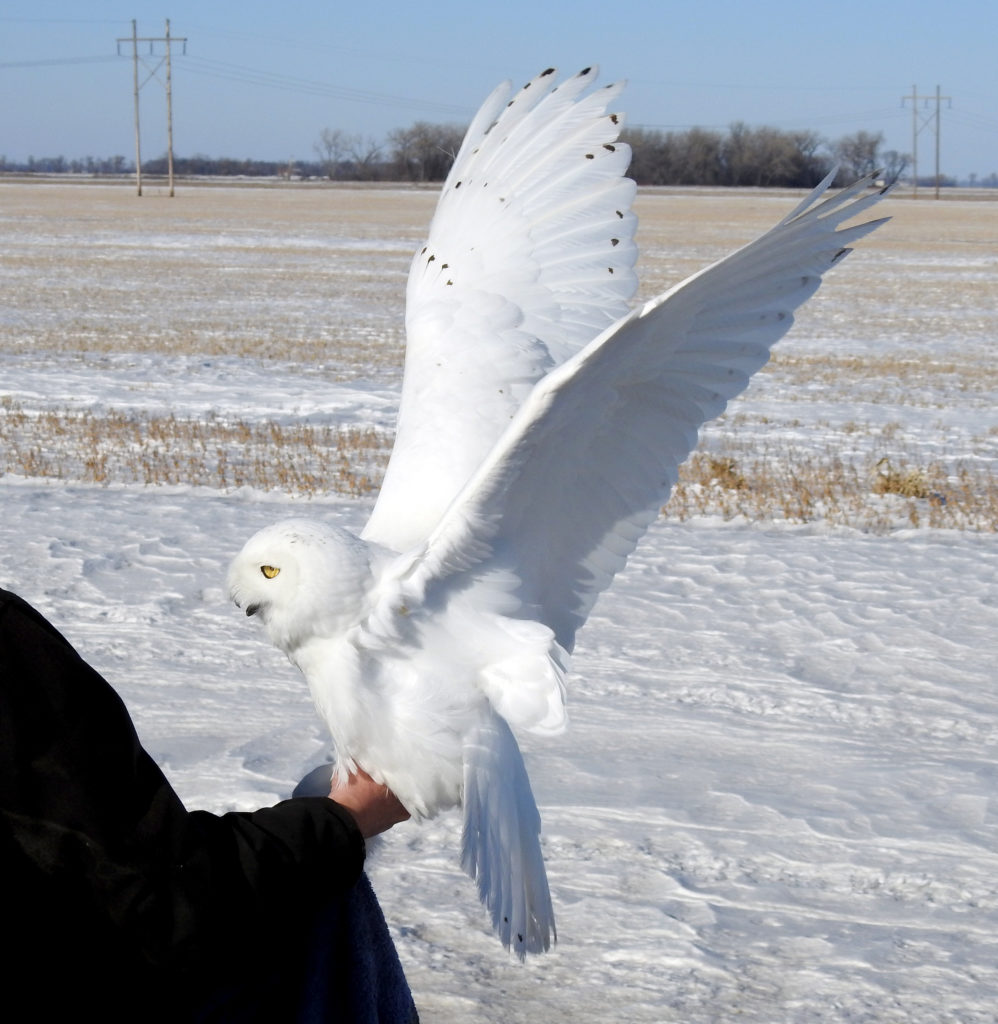 Argus flexes his wings just before his release. (©Dan Mason)

Harwood has some company. Last weekend, the ever-busy Matt Solensky was able to tag another adult male snowy north of Fargo, ND, in almost the same spot where he’d caught Harwood the weekend before.

On Friday, Jan. 19, Matt got a call from Dan Mason, one of the Fargo-area birders who have been so helpful in finding snowy owls. Dan had seen a bird perched on the same billboards along I-29 where Harwood was caught, but couldn’t see a transmitter and thought it was a different bird. Matt was skeptical, but decided to head out the next day to try. 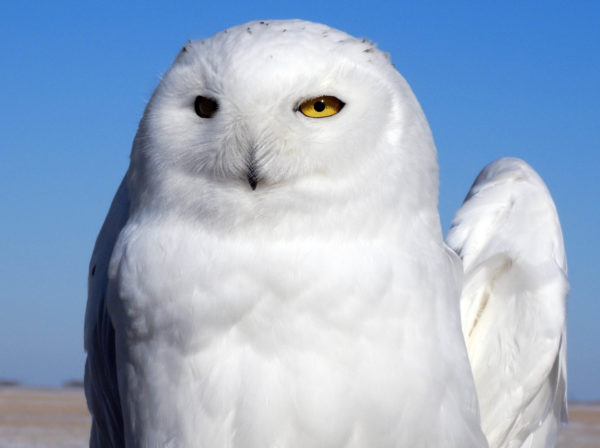 Argus is the second of at least four owls north of Fargo, ND, to be tagged this winter. (©Dan Mason)

Saturday morning, Matt quickly found a snowy perched on top of a high pole. “It was a bit far, but I thought it was worth a shot. It wasn’t,” he said. “A couple hours and a visit from a bored county deputy later, I picked up the traps and moved on.” He had a similarly poor response from a second owl he located, and so decided to investigate the spot Dan had mentioned — especially after emailing me from the road to ask me to check Harwood’s tracking data, which made clear that the owl Dan had spied was, in fact, a different bird.

Matt set up a trap, then waited for 40 minutes before the owl made a pass. It was a miss, but the owl came back repeatedly until he was finally caught. The bird was extremely white and, based on his wing molt, at least five years old. Matt dubbed him Argus, for the nearby town of Argusville, ND. “Interestingly, I looked at Dan’s pictures and compared them to Argus and it was not him.” What’s more, Matt found yet another snowy nearby the next day, a much darker bird than any he’d seen,  but wasn’t able to get it.

So there are at least four owls along the interstate near the towns of Harwood and Argusville, two of them sending us data — and perhaps we’ll have more, if Matt keeps up his run of luck. As was the case last winter in Wisconsin, we’re hopeful we’ll be able to see how multiple owls share the same landscape and interact with each other — and we’re fulfilling our goal of increasing the number of tagged owls we’ve tracked in prairie/Great Plains habitats, to balance the robust coastal/Great Lakes data set we have.

Argus’ map and tracking data will be up soon — stay tuned!

Otter, the Hybrid Owl
A Tough (and Smelly) Break

10 Comments on “Say Hello to Argus”