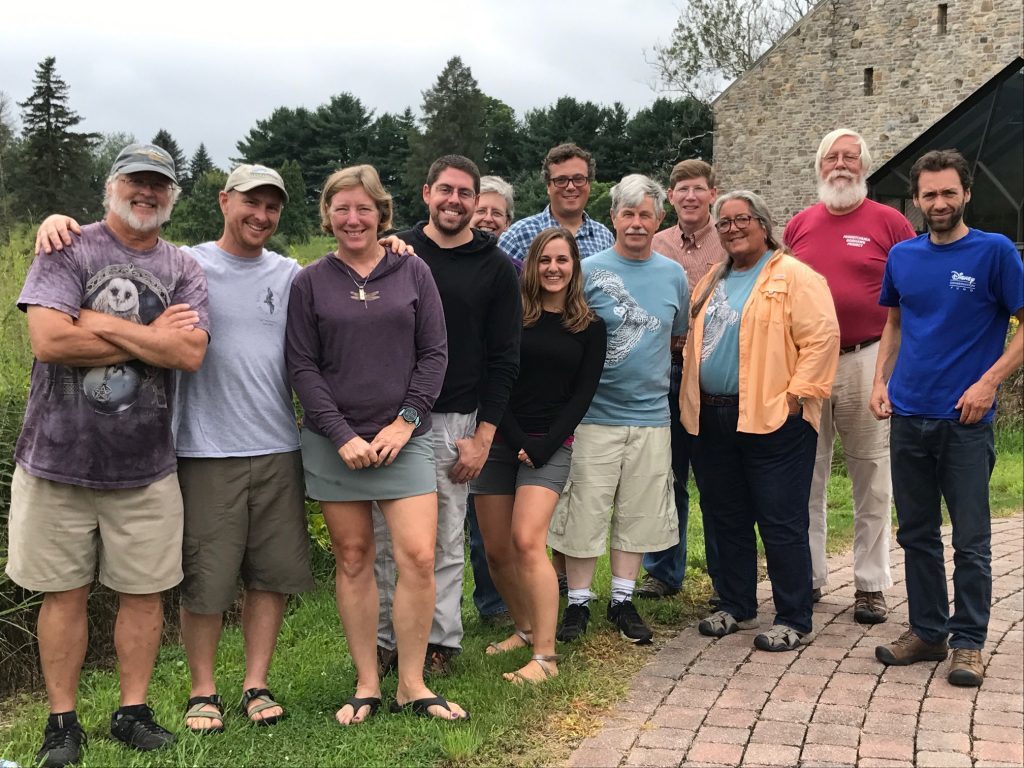 This time four years ago, I was contemplating a quiet winter in which I could finish the manuscript for a then already-overdue book on owls. What I wasn’t expecting was that just a week or two later my life — and the lives of dozens of my friends and colleagues — would be upended when we realized an historic irruption of snowy owls was taking place in the East.

That was, as most of you know, the genesis of Project SNOWstorm, born in a frantic rush in December 2013. With no forethought or chance to plan, and with spontaneous support from hundreds of people around the world, we launched what quickly grew into one of the most ambitious snowy owl research programs in the world.

Here we are four years later, as it appears that another big irruption is unfolding across the Northeast and Midwest (right on schedule, since such invasions usually occur, on average, at four-year intervals). In a lot of ways, SNOWstorm is still the same highly collaborative, pull-up-your-bootstraps, publicly funded operation you’ve come to know and love. But in a lot of other ways, SNOWstorm is growing up.

Back in August, most of the Project SNOWstorm brain trust gathered at Hawk Mountain Sanctuary in Pennsylvania, hosted by team member Dr. Jean-François Therrien. Over the course of several intense days we took a close look at how far we’ve come, what we want to accomplish in the years ahead and how best to do it. What questions should we be asking, and how can we answer them? What approaches should we take in tracking, or lab work? How will new technology allow us to explore the world and ecology of snowy owls in innovative ways? Should we change the structure and direction of SNOWstorm, or stay the course? 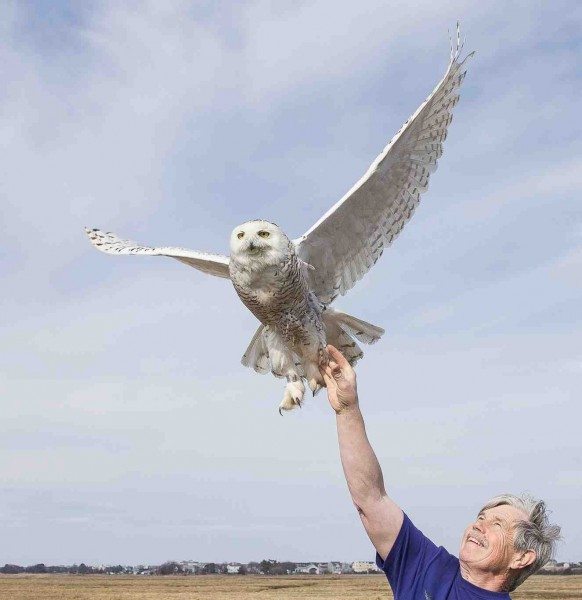 It was an exhausting but exciting process. We came out of the meeting with a formal governing structure for Project SNOWstorm, mission and vision statements (crucial to keeping an organization on-target), long-term research goals that build on our past work, and a business plan for the organization that we’ll be finalizing the coming months. And because this time we had some hints from the North that another irruption might be brewing, we were able to make a lot of plans for this winter well in advance, rather than reacting to circumstances as we have in the past.

Our vision statement — the aspirational goal for how we want the organization to be seen — is also a pretty good description of where we are already: “Project SNOWstorm is a highly collaborative, multi-disciplinary effort by respected scientists and organizations, using ground-breaking science to study snowy owls; to understand their health and how it reflects the health of our shared environment; to engage the public in their conservation; and to work at local, regional and international scales to ensure their long-term survival.”

To make sure we reach our goals, we’re putting in place an advisory board representing the various programmatic elements of SNOWstorm, which I’m honored to have been chosen to chair. But the bulk of the meeting was devoted to road-mapping our work over the next five years or so, in five broad categories: movement ecology; eco-toxicology and health; demography and connectivity; education; and conservation.

I’m not going to dive too deeply into all the areas, but to give you a sense of the detail, here’s what we’re aiming to accomplish in movement ecology alone:

—Tag multiple owls in close proximity, to study their interactions and behavior. (This springs from the fascinating data we got three winters ago from Chippewa and Whitefish Point, who occupied neighboring territories on Michigan’s Upper Peninsula.)

—Tag owls as early in the season as possible, to document movements before they settle on winter territories. (We’re already at work on this. Matt Solensky in North Dakota had a near-miss with an adult female last week on the prairies, while Tom McDonald in New York caught two birds late last week but felt neither was quite heavy enough for a transmitter. We’re trying!)

–Continue to study how owls use airports, looking at weather, habitat and location, temporal variables and harassment by humans. (A major conservation goal is to use our data to guide management decisions and best practices regarding snowy owls at airports.) 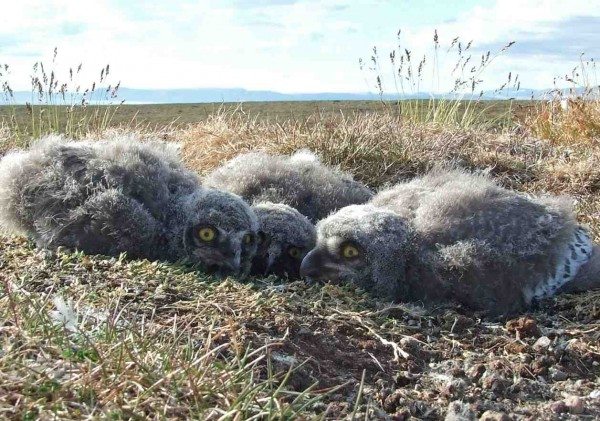 In the near future, we hope to begin tagging juvenile snowy owls in the Arctic to study their dispersal and mortality. (©Cassandra Cameron)

On the eco-toxicology front, we’ll use movement data to compare mercury levels between coastal and inland locations, and freshwater versus marine ecosystems. We’re expanding our necropsy and toxicology work to a much broader area, including new partnerships with researchers and agency personnel in British Columbia, spearheaded by Ildiko Szabo at the University of British Columbia’s Beaty Biodiversity Museum. And we’re going to look more deeply into DDE contamination, to see why this breakdown product of the infamous pesticide DDT is so prevalent in snowy owls.

Looking at demography and connectivity, we want to track owls tagged on the breeding grounds, with an emphasis on paired birds and juveniles, to look at dispersal and mortality. We also want to trap and retag previously tagged owls, to maintain the longest possible tracking life on each.

We’re also delighted to welcome Rebecca McCabe, who is starting her Ph.D. at McGill University and will be analyzing much of the movement data we’ve collected over the past four years. Having Becca on board is a huge step forward for SNOWstorm, and we look forward to working closely with her as she refines the questions she’ll be asking in her research.

There’s a lot more, but this post has gotten too long already. We’re poised not only for an exciting winter, but a long and fruitful path ahead for many years. In the meantime, we have CTT transmitters in the field and ready to be deployed in North Dakota, Michigan, New York, Pennsylvania, Massachusetts and Maine, and others in reserve as needed. And we’re hoping that one or more previously tagged owls will be back in cell range soon, though this irruption thus far looks as though it’s mostly juveniles on their first migration south.

As always, none of this work would be possible without you. Thanks for your interest and your support over the years. (And if you want to help again, we’ll be launching our 2017-18 fundraising campaign on Generosity.com next week, on Giving Tuesday — thanks in advance!

First of the Season: Hilton!
A New Season - and a Report from the Arctic