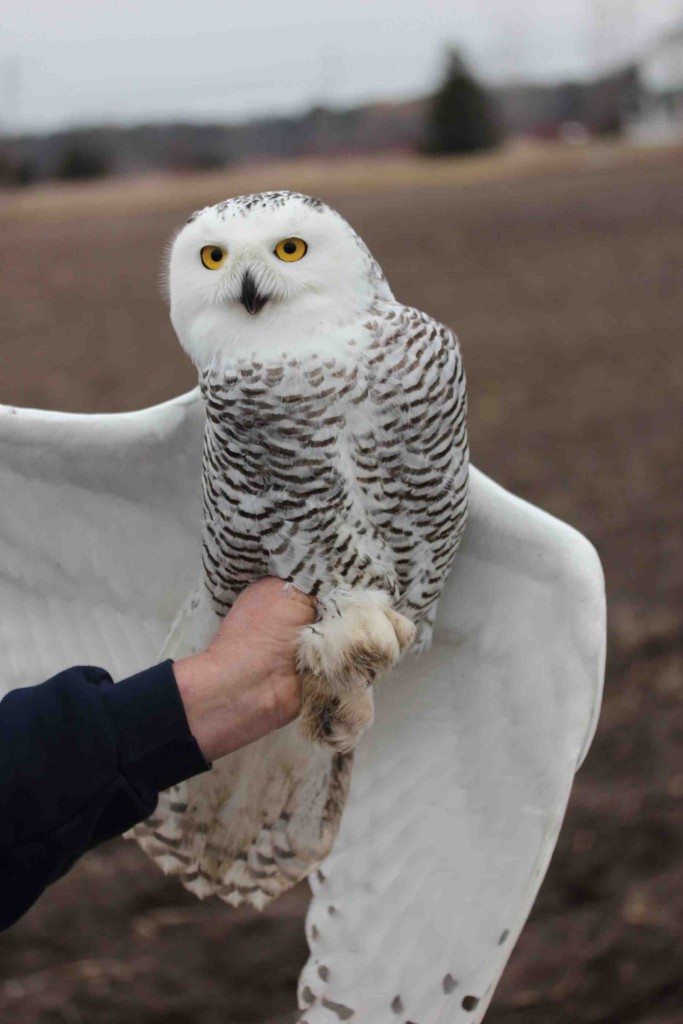 Just fine despite being mobbed by crows, this young female snowy owl is one of several Tom McDonald has caught recently on his way to banding his 500th snowy. (©Melissa Mance Coniglio)

SNOWstorm team member Tom McDonald’s been on a tear since the tail end of December, when a lot of snowies moved into northern and central New York. A bander like Tom never knows what that might mean.

On Jan. 2, for instance, he got a call from a birder that there was an injured snowy owl in a field just west of Rochester, where Tom lives. “By the time I arrived, close to 14 people were already on the scene, including an animal control officer and the Border Patrol,” Tom said.

“After asking a few questions about the owl, it became increasingly clear that a simple mobbing by crows turned an everyday event into a full-blown emergency of biblical proportions.”

Tom quickly caught the owl, which was uninjured. “While processing the healthy juvenile female, I made sure that everyone in attendance understood that what they had witnessed was a natural process, and that the owl was not being beaten by the crows,” he said.

Snowy owls — and predators in general — are often mobbed by smaller birds; it’s a way of harassing a potential threat and perhaps prodding the owl into moving along. Crows are famous for mobbing hawks, eagles and large owls, and they can make life miserable — though rarely dangerous — for a snowy.

Tom’s also been working closely with the folks at Finger Lakes Regional airport at Seneca Falls, NY. (As longtime readers of this blog know, snowy owls love airports, despite the danger they pose to planes, and vice versa. One of Project SNOWstorm’s major goals is to work with airport managers and federal Wildlife Services agents to come up with better ways to keep both owls and planes safe.)

On Jan. 3, Tom caught and relocated two big female snowies at the airport. The first bird he caught was this juvenile female that weighed a very healthy 2,296 grams (about 5 pounds): 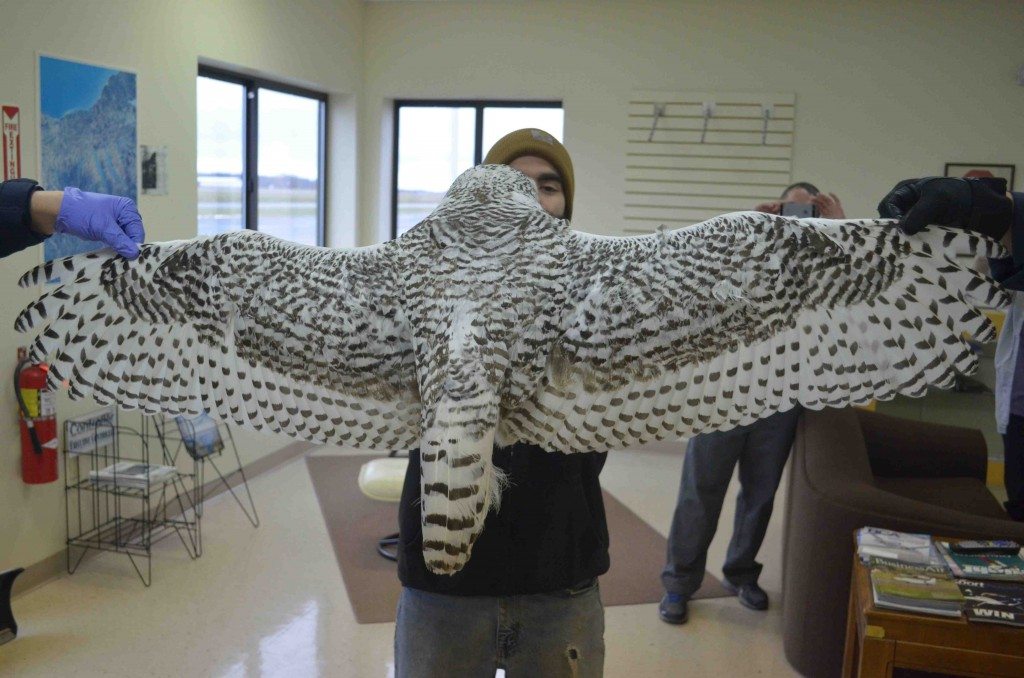 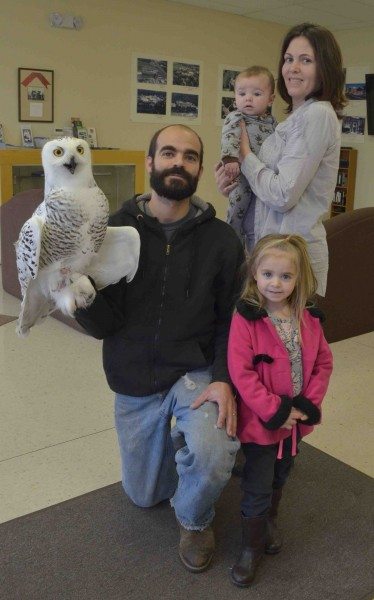 And not long thereafter, he caught a very large adult female weighing an impressive 2,507 grams (5.5 pounds):

Tom snapped this photo of Dave Farwell, who oversees operations at the airport, with his wife Claire and their kids Elissa and Elon, just before the second owl was released:

That big adult was the 500th snowy owl that Tom has personally banded since he started working with these birds more than 25 years ago — and that doesn’t include retraps and foreign encounters (snowies that he caught that had been banded by other researchers). Congratulations to Tom, one of the core members of the SNOWstorm team, for reaching this impressive milestone.

All Over the Map
Challenge Match from the Bobolink Foundation!