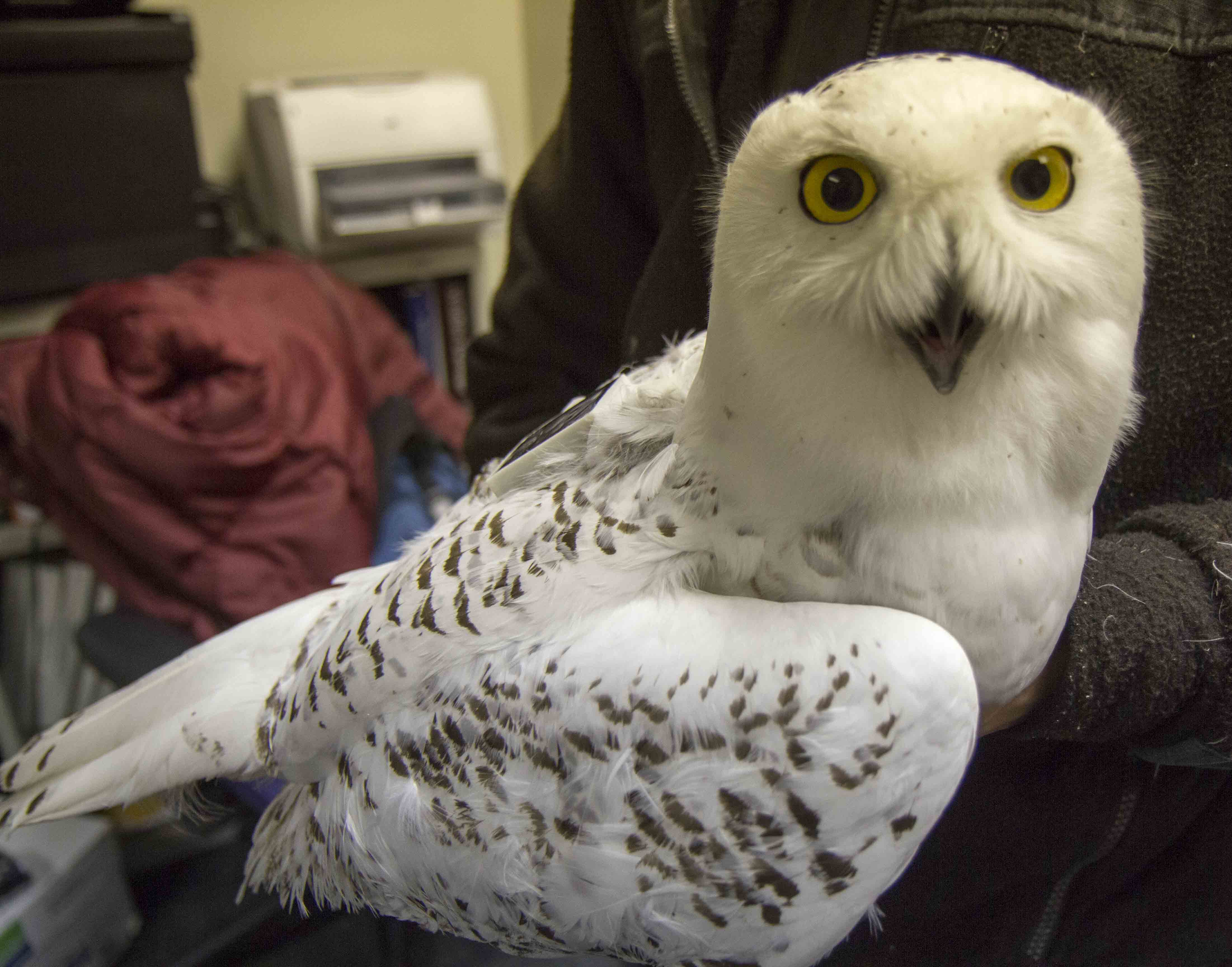 As soon as I heard Jenny Martin’s voice on the phone early this morning, I knew it wasn’t good news.

Jenny is the USDA Wildlife Services technician at Philadelphia International Airport, and she’d just gotten word that the crew of a cargo plane had reported hitting a snowy owl at 7 a.m. today. The airport operations crew quickly recovered the bird — and it was Philly, our tagged male, dead.

We banded Philly on Jan. 9, and moved him 40 miles west to the safer environs of Lancaster County. Within two days he’d returned to the airport, though, and had thwarted a number of attempts since then to recapture and move him.

In fact, this week Jenny had been using a Swedish goshawk trap (a huge, cage-like device) to try to entice him, and we were going to make another full-court press Friday and Saturday to trap him.

We’ve been worried since the beginning that he was living on borrowed time, not only because he liked to hang out at the end of runway 27R, but because his favorite evening hunting perch was right next to the northbound lanes of I-95 in front of the airport. You may recall that he gave us a bad moment last week during a snowstorm, when we thought he might have been hit by a car.

We always knew that there was a good chance we’d lose one or more of our tagged owls this winter. The snowies we’re seeing in this irruption are largely young birds, and that inexperience — combined with the natural naiveté of snowy owls about humans in general — is a dangerous combination. Some of our other owls are frequenting airports and highways, but for sheer danger, Philly was in by far the riskiest place.

It’s also a reminder of how especially dangerous airports are for snowy owls — and in turn for the planes they sometimes hit. There have been a number of snowies killed by plane strikes at airports across the Northeast this winter, and each one is a risk not just for the owl, but for the plane, it’s crew and passengers.

That’s why SNOWstorm collaborators like Norman Smith in Boston have been relocating so many — more than 50 in Norman’s case that he’s moved from Logan Airport.

Any researcher tries not to get too attached to their wild study subjects. But still, this has been a rough loss for us.