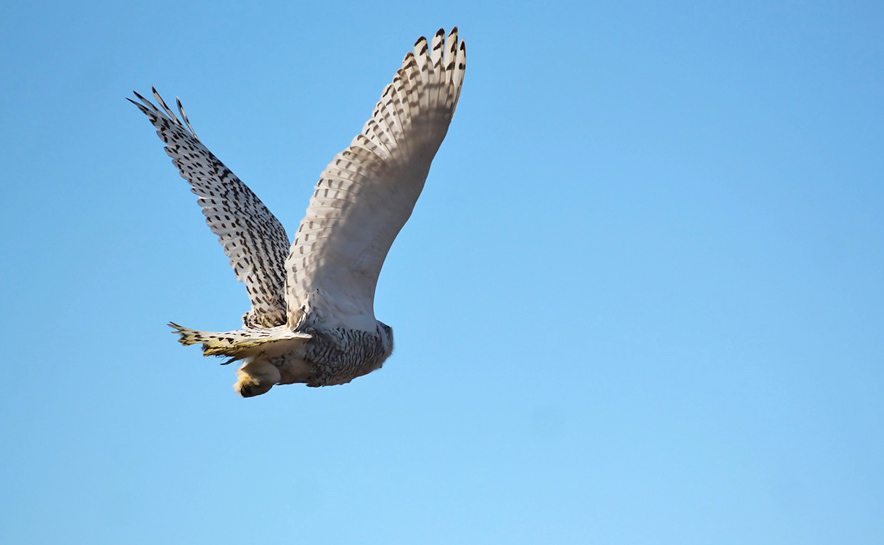 In our last update, we mentioned that Wells — the newly relocated airport owl — was sticking close to her release site at Rachel Carson NWR in southern Maine…at least for the first day or so. 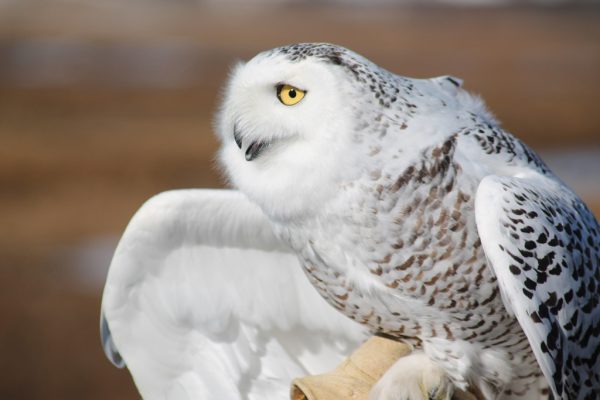 That didn’t last long, however. She checked in Thursday night, and Wells lit out pretty quickly — possibly pushed out by an untagged snowy that’s been hanging around the town of Wells and Wells Beach. Snowies can be highly territorial, and an established bird might not appreciate an intruder.

Wells moved rapidly up the coast about 20 miles (32 km) on Jan. 28 and 29, as though she was heading right back to the Portland Jetport where she was initially captured. Fortunately, she stopped short of Portland in Saco Bay, and since Jan. 30 she’s been spending her time along Old Orchard Beach, the Prout’s Neck peninsula, and some of the offshore islands like Bluff and Stratton (the latter an important seabird nesting island in the summer). 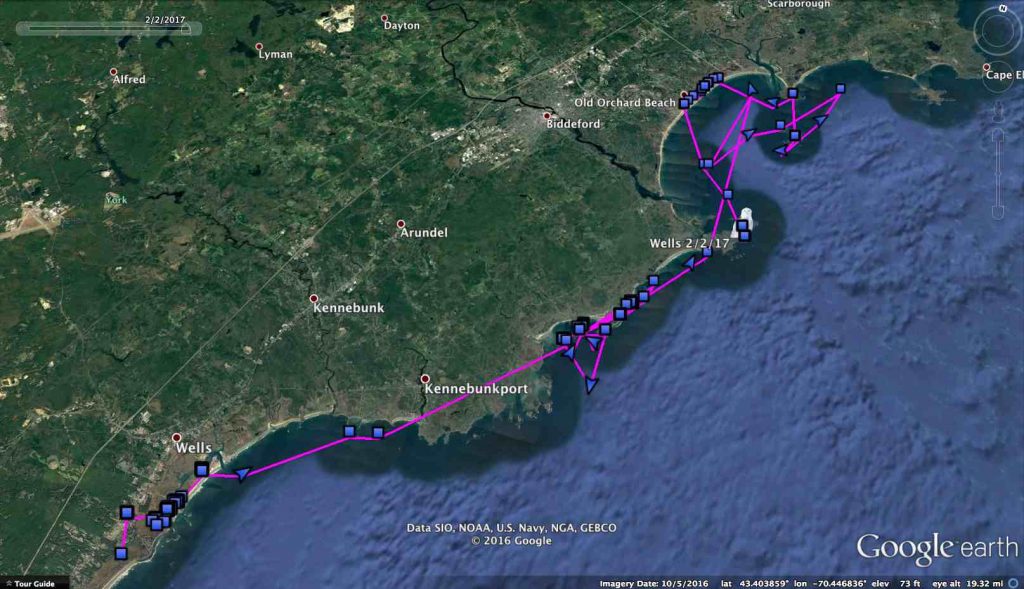 After bypassing Kennebunkport on her way north, Wells has fetched up on Saco Bay and Old Orchard Beach, ME. (©Project SNOWstorm and Google Earth)

At last report Thursday evening she was on a small island near the tip of Biddeford Pool, which frames the southern end of Saco Bay, and a regular spot for snowy owls in Maine. Let’s hope she likes that area, and stays away from the airport.

Meanwhile, in upstate New York, Oswego has been focusing her time almost exclusively on the town’s Lake Ontario waterfront, from Breitbeck Park on the western side of the river mouth to historic Fort Ontario on the east (who knew snowy owls were such 18th century history buffs?) to the jetties and breakwaters offshore. With the Great Lakes at nearly historic ice-free levels this winter — only about 8 percent ice cover, mostly in small bays — there’s been no opportunity for her, or any of the other owls this winter, to wander the frozen lakes as snowy owls love to do. (The lowest seasonal total, in 2002, was 9.5%.)

Hardscrabble, up in southern Ontario, and Dakota out in Saskatchewan, have both really settled in nicely to their winter territories, and aren’t moving much at all. Hardscrabble’s, as noted before, is an especially interesting case because he’s using farmland that surrounds an enormous forest block he rarely enters or crosses. Drawing a perimeter around his entire activity area would suggest he’s using a region of more than 3,000 ha (7,000 acres), but if you exclude the forested middle of the roughly oval area, the owl is really only using about 650 ha (1,620 acres).

Dakota, on the other hand, uses a very long, narrow activity stretching from northeast to southwest near Francis, SK. It’s elongated a bit in recent weeks, as she’s tended to range a bit farther to the southwest, but she’s using an area roughly 1,090 ha (2,700 acres) of almost entirely grain fields.

Baltimore remains near Kinburn, ON, but we know that because of the exhaustive efforts of Patricia and Dan Lafortune, who has been visually tracking his movements for us now that his transmitter has gone on the fritz. They’ve also been helping Tom McDonald make several attempts in recent weeks (including another one currently) to try to retrap this very elusive and shy bird. That’s a story deserving it’s own blog post, though, so stay tuned.