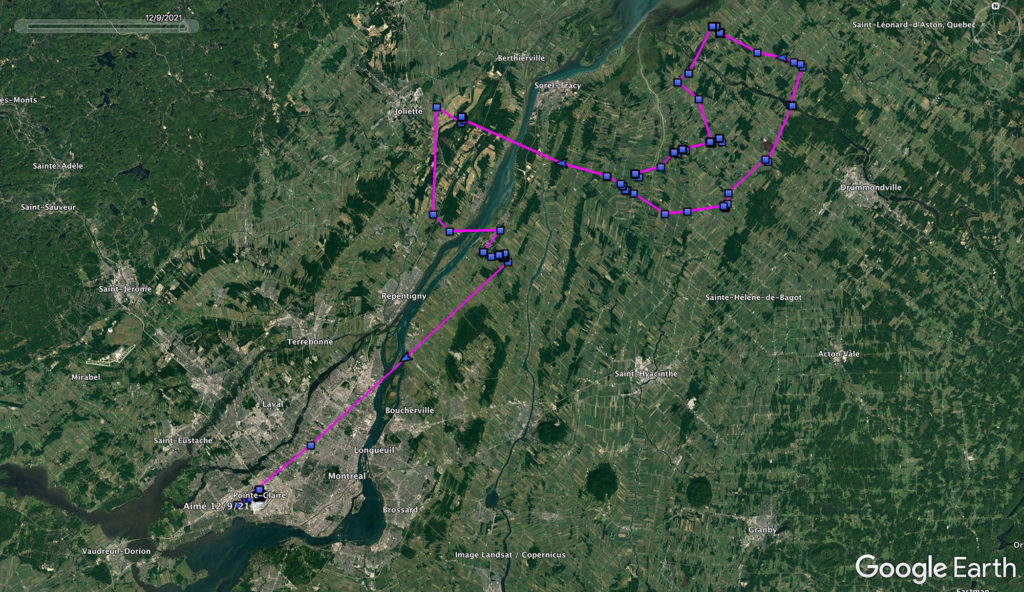 Back like a bad penny: Aimé’s fairly quick return to the Montréal airport last week. (©Project SNOWstorm and Google Earth)

Our first newly tagged snowy of the 2021-22 season has already demonstrated she’s a stubborn owl. 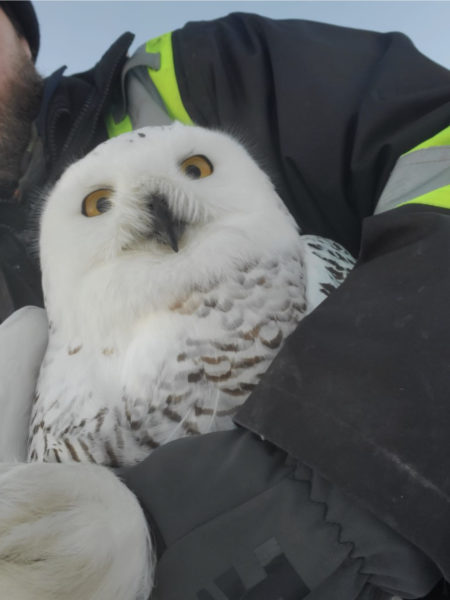 Aimé just after her capture, cradled by the good folks from Falcon Environmental.

Aimé — an adult female trapped at the Montréal-Trudeau Airport in Québec by Falcon Environmental, and tagged by Dr. Guy Fitzgérald at the University of Montréal, was relocated about 80 km (50 miles) across the St. Lawrence to farmland near the town of Saint-Aimé and released Nov. 29. She wandered around the area for four or five days, crossed to the north shore and back, and then after dark on Dec. 5 made a beeline back to the airfield, where she’s been ever since.

Falcon will be on the lookout for her — like all the owls they trap and move, she has temporary green dye markings at the bend of her wings, so she can be identified at a distance. We’ve had tagged owls that needed a second, sometimes even a third, removal before they stayed moved…and some that avoid recapture and remain on the dangerous grounds of the airport. Unfortunately, Aimé’s tracks so far show she spends a lot of time beside the main runway, unlike some airport owls that stick to less hazardous areas. We hope she stays safe.

We haven’t had a lot of new data from our returned owls, most of whose transmitters are still rebuilding voltage after uploading huge quantities of backlogged data. One exception has been Fond du Lac, last heard from Nov. 21 at the southern end of James Bay. Since then, this adult female moved another 535 km (330 miles) southwest, most of that in about three days, and on Dec. 9 was on the north shore of Lake Superior near Terrace Bay, ON. 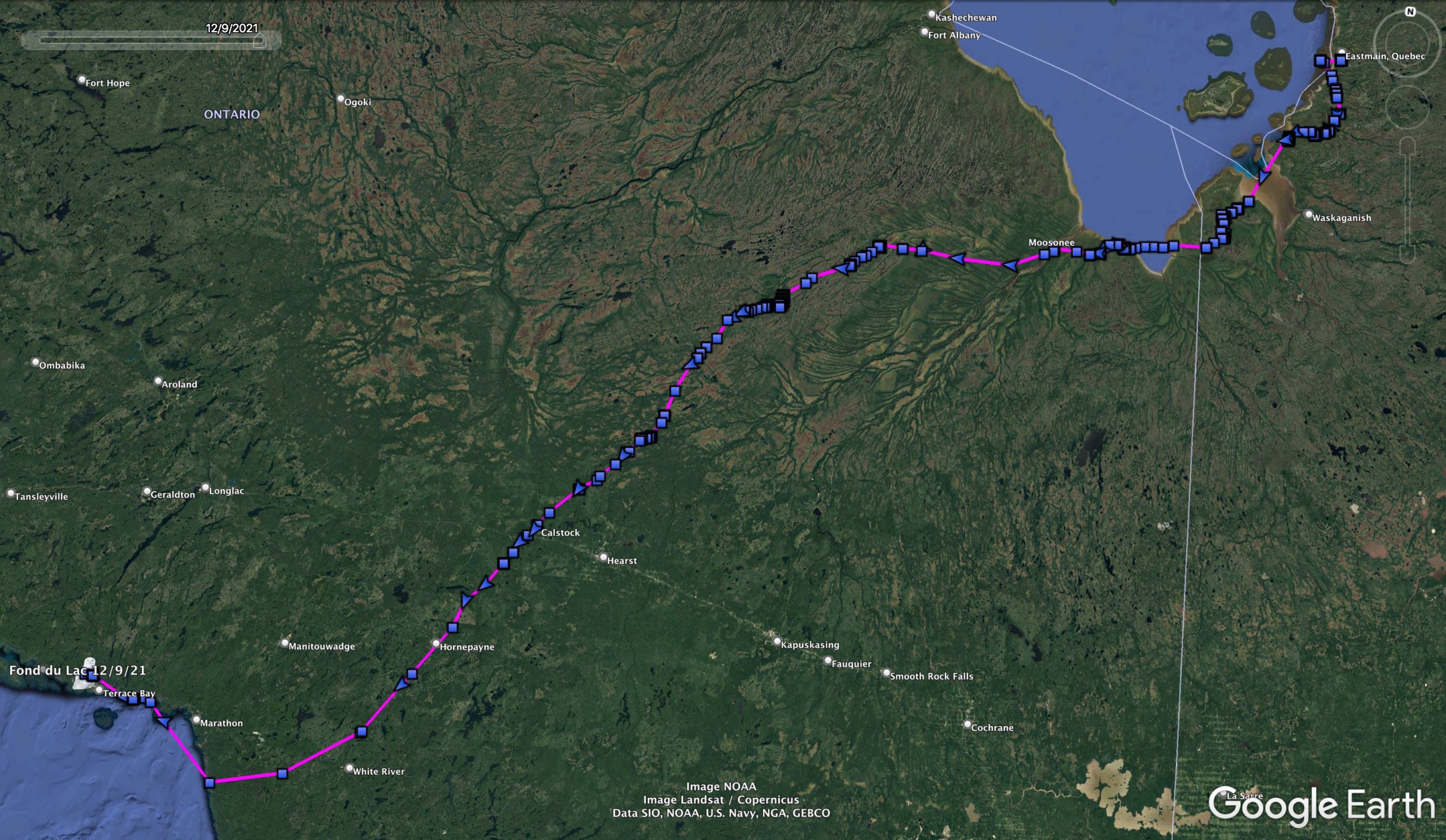 The Worst News, and Some Good News
Badger's Last Flight

2 Comments on “Welcome, Aimé (and an Update from Fond du Lac)”