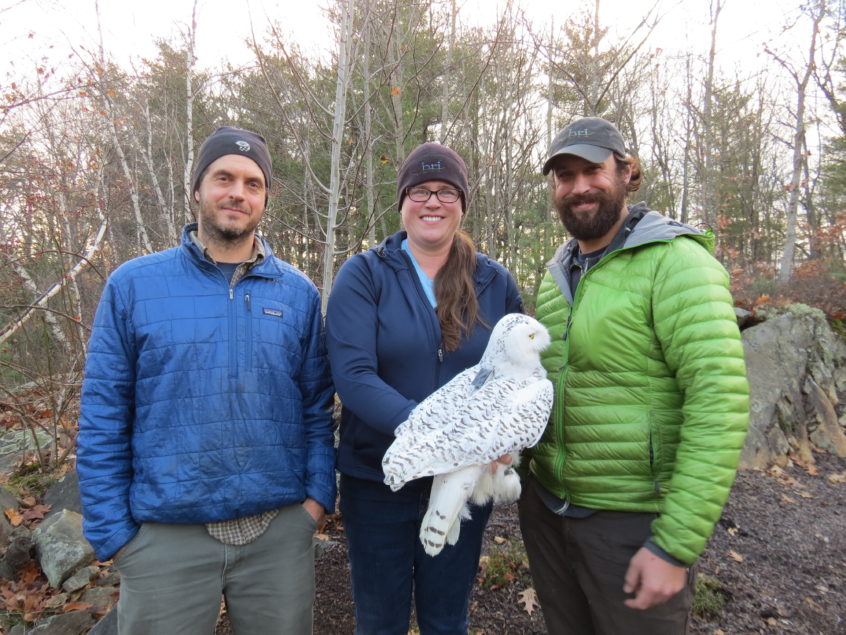 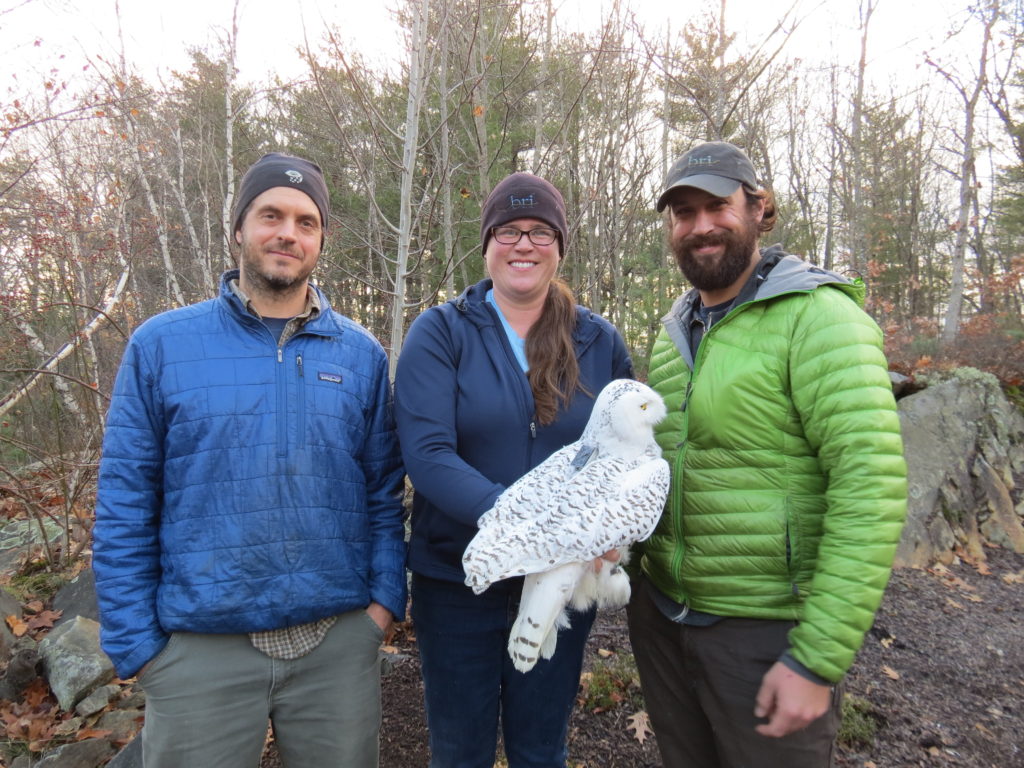 This was supposed to be a good-news story — tagging our first Maine owl of the year, a bird moved from a busy airport to the safety of a national wildlife refuge. Unfortunately, it’s turned out instead to be a sober reminder of the many dangers that snowy owls face when they come south.

On Dec. 6 USDA Wildlife Services, the federal agency charged with managing wildlife at airports, was notified that a snowy owl was seen at the Portland International Jetport — the third snowy of the winter there, and a potential hazard to aircraft. John Wood of Wildlife Services, who has cooperated with SNOWstorm for several years, arrived that afternoon and found the owl flying back and forth near the main runway. He quickly set up his trapping gear, and not long thereafter had captured the owl.

That’s when Lauren Gilpatrick’s phone rang at the Biodiversity Research Institute in Portland. BRI, a SNOWstorm collaborator, has worked with Wildlife Services to tag and help relocate three previous airport owls in Maine — Brunswick, Casco and Wells. Lauren, Chris DeSorbo and Chris Persico from BRI fitted this new owl with a transmitter. They were especially excited because all three previous Maine owls had been adult females, while this newest bird was a juvenile male.

The next day they moved the owl to Rachel Carson National Wildlife Refuge along the southern Maine coast, where both Brunswick and Wells had been released in years past. Refuge biologist Kate O’Brien and her colleagues at Rachel Carson have always been terrific about helping us with this aspect of our work, and the refuge’s expanses of tidal marsh, creeks and shoreline harbor lots of waterfowl and small mammals for a hungry owl. 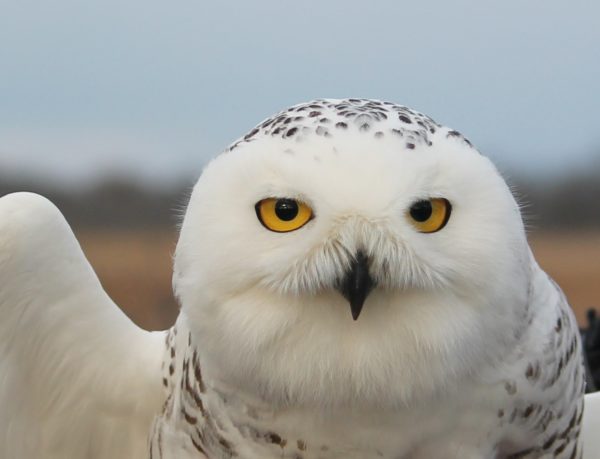 York, a young male, was captured at the Portland (ME) International Jetport, tagged and relocated to Rachel Carson NWR. (©Bri Benvenuti/USFWS)

Everything went fine for the first few days. We got several transmissions from “York” — named for the county in which the refuge is located — showing him moving around the marshes and making one abortive flight inland a few miles before turning around and coming back to the coast. He showed no inclination to fly the 25 miles (42 km) back to the airport, which was our biggest concern. Mostly he hung out in the shoreside community of Wells Beach, roosting on rooftops and utility poles.

But when York checked in the evening of Monday, Dec. 11, it was clear something was amiss. All of his GPS locations from the previous 24 hours were clustered on a back street in Wells Beach, not far from the marsh. I alerted our partners in Maine, but a snowstorm was moving in, and by the time refuge staff were able to get out to search the next morning, snow plows had already gone through. There was no sign of York anywhere.

Best-case, he might have somehow slipped his harness, but that was unlikely; the BRI crew are highly experienced in fitting telemetry units, and the woven Teflon ribbon we use is incredibly tough. More ominously, we noted that the locations were all clumped around an electrical pole — and we know that electrocution is an issue for many large raptors, including snowy owls.

Kate, Ryan Kleinert and other refuge staff kept looking without success, but after a fresh transmission Tuesday night showed the transmitter in the same area, they discovered why — one of the homeowners had found the owl, dead, placed it outside under a porch and planned to call a game warden after the storm passed. When Rachel Carson staff returned Wednesday morning, he pointed them towards the dead owl.

The pole under which York was found had a transformer and a welter of exposed wires, but while all signs point to electrocution as the cause of death, York will be sent to the University of Pennsylvania’s Animal Diagnostic Laboratory and necropsied by our team of Dr. Sherrill Davison, Dr. Cindy Driscoll and Dr. Erica Miller. The transmitter appears to be undamaged, and if it checks out it will be redeployed on another owl this winter.

This is not the story we were hoping to tell, but it’s an important one on several levels. It shows the degree to which wildlife officials, some airports and others are going to safely relocate snowy owls — but also the many other dangers that lurk out there for raptors of all kinds. Snowies wind up injured or dead from vehicle strikes, toxins like rat poisons and mercury, and even collisions with utility lines in which electrocution isn’t a cause — we lost Oswego, one of our 2016-17 owls, to such a collision last spring in Quebec.

Even a sad case like this one is a learning experience. We’ll be reaching out to the utility that owns the pole in question, and in the meantime we’re deeply grateful to John Wood and his colleagues at USDA Wildlife Services in Maine, and to Kate, Ryan and the rest of the staff at Rachel Carson NWR who have welcomed our tagged owls in the past, and who braved lousy roads in the snow to look for York.

2 Comments on “The Wrong Kind of News”