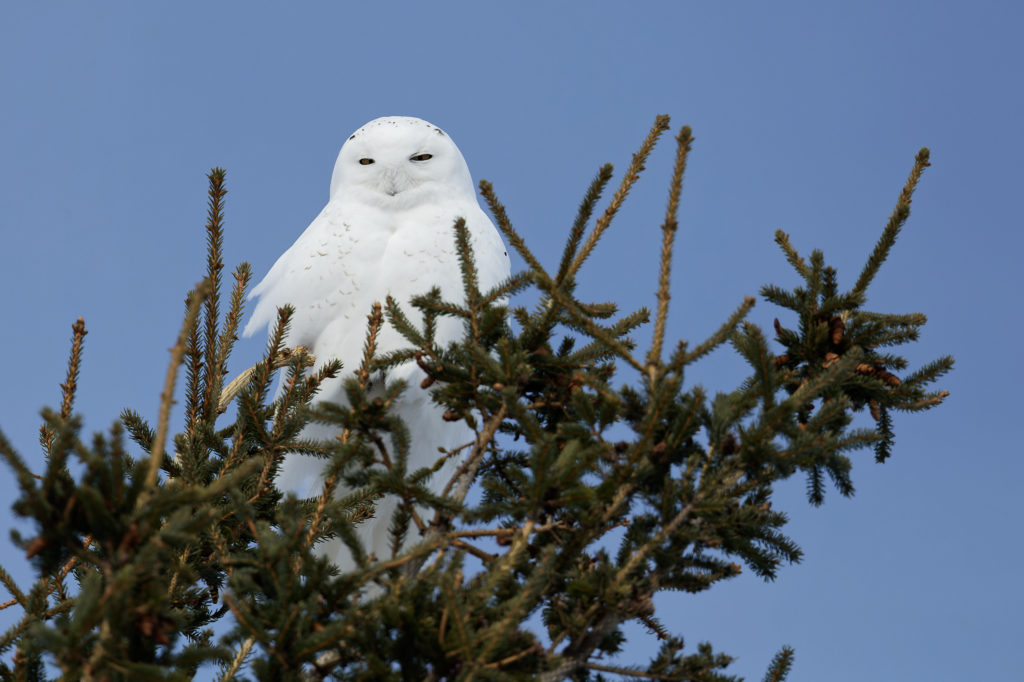 Otter, on his winter territory in western Québec, strikes a pose on a sunny day. (©Jean Lapointe)

A couple of weeks ago we were concerned we might lose track of Otter, one of our veteran owls wintering this season near Lake Abitibi in western Québec, when an update to his transmitter’s firmware caused it to start rebooting over and over and over again. Fortunately, CTT was able to push through a corrective command, and we’re back to normal. 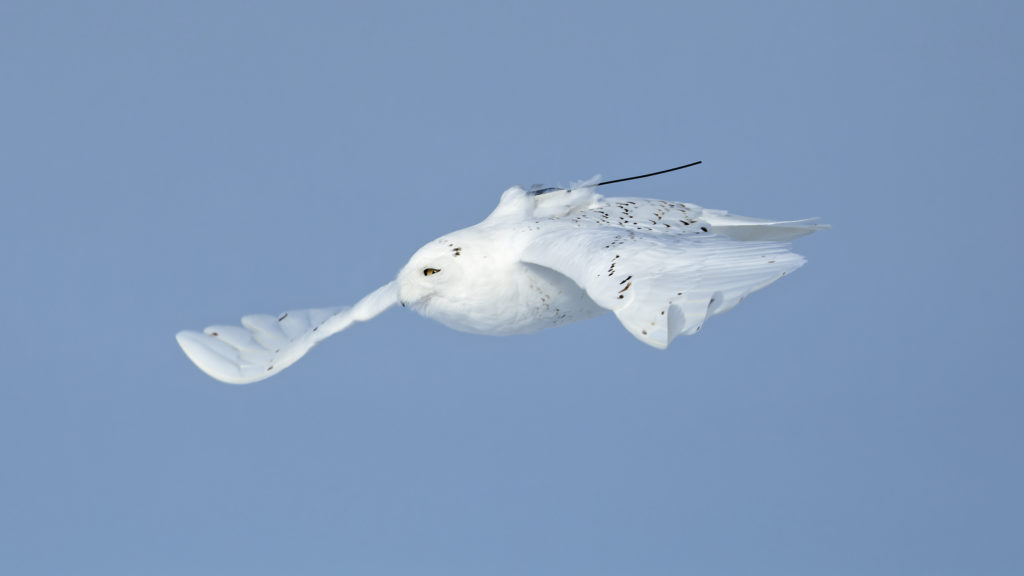 Even better, at the end of January, biologist and avid photographer Jean Lapointe found Otter near the village of Sainte-Hélène-de-Mancebourg, and got some terrific photos which he uploaded to eBird, where we spotted them. In addition to being beautiful images of this strikingly white adult male, Jean’s photos showed that Otter’s antenna is intact — a very pleasant surprise for us. Otter is one of only a handful of owls we’ve fitted with what were then experimental hybrid transmitters using our normal GSM cellular output (which doesn’t require an external antenna) and Argos satellite, which does. 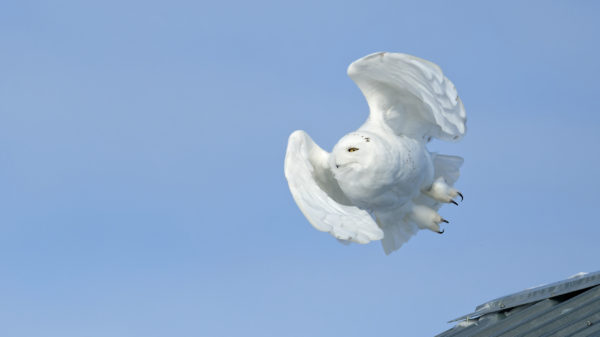 Otter, on the wing. (©Jean Lapointe)

The last time he came south for the winter, in 2019-20 near Montréal, photos of Otter roosting on the ground suggested his antenna was gone. Now we realize it must have been hidden beneath his wings.

I asked Jean if he could share any observations he’d made of Otter’s behavior. “I observed him for about twenty minutes, while he was perched on the roof of a garage,” Jean replied by email — but then he went well beyond the call. “Using open data from the Government of Canada, I was able to describe the types of environments within a 2-km radius of Otter’s observation site. According to these data, the environment is dominated by forages and pastures. However, the map created from recent satellite data seems to show another picture of the landscape.” 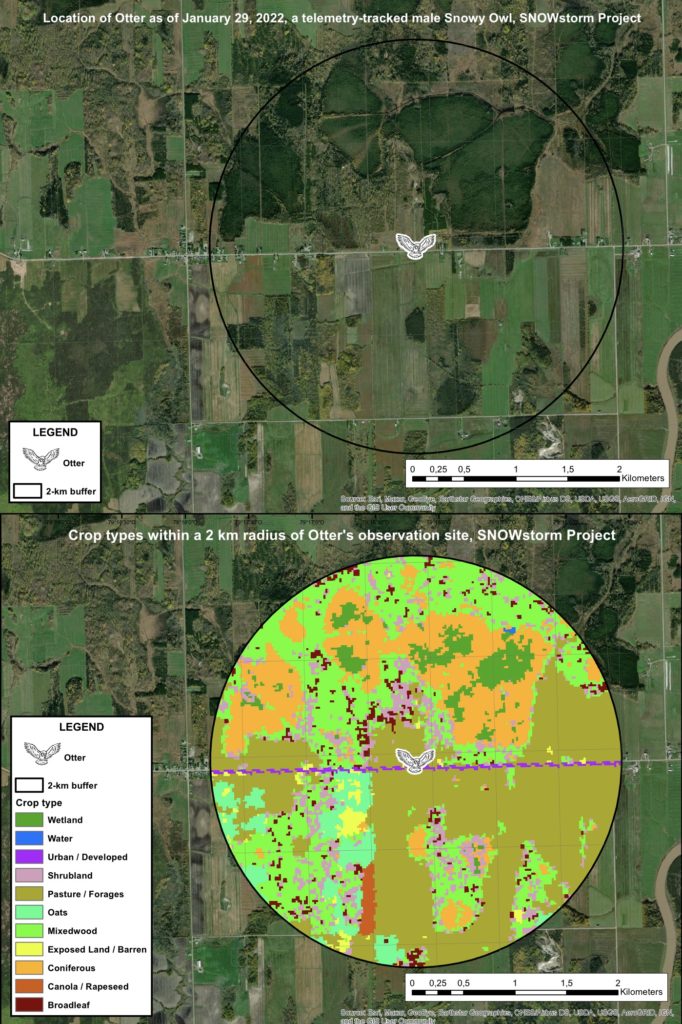 Jean’s two maps, shared here by permission along with his photos, show the interesting mix of hardwoods, shrub, conifer forest and pastureland that Otter is using. We’ve been interested in his movements because Otter is wintering in the middle of the Canadian boreal forest, an alien habitat for an open-country bird, but as we’ve noted here a few times in the past, the area north and east of Lake Abitibi, on the Québec side of the Québec-Ontario border, has a lot of agricultural fields carved out of the forest. 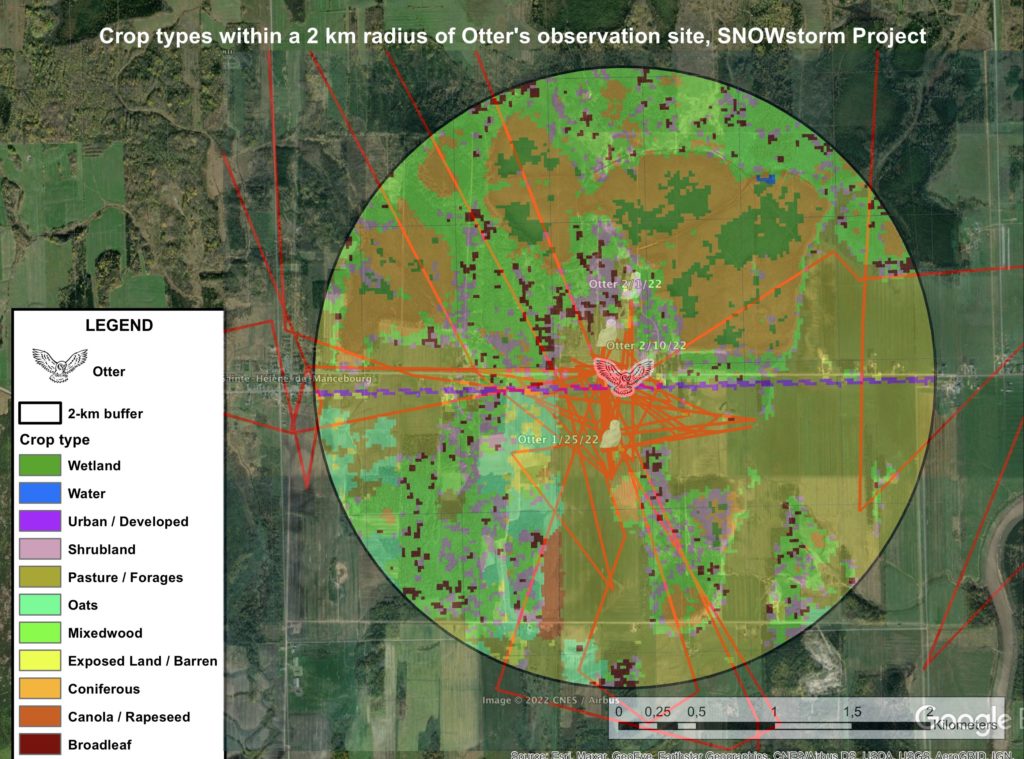 I’ve also overlayed a screenshot of Otter’s movements in that area with Jean’s landcover map, which shows how the owl has been sticking to the ag fields and shrubs rather than the forest. (Because I had to reduce the opacity of the tracking map so the landcover layer showed through, it’s a bit dim — sorry.) We’ve looked at habitat associations in snowy owls in the past, but at a much larger scale in this paper, and this paper, which like all our publications are available here. One research focus we’ve already been discussing is doing a much deeper, more detailed dive into exactly what habitats and specific landcovers (such as pasture, grassland, row crops, wet meadows, etc.) are most attractive and useful for snowies.

Again, thanks to Jean Lapointe for his photos and his help! 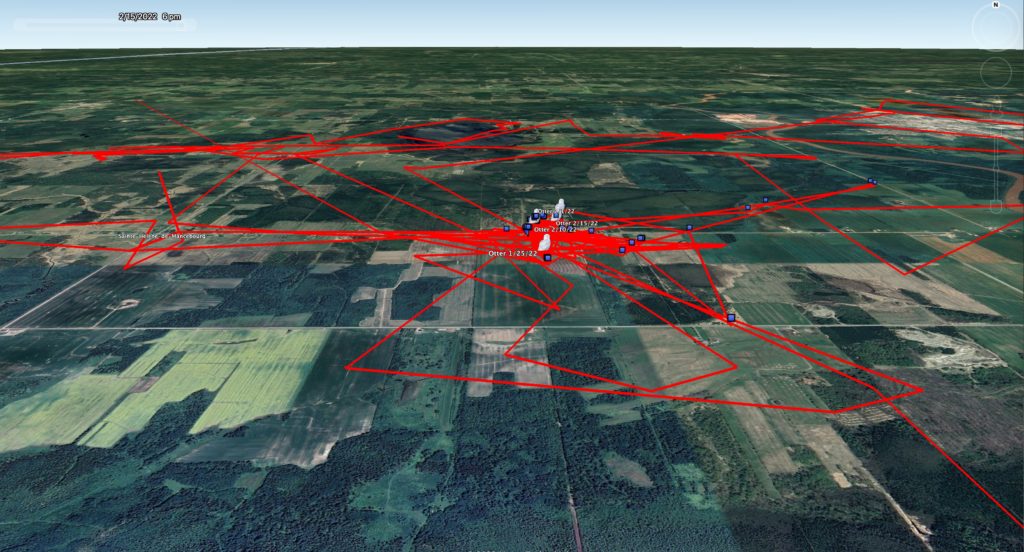 5 Comments on “Zooming in on Otter”