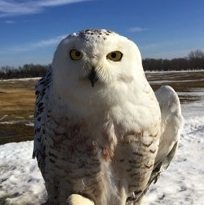 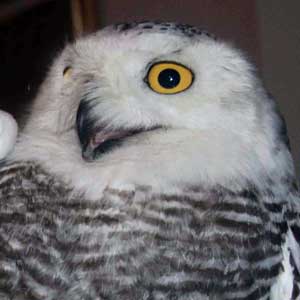 Oswego was our first tagged owl of 2017, caught by Tom McDonald on Jan. 19 at Oswego Harbor in upstate New York, along the southeastern shore of Lake Ontario. This juvenile female weighed in at a very healthy 2,121 grams (4.7 pounds) when she was banded on January 19th and spent the winter and early spring around eastern Lake Ontario. She subsequently died from a collision with electrical transmission lines near the Montreal, QC, Airport at the end of May 2017. (Photo ©Beth Dubois)

Wells is our third Maine owl, captured at Portland Jetport by USDA APHIS, tagged by our colleagues at the Biodiversity Research Institute and released Jan. 25, 2017 at Rachel Carson National Wildlife Refuge near Wells, ME. She is an adult female and weighed just over 2,000g. She was last detected April 21, 2017, heading north through southern Quebec. (Photo ©BRI) 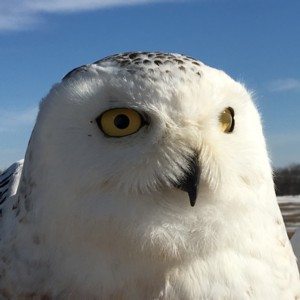 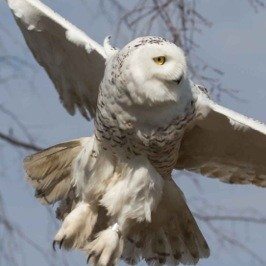 Favret (“fav-RAY”) is an adult female tagged Feb. 27, 2017, by Tom McDonald near Favret Road on Cape Vincent, New York — a high, largely treeless area of farmland that is traditionally an important wintering area for snowy owls at the eastern end of Lake Ontario. After spending the winter in this area, she migrated north and was last detected April 5, 2017, just southeast of James Bay. (Photo ©Aaron Winters) 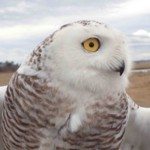 Chickatawbut is an adult female tagged March 8, 2017, by Norman Smith at Logan International Airport in Boston, Massachusetts. She was relocated to beach habitat near Salisbury, MA, and spent the remainder of the winter on the MA/NH coast. She was last detected May 5 in southern Quebec. (Photo ©Project SNOWstorm) 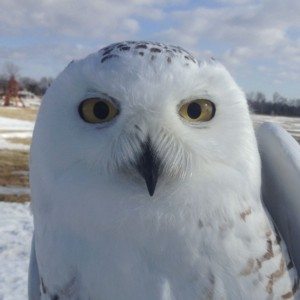 Dakota, an adult female, was originally banded in Michigan on Jan. 16, 2014. She was retrapped on Jan. 31, 2016, by Matt Solensky and Dave Brinker near Jamestown, North Dakota, and fitted with a transmitter — our first North Dakota owl. She wintered close to her trapping point, using large marshes and wetlands, then headed northwest through Manitoba and Saskatchewan, and was last detected north of Regina, SK, on April 22, 2016.  She returned south in November 2016, having summered (and nested) near Chantrey Inlet in the central Canadian Arctic, and spent the winter of 2016-17 near Francis, SK, where she was last detected March 24, 2017. (Photo ©Dave Brinker) 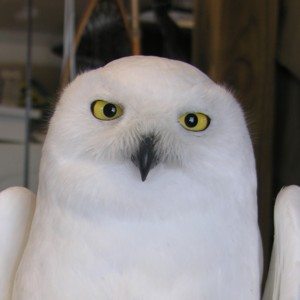 Hardscrabble was an after-third-year male (meaning he was at least four years old) that was tagged Feb. 22, 2016, by Tom McDonald near Hardscrabble Road in Cape Vincent, New York. This almost completely white, unmarked male weighed a robust 1,731 grams and had significant body fat. He moved north through southern and western Quebec, and last checked in April 28, 2016, along the east shore of James Bay. He summered (but did not nest) in the northern Ungava Peninsula during 2016, then migrated south too the Ottawa River Valley in Ontario, spending the winter of 2016-17 near Cobden, ON. Hardscrabble was last detected April 20, 2017, on the southeastern shore of James Bay. (Photo ©Tom MacDonald) 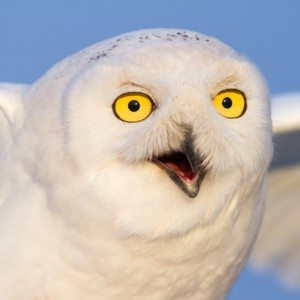 In 2015, Baltimore reappeared in December and spent the winter of 2015-16 on and around Amherst Island in northeast Lake Ontario, and was last detected March 27, 2016, just north of Lake Ontario. Baltimore checked back in for the first time on Christmas Day, 2016, and began uploading stored spring and summer data from his transmitter. Unfortunately, his transmitter failed before sending all of its data. Baltimore wintered near Arnprior, ON, in the Ottawa River Valley, and evaded multiple attempts to retrap him and remove his failed trasnmitter. He was monitored visually all winter, however.