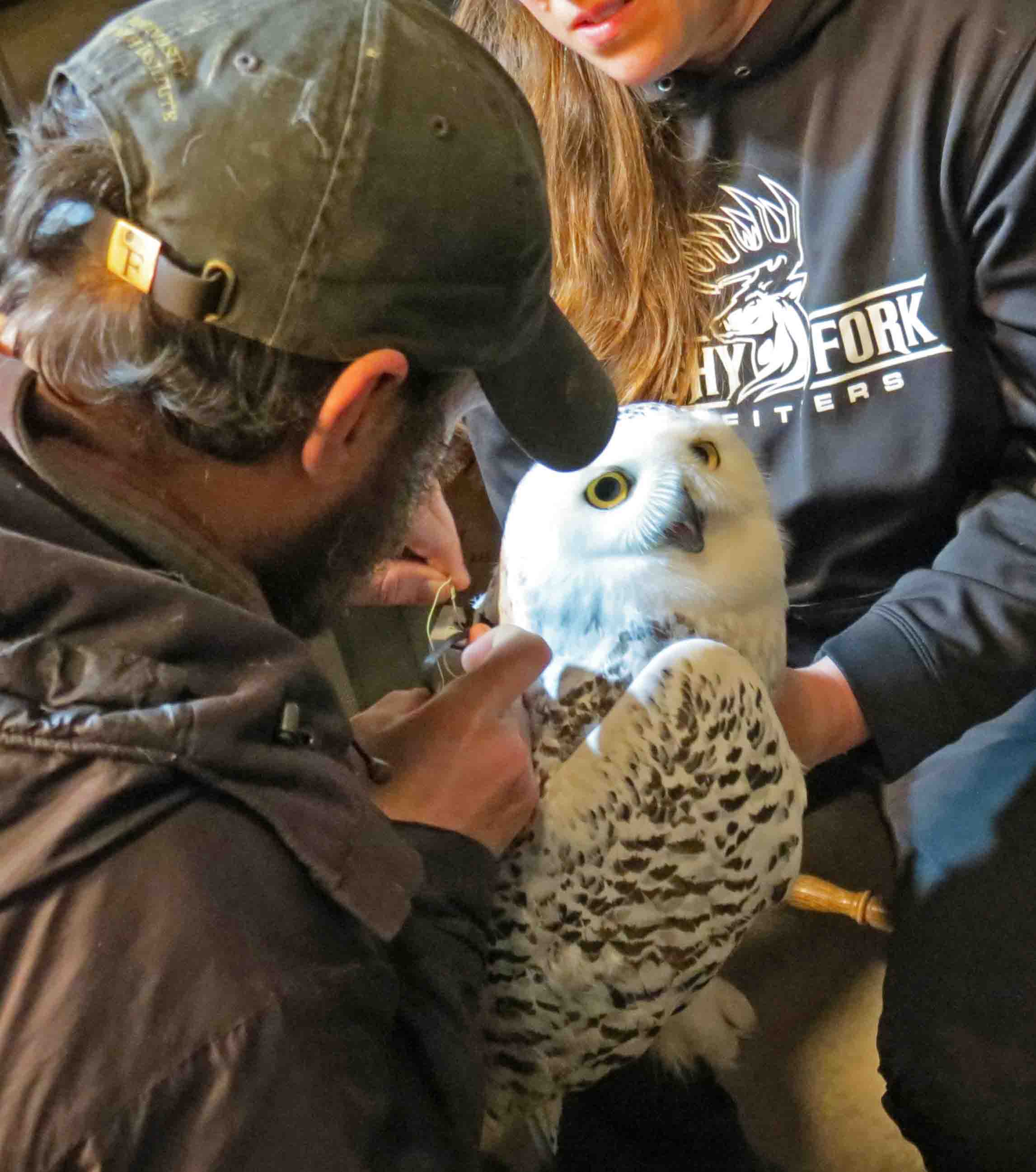 The crew from the Biodiversity Research Institute fits Wells — the newest SNOWstorm owl in Maine — with her transmitter last week. (©BRI)

As longtime SNOWstorm followers know, one benefit of our project is finding ways to help airport officials and federal wildlife agencies learn how snowy owls relate to airports. (Because airports look a little like the Arctic, at least to an owl — flat, open and treeless — they tend to be magnets for the birds.) 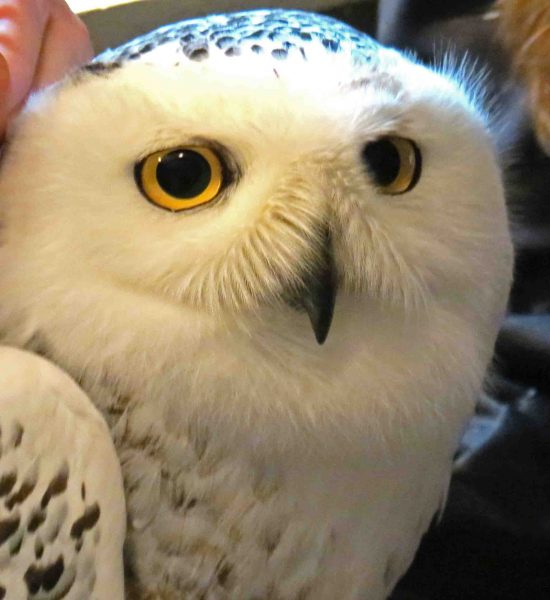 Wells is an adult female, relocated from the Portland Jetport to the Rachel Carson National Wildlife Refuge. (©BRI)

Earlier this month, John Wood from Wildlife Services trapped a male snowy at Brunswick, but (as is often the case with males, which are the smaller gender in snowy owls) the bird was a bit too light for us to feel comfortable giving him a transmitter, so he was banded and relocated without one. 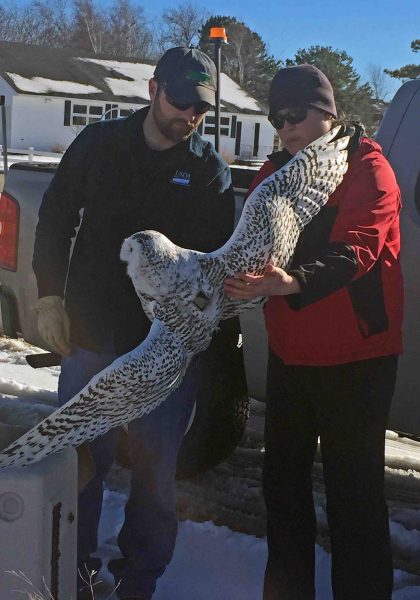 But last week, John caught a pleasingly plump adult female snowy at Portland. As a major ice storm was bearing down on the region, he got the owl to the folks at BRI, who banded her and fitted her with a CTT transmitter. With permission from the federal Bird Banding Lab (and a dinner of thawed rodents from collections manager Lauren Gilpatrick’s freezer) the owl was held overnight until the storm passed, then relocated to Rachel Carson NWR and released on Jan. 25.

“She was bright-eyed and feisty when we released her,” Lauren reported. “She was immediately mobbed by crows, just as Brunswick was at that site last year. A red-tailed hawk joined the scene and distracted the crows as we lost sight of her. She flew just fine and hopefully sighted the large flocks of fatty mallards hanging around Furbish Marsh. Fingers crossed she stays away from the jetport.” 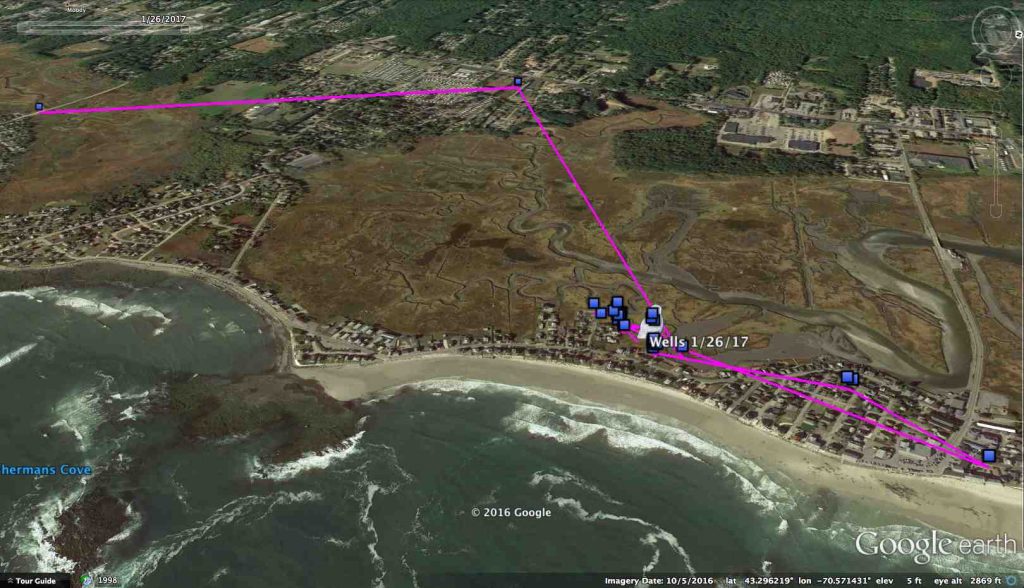 And so far, so good. Her transmitter checked in Thursday evening, and Wells (named for Wells Beach, just up the coast a short distance from her release site) was staying put. She was dividing her time between Wells Beach itself and the salt marshes of the wildlife refuge (including a short, post-release stint on an inland rooftop) — much as Brunswick had done last winter in the same location. Like Brunswick, Wells tended to pick rooftops with a good view of the meandering tidal creeks cutting through the cordgrass — and a view, no doubt, of those fat ducks Lauren mentioned.

Wandering Wells
A Close Call, and a Tourist Owl