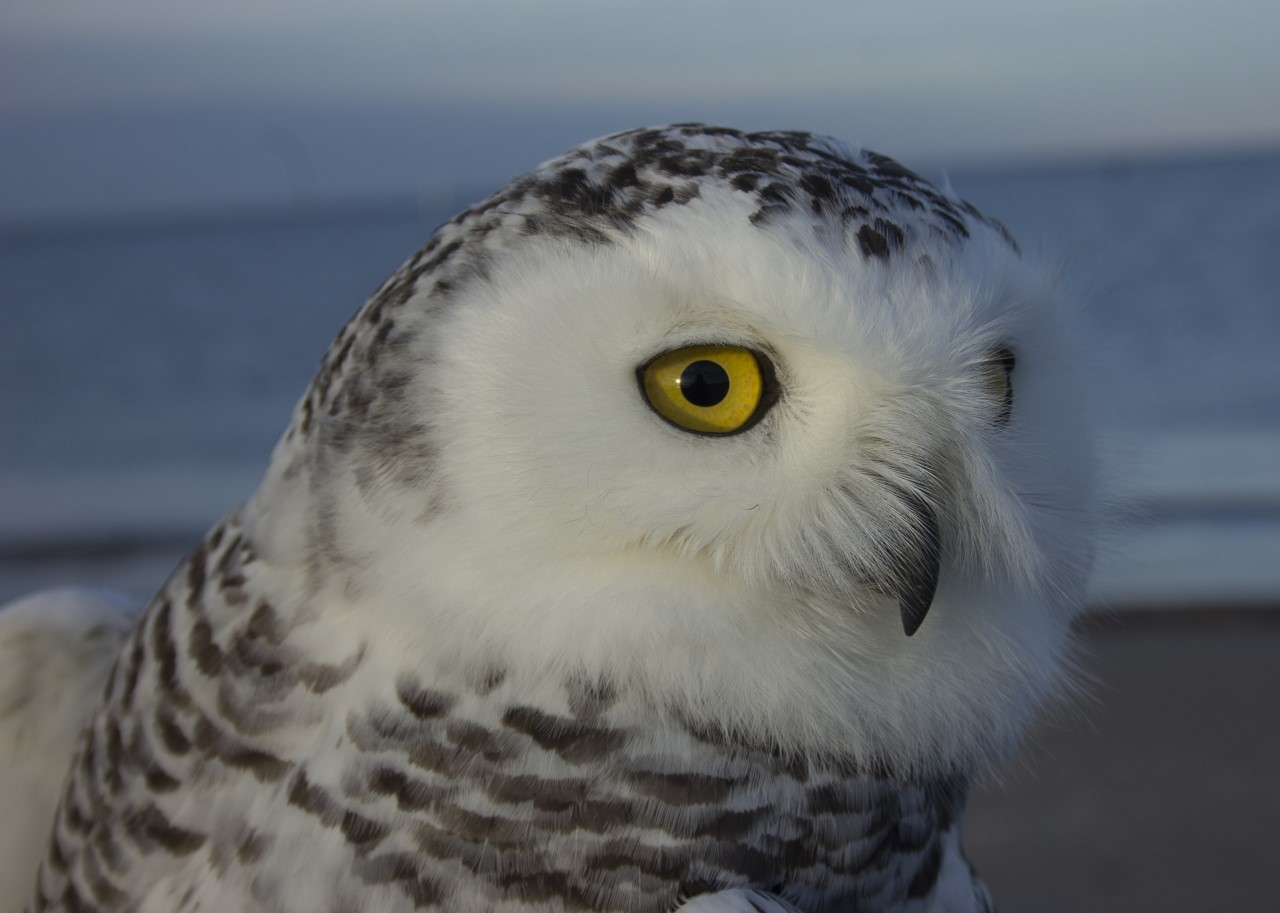 “Hilton,” named for the Lake Ontario town near Braddock Bay in northern New York, is the first SNOWstorm owl of the 20-17-18 winter. (©Melissa Mance Coniglio)

Our colleague Tom McDonald has kicked off the 2017-18 season in great form, tagging our first owl of the winter — a juvenile female he nicknamed “Hilton” for the town along Lake Ontario in western New York where she was caught. 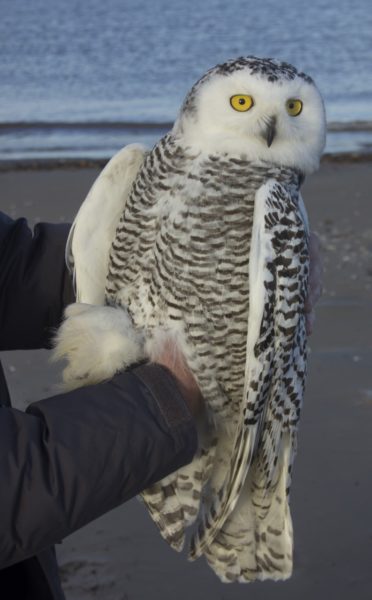 Hilton was captured near sunset the day after Thanksgiving along a newly finished rock jetty that pokes out into the lake from East Spit at Braddock Bay. “This [capture] proved to be extremely labor-intensive, moderately treacherous and time-consuming,” Tom said. But the end result was this handsome, hatching-year female, which weighed almost 2,100 grams. Melissa Mance Coniglio, who is training with Tom as a snowy owl bander, was a big part of the capture and tagging process.

Tom’s been busy this season — Hilton was the eighth snowy he’s caught in upstate New York. The rest were all smaller males, and Tom didn’t feel comfortable putting a transmitter on them. (We are very conservative about which owls we tag.)

“I will send you further information later, as I have lure creatures to attend to, a couple of wounds to mend and long-overdo nutritional requirements to meet. And then I’m off to sleep for the next few days,” Tom said, tongue only partly in cheek.

For those who have been following SNOWstorm from the start, Hilton was tagged very close to where two of our earliest owls — Braddock and Cranberry — were captured in January 2014.

Watch for more about Tom’s three decades of snowy owl research — and for some exciting news about the first returning tagged owls of the winter!

On the Shoulders of Giants: Tom McDonald
SNOWstorm at 4

3 Comments on “First of the Season: Hilton!”