Our first two tagged owls, Assateague and Buena Vista, have also been the most problematic. Back in December when we tagged them we were still feeling our way, applying a transmitter technology designed for use on diurnal raptors to a nocturnal owl for the first time.

We learned some hard lessons about how to balance data collection, cellular transmission, battery life and solar recharge while tracking a night hunter, in often stormy weather, during the shortest days of the year.

As a result, both owls’ transmitters went dark on us, for varying periods. Assateague’s unit has been sporadically transmitting GPS data it’s stored since the beginning of the year, as its battery charge becomes more and more robust. Earlier this week it transmitted almost 300 locations between Feb. 1-15, and we expect we’ll get the balance soon.

Buena Vista’s transmitter has been more of a worry. Since New Year’s Day it’s only been in cell contact a couple of times, and usually only transmitting a few dozen locations. But today he checked in for the first time in 10 days, with a stronger signal than in the past — doubtless the result of longer days and higher solar angle, along with somewhat better weather in the Badger State recently. 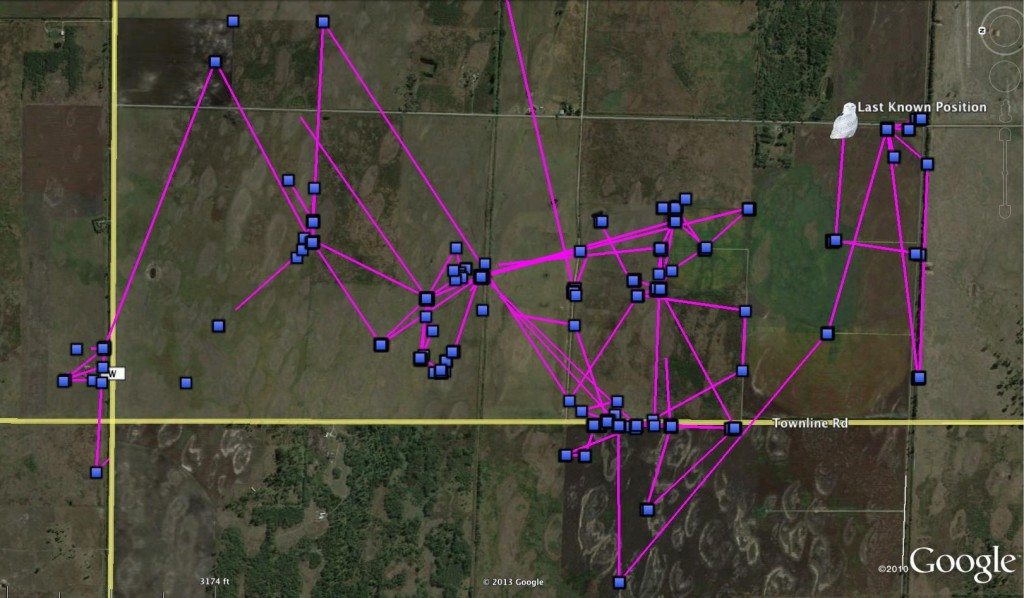 Both owls have been evidently staying pretty much where they’ve been since the beginning of the year. Buena Vista remains near his namesake grasslands in Portage County — which isn’t a surprise, because he’s been photographed periodically there all winter. Although there are significant gaps in his GPS record, we’re still building an excellent picture of his movements and hunting behavior.

We have a far more complete record of Assateague’s movements, in part because his transmitter uploaded the new duty cycle we’re using, which is quickly improving the health of its battery. You’ll recall that we tagged him Dec. 17 on Assateague Island, Maryland, and that two days later he flew across Delaware Bay and spent about 10 days on the bay north of Cape May. He then flew up the Atlantic coast, eventually stopping on lower Barnegat Bay. 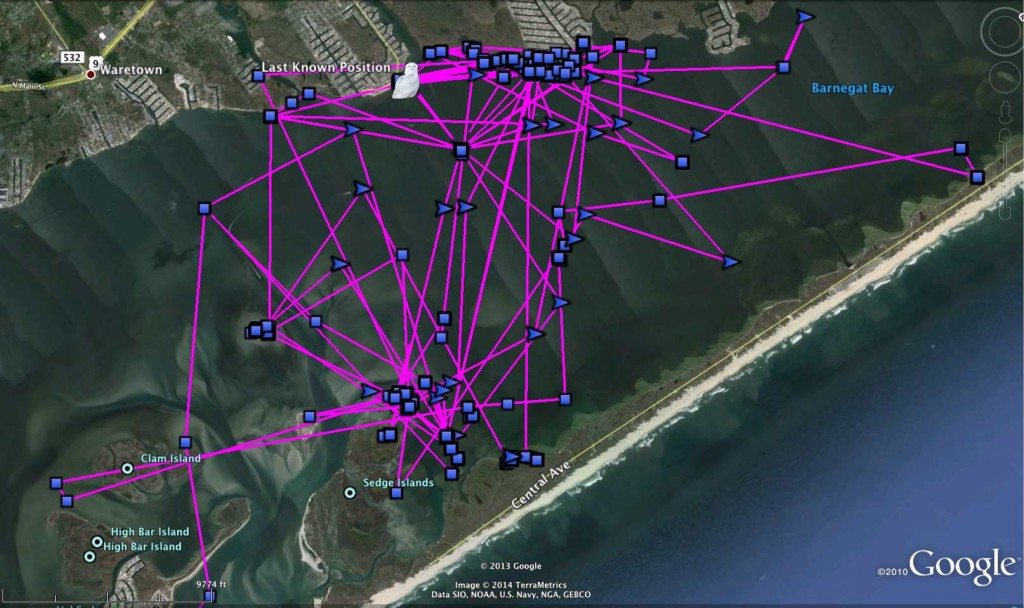 That’s where he’s remained since Dec. 30, continuing to hunt the bay waters, usually perching on channel markers and buoys — this is an owl that appears to like to hunt waterbirds, judging from his nighttime forays over open water. Daytime finds him either on the mainland shore in frozen salt marsh, or along the isolated southern end of Island Beach. Although we caught him on the beach at Assateague, he generally sticks to salt marsh, unlike some owls that prefer to be right on the ocean.

We learned a lot from our rocky, initial experiences with Buena Vista and Assateague’s transmitters, and we’ve programmed our later units to better manage their power. The fact that we’re getting lots of important data from these two pioneering snowies, though, is especially gratifying.

Amishtown is ready for his closeups
Henlopen and Hungerford