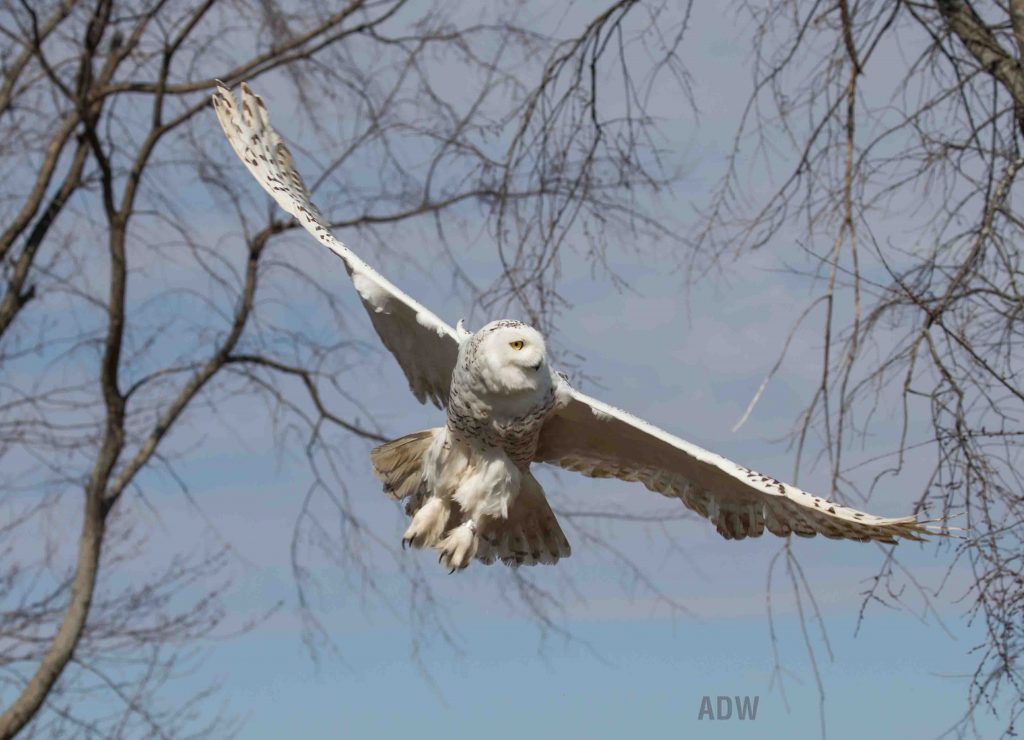 With a flap, she’s off — Favret, the newest tagged owl for Project SNOWstorm. (©Aaron Winters)

The ever-busy Tom McDonald has tagged another snowy, an adult female on the shores of Lake Ontario — Favret, our 47th SNOWstorm owl.

Tom caught Favret (that’s pronounced “fav-RAY”) the morning of Feb. 27 on Cape Vincent, at the eastern corner of Lake Ontario, one of the most important wintering areas for snowy owls in that region, and an area where Tom has been working with this species for decades. The name comes from Favret Road, along with which many snowies winter — and the road is named for the Favret family, descendants of early French settlers who had extensive land holdings in the area.

“The road traverses some of the highest, wide-open agricultural land in Cape Vincent,” Tom said, “an alluring feature for wintering snowy owls.” 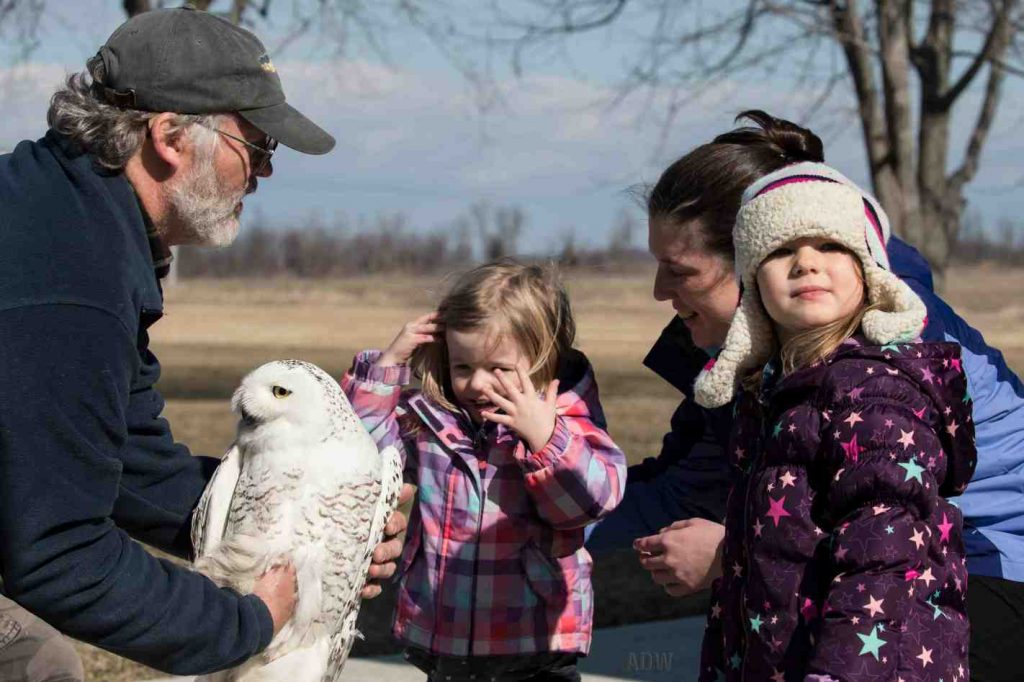 Up to five snowy owls had been reported in the area just a week and a half earlier, but then record-breaking warm weather moved in, and when Tom arrived, he found plenty of red-winged blackbirds and thousands of migrating Canada geese, but no sign of snowies.

“It pays to look just about anywhere when you’re trying to find snowy owls,” Tom said, and he eventually found Favret roosting for the day on top of a cord wood pile near the Votra family house, about a hundred yards from the road. 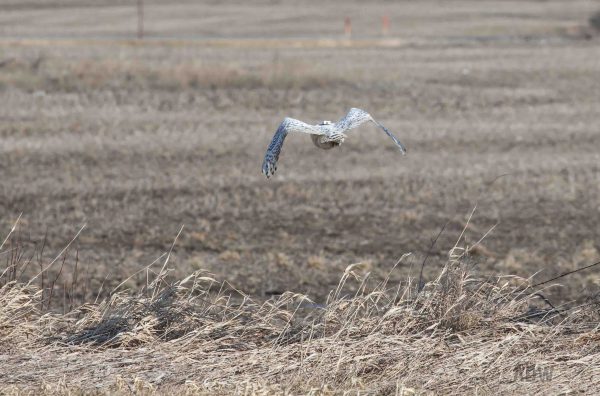 Favret heads out across the winter-brown fields of Cape Vincent, NY. (©Aaron Winters)

“I set up the trap in a corn stubble field about 200 yards west of the house and waited patiently for a fleeting sign of interest from the owl. After a half an hour of casual glances and second looks from the bird, Megan Votra ushered one of her children out to the road to catch the morning school bus, and both walked within 30 feet of the owl. On the way back to the house, Megan stopped to take a picture with her phone and the owl decided it liked the pigeon better and bolted from the pile.”

(Unknowingly, Mrs. Votra had “pushed” the owl, a trapping technique Tom started using years before, where a person bumps the owl from its roost, often prompting the raptor to attack the trap lure before what it sees as an intruding human can get the prey.)

Watch for updates on Favret’s movements. She didn’t stay at Cape Vincent for long — that very night she moved north to Wolfe Island on the Ontario side of the lake, like the cape a traditional hotspot for snowy owls. The cold snap and snow gripping the region the past few days may temper her migratory urge, but Favret may be on her way soon if the days get milder. 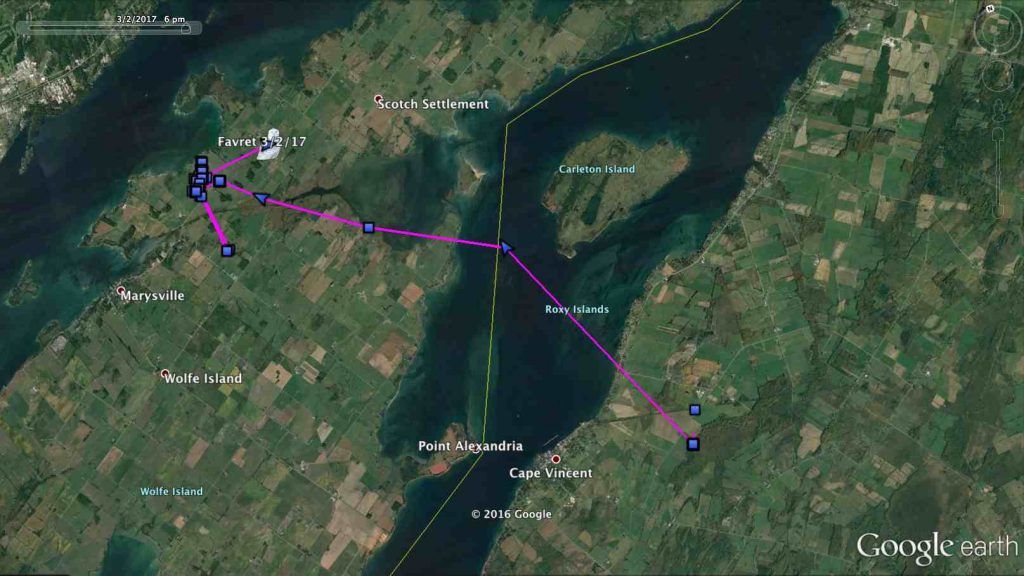 After spending the remainder of the day she was tagged at Cape Vincent, Favret moved north to Wolfe Island, Ontario. (©Project SNOWstorm and Google Earth)

2 Comments on “Say Hello to Favret”