We’ve been waiting to hear from Erie, one of our tagged birds in northwestern Pennsylvania, but I suspect he’s in a place with poor cell reception — the middle of Lake Erie somewhere.

Erie’s been especially fun to follow because he’s already made several long voyages, so to speak, on wind-drifted ice sheets on the lake. Last month he spent three days out on the ice, drifting into Canadian waters before coming back to land, then making another, shorter sojourn on ice. The last time his transmitter checked in with Jan. 27, and he moving back offshore again at that time. If you haven’t done so already, go check out his map. 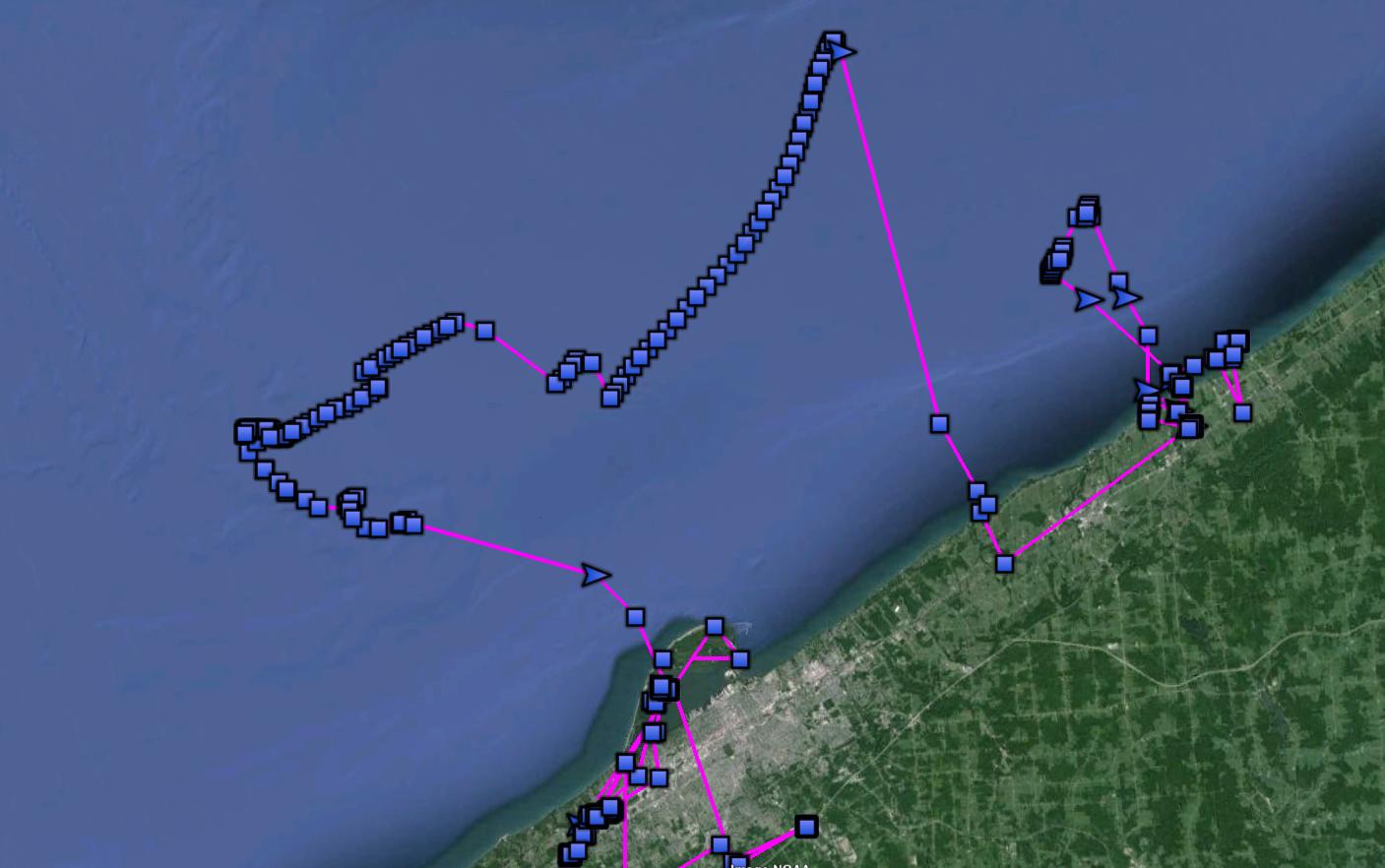 But wait a minute — three days is one thing, but how likely is it that a terrestrial owl would spend more than a week on a frozen lake? What could he possibly be eating out there?

In fact, Erie’s behavior is an echo of one of the most interesting discoveries about snowy owls in recent years. Jean-François Therrien, the senior research biologist at Hawk Mountain in Pennsylvania (and one of the Project SNOWstorm team) has been studying snowies in the Canadian Arctic for years.

J.F. and his colleagues have tagged adult snowy owls with traditional satellite tags, and found to their shock that some of the owls actually went north in the winter — up to Bylot Island in the territory of Nunavut. They stayed through the perpetual darkness of the Arctic winter, far out on the pack ice.

It appears the owls are gathering around polynyas and leads, cracks of open water in the pack ice. These openings are known to hold large numbers of eiders, long-tailed ducks and black guillemots, on which the owls are presumably preying.

Erie may well be doing the same thing. Although Lake Erie is largely frozen, it isn’t a single block of ice. Rather, winds keep shifting and cracking enormous ice plates, as you can see in this satellite photo from a couple days ago, when the clouds were clear enough to see the surface. 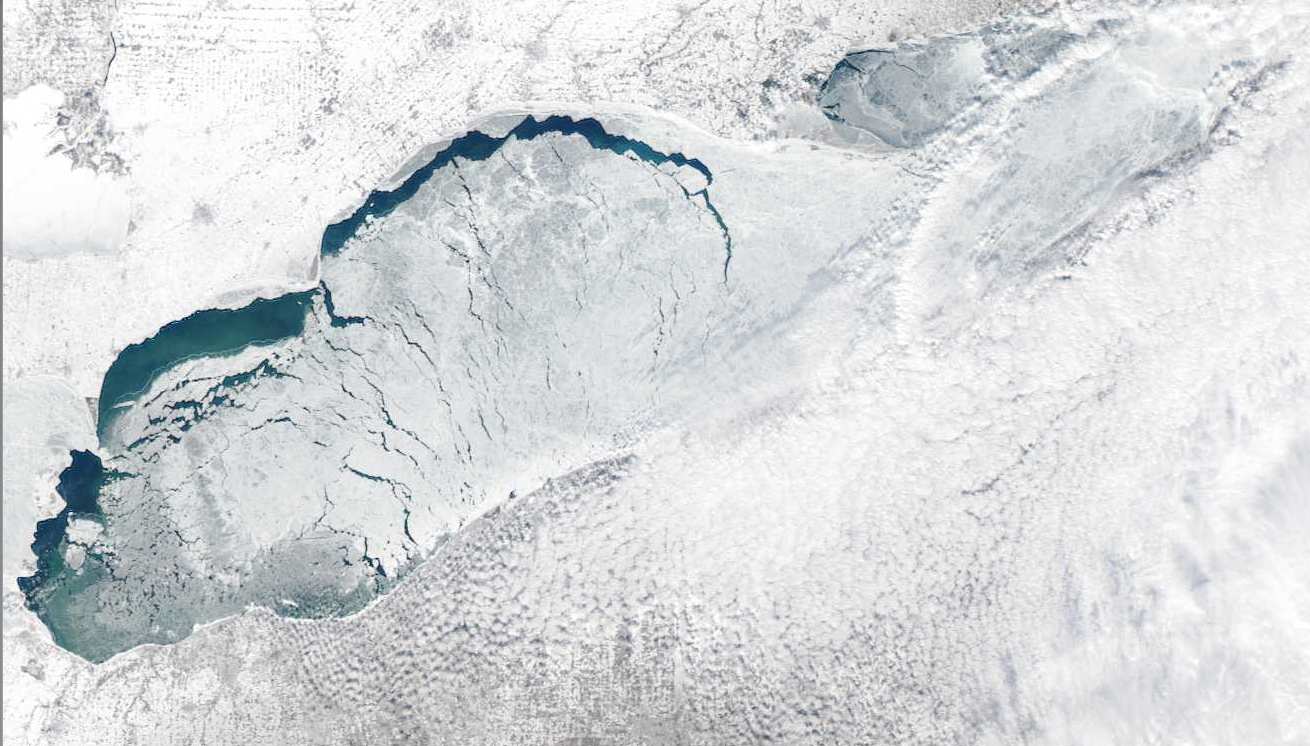 The ice cover on Lake Erie isn’t a solid sheet, but rather huge ice plates that open and close as the wind pushes them. (NOAA CoastWatch imagery)

When the winds shift, they open and close the leads of open water — sometimes opening along the southern shore, sometimes (as in this image, when the wind was from the north) along the Canadian side.

We don’t know how many waterbirds are using those open cracks, but apparently Erie and several of other owls have been finding food out there, because they spend a lot of time on or near the ice. 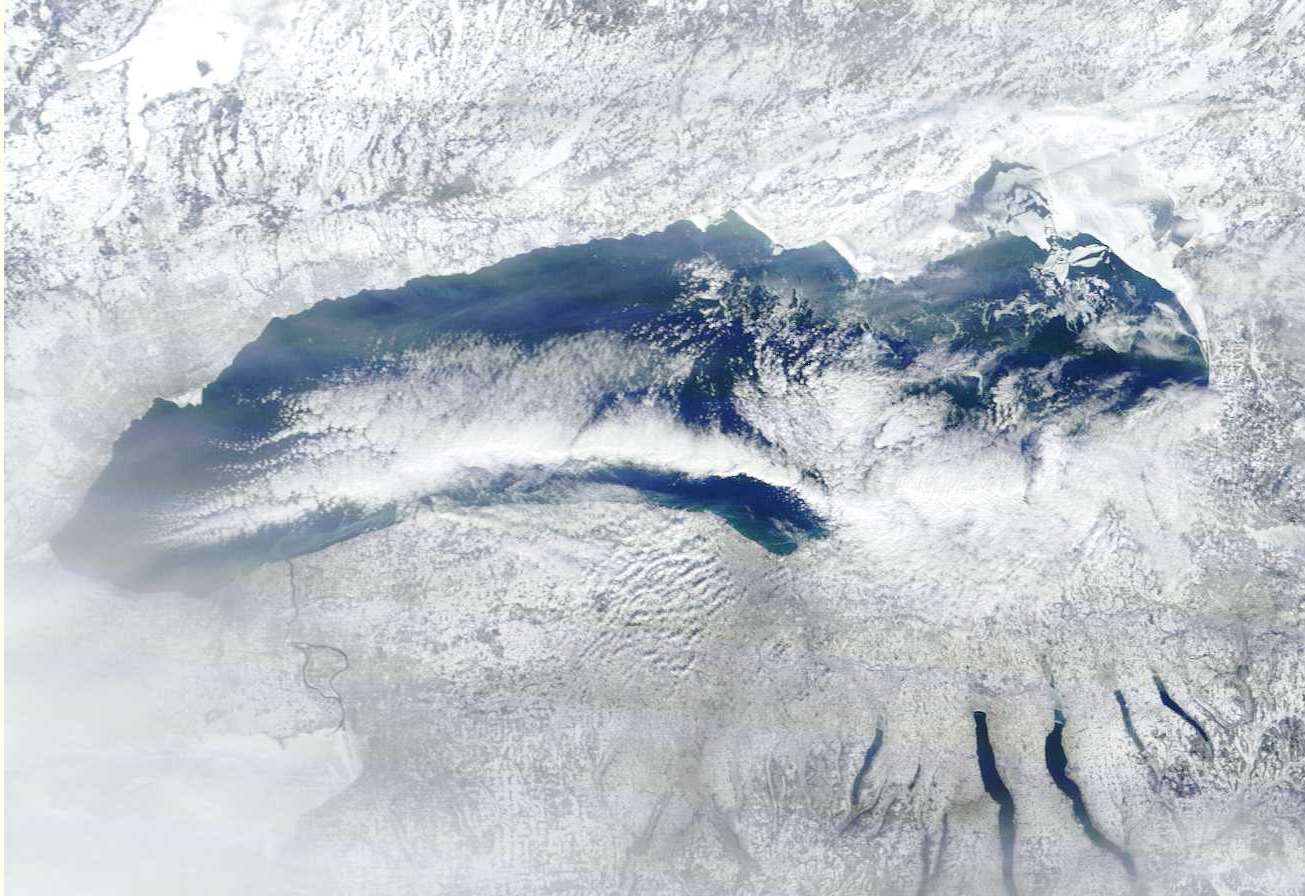 In contrast, Lake Ontario is a lot deeper, and a lot slower to freeze. The ice is largely restricted to a narrow band along the southern shore, which is why Braddock and Cranberry, our two New York lakeshore snowies, have only ventured a short distance offshore. But that may be a rich hunting ground, too, putting them within easy reach of ducks and other waterbirds. 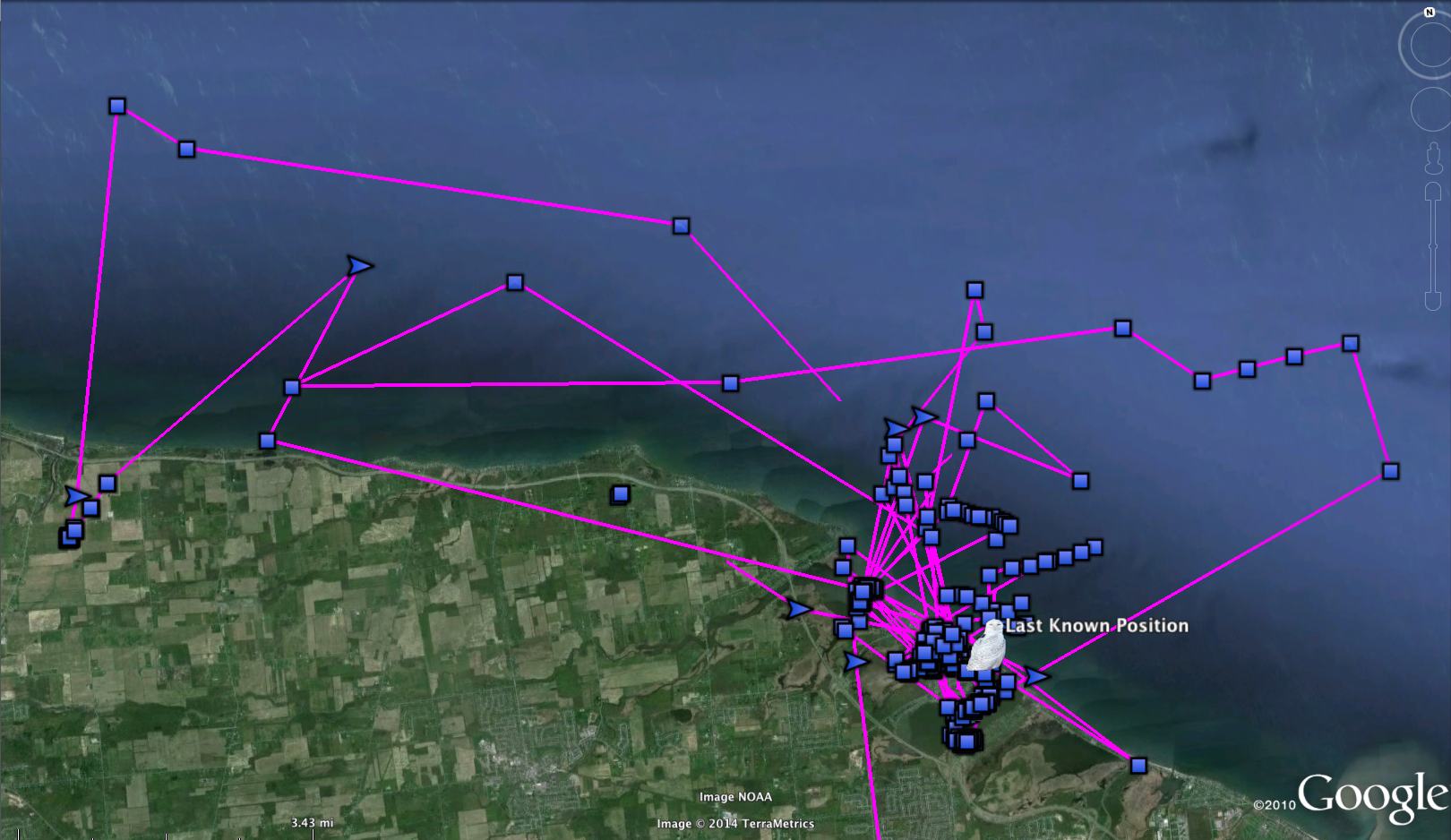 Braddock’s recent tracks, hugging the coast – and the narrow band of ice along the lake. (©Project SNOWstorm)

8 Comments on “Snowies on Ice”