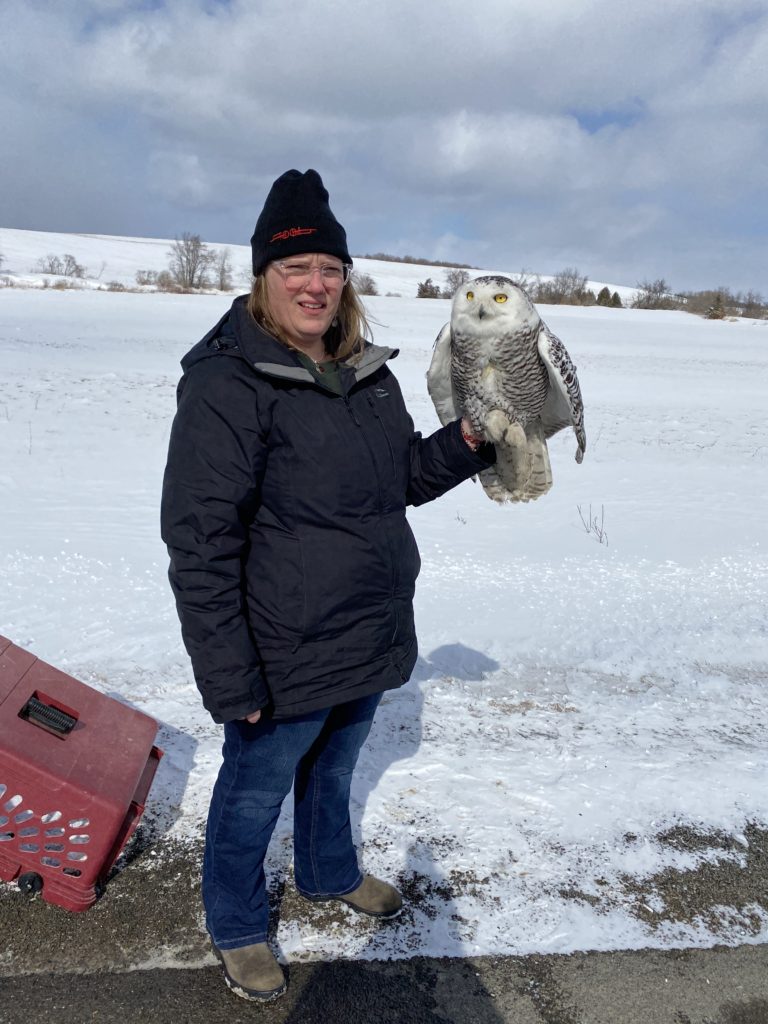 First off, an apology for the long silence the past couple of weeks. I was out of the country co-leading a Peruvian Amazon tour (during which we got to see a few owls — no snowies, obviously, but one trip highlight was a gorgeous spectacled owl).

There’s been a lot going on in my absence, though, so I’ll try to catch you all up with several blog updates in the next couple of days. To start, I want to introduce you to our newest (and likely the last of the season) snowy owl: Echo. 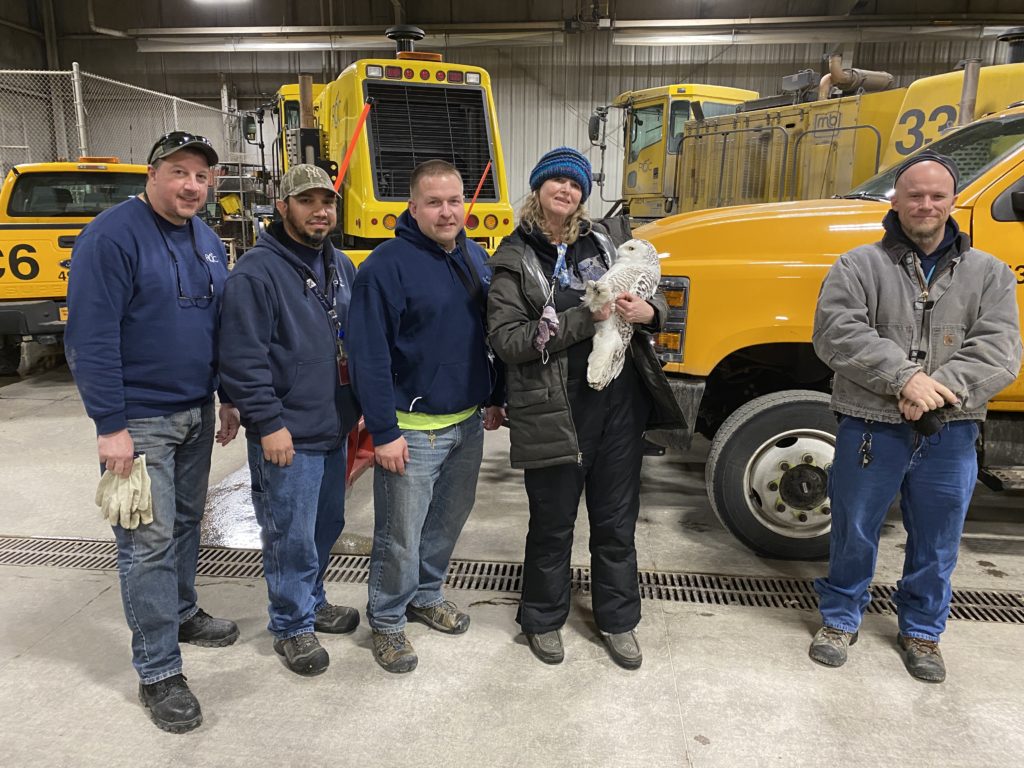 Bander Melissa Mance-Coniglio, just after catching Echo, along with the crew at Douglass-Greater Rochester airport who provided support to the team’s trapping efforts this winter. (©Tom McDonald)

Since she was moved, Echo has spent time at the Watertown International Airport — the ability of a snowy owl to find an airfield almost anywhere is remarkable, if worrisome — but also out on what little ice is present this month in the bays of Lake Ontario. I’ve overlayed a map of her movements with a NOAA CoastWatch satellite image that shows how she’s been using the coastal ice in Black River Bay and around Galloo and Stony islands. 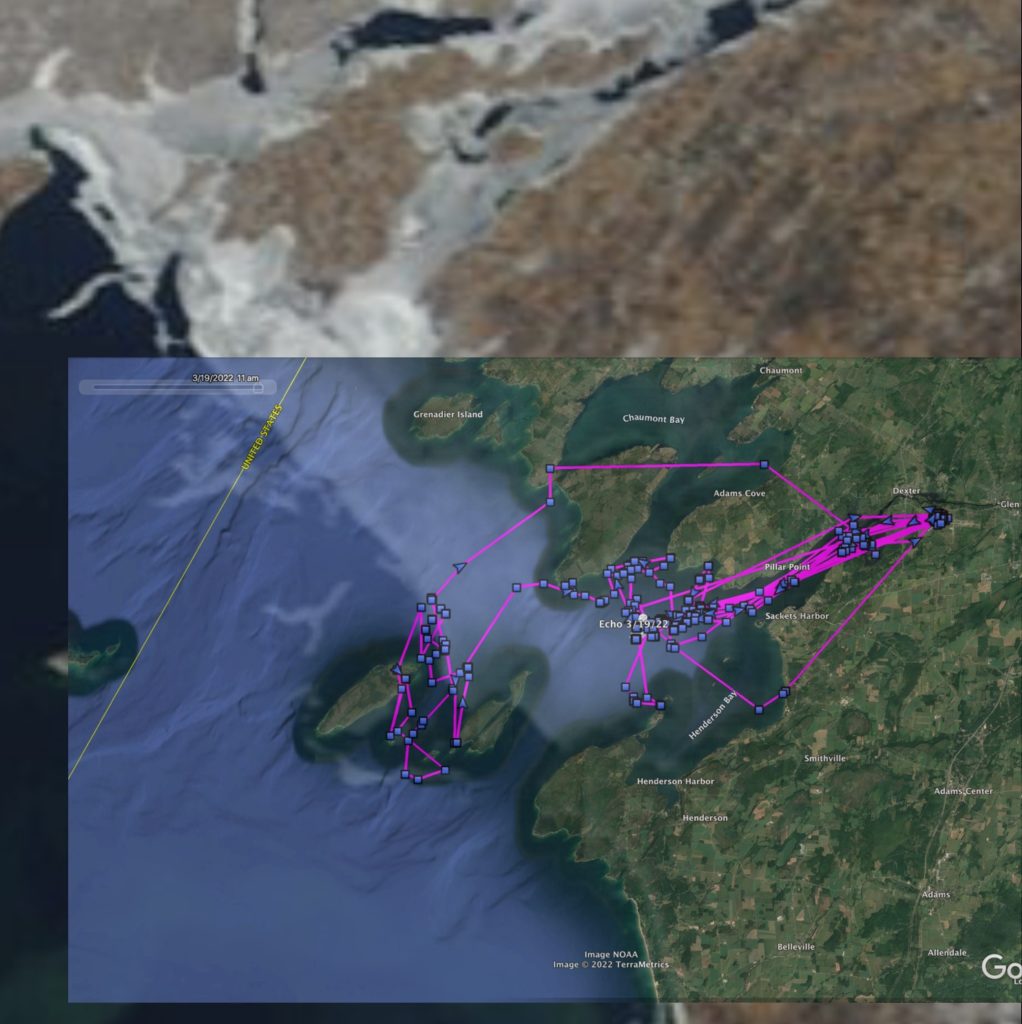 An overlay of Echo’s movements the past two and half weeks near Watertown, NY, with the ice extent on eastern Lake Ontario. (©Project SNOWstorm and Google Earth; NOAA CoastWatch imagery)

Check out Echo’s map to track her movements yourself.

Lots more to come! We’re seeing the first signs of northward movement among our tagged owls, and I’ll run down everybody’s whereabouts for the past couple of weeks in my next post.

On the Move (Direction, um...Uncertain)
Romulus (No Remus, at Least Not Yet)