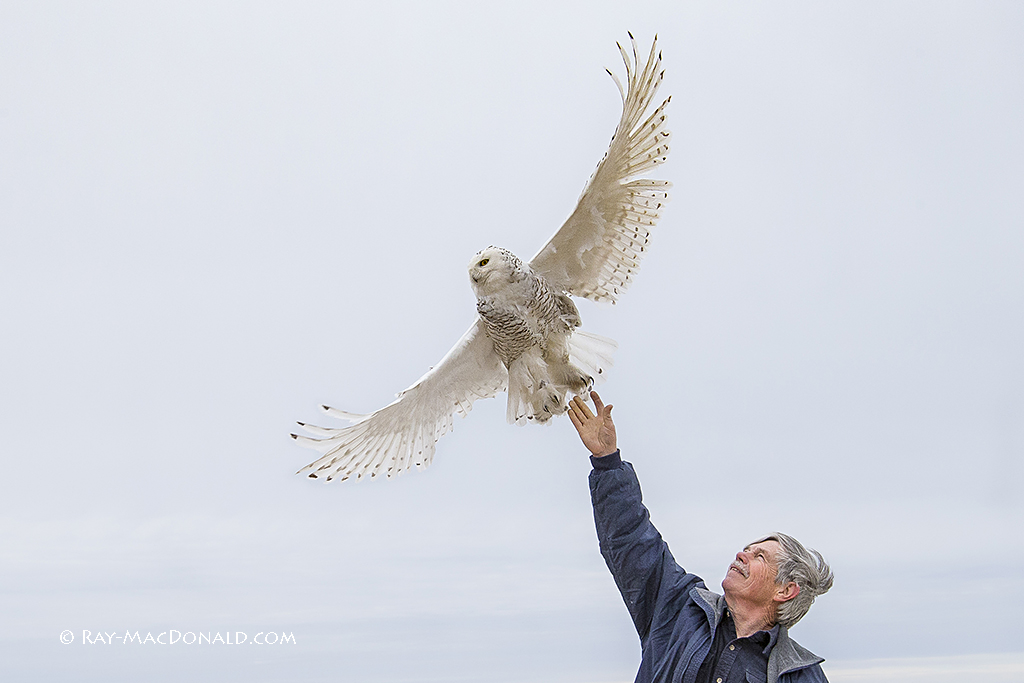 Norman Smith releases newly tagged Logan, an adult female that he first banded in April 2014 when she was a juvenile. (©Raymond MacDonald)

Too much news from SNOWstorm? No apologies — this has been our busiest and most exciting winter since the first season that we launched this project in 2013, and the pace isn’t letting up at all. Today we have two New England birds to tell you about — one in Massachusetts, and our first tagged owl in Rhode Island.

Longtime SNOWstorm fans know that Norman Smith, from Massachusetts Audubon, has been at the forefront of this project from the very beginning — and studying snowy owls (specifically at Logan Airport in Boston) since 1981, longer than almost anyone in the U.S. 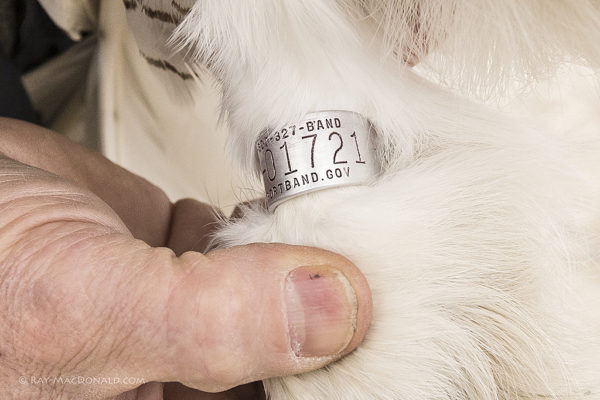 Norman’s tagged many SNOWstorm birds, but this winter he was holding on to a transmitter for something special — and on Feb. 11 he caught it. After trapping and relocating more than 30 juvenile snowies so far this season, he caught an owl with a well-worn band — an adult female that he originally banded at the airport in April 2014 when she herself was a juvenile, part of the mega-irruption that launched Project SNOWstorm.

Logan, as he’s nicknamed the bird, will mark her fifth birthday this summer, and she’s one of the very few known-age adults we’ve been able to track, making her an unusually valuable addition to our dataset, as well our our understanding of flight feather molt in snowy owls. 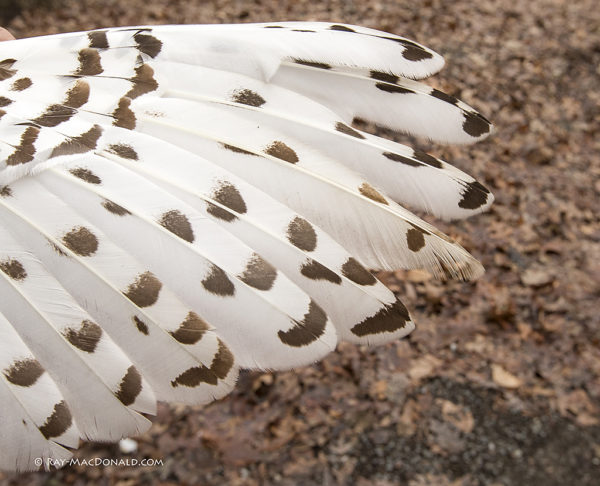 Because it takes snowy owls many years to replace all of their flight feathers, the various generations of feathers are obvious in Logan’s wing. (©Raymond MacDonald)

Norman moved her about 60 miles (93 km) from the airport to Sandy Neck Beach Park in Barnstable, Mass., on Cape Cod, where she was released. Her initial data shows she has since moved 11 miles (18 km) west to Scusset Beach State Reservation, at the eastern end of the Cape Cod Canal. We’ll be watching her, and hoping she steers clear of her namesake airport for the rest of the winter.

(Special thanks to photographer Raymond MacDonald, who has been generous with his superb photos of Norman and Norman’s many owls, including Logan, over the years.)

Some of the excellent snowy owl habitat on Block Island, where nearly half the land is in conservation protection. (©Lauren Gilpatrick/BRI)

The other new owl is Manisses, trapped and tagged Feb. 14 — Valentine’s Day — by our colleagues Lauren Gilpatrick and Chris Persico from the Biodiversity Research Institute in Maine. BRI has been working for years on Block Island, 13 miles (21 km) off the Rhode Island coast in Narragansett Bay, studying raptor migration in close cooperation with the Nature Conservancy. (Birders know Block Island as a world-famous hotspot for songbird migration, but the BRI-TNC project has shown its importance for peregrine falcons, merlins, accipiters, harriers and other diurnal raptors. With 44 percent of the island’s roughly 10 square miles [26 sq. km] in conservation protection, it’s critical bird habitat.)

But Block Island is an important wintering site for snowy owls, too, with at least five reported on the island this winter. So earlier this week, Lauren and Chris headed back to Block. Their targets proved elusive, but last night we got an excited email from Lauren: “After days of scouting all over the island, plugging into a network of locals for real-time owl updates, and four separate trapping events on one bird — we tagged Project SNOWstorm’s first Rhode Island owl!” 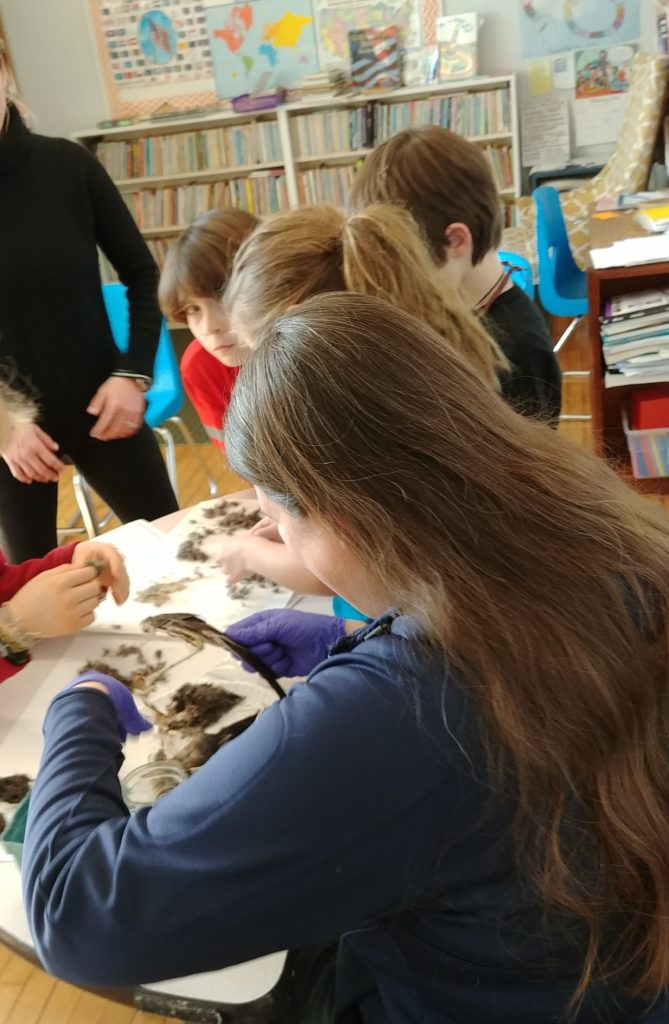 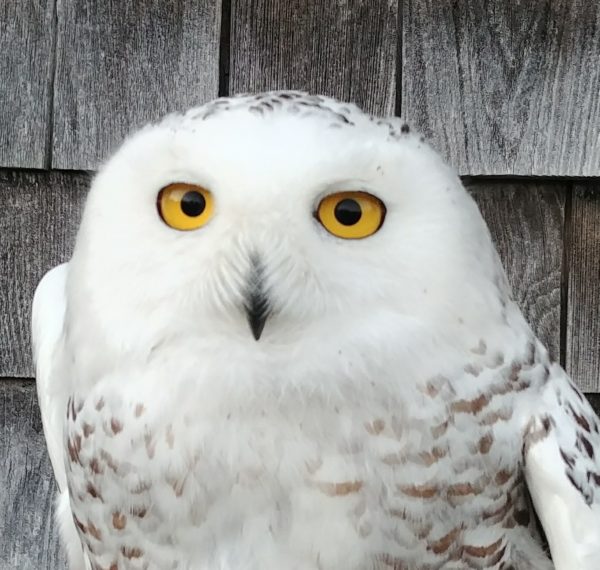 Ready to go back to hunting ducks and voles. (©Lauren Gilpatrick/BRI)

“With the help of the incredible staff at the Nature Conservancy on the island, we knew of at least five areas where owls had been recently observed, plus hundreds of acres of other great wintering habitat to scout,” Lauren reported. “We were granted permission and access at speeds I have never experienced. For all our efforts, we only spotted one owl, who appeared to be a beauty of a juvenile female, a bird whose pellets we collected and dissected with the island fourth-graders. Judging by her ‘leftovers,’ she had been eating a well-balanced diet of ducks and rodents, possibly including Block Island meadow voles, an endemic subspecies.” 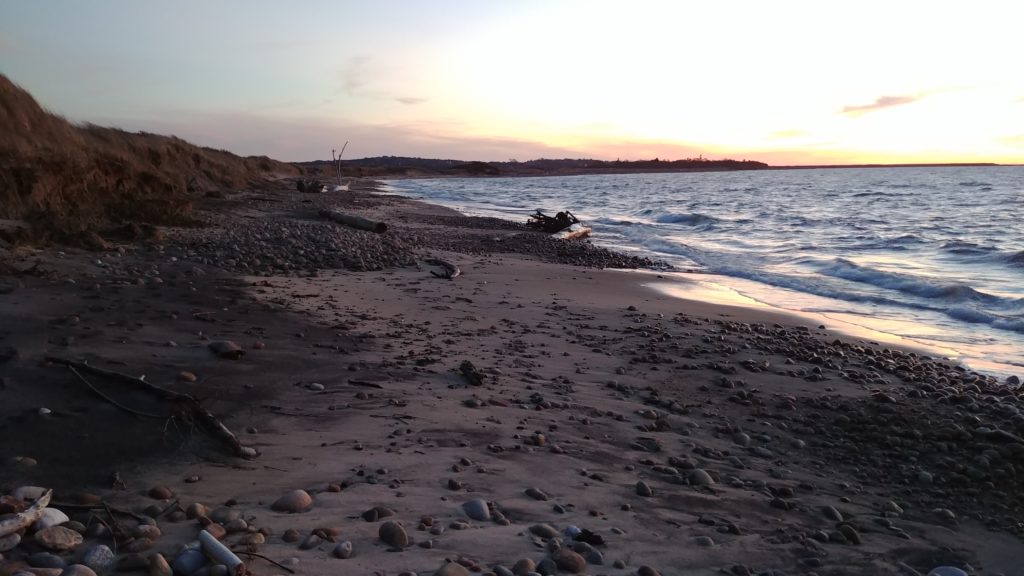 Late evening light on the shores of Block Island — the witching hour for a hunting snowy owl. (©Lauren Gilpatrick)

“This owl liked to hang out near a small oyster farm and in the yard of an old yellow house on a hill at the southeastern tip of the Great Salt Pond. With many favored perches, she made us move around and taught us a few lessons in patience, but at 4:30 p.m. on Valentine’s Day  she finally settled at the bow net and we had her. She was a healthy 2000+ g and had a nice body condition, and we headed to the TNC office to outfit her with a CTT transmitter.” With input from the islanders, they named her “Manisses” (pronounced mana-sees), a rendering of the original Narragansett or Niantic name for Block Island, usually translated as “island of the little god” or “little island.”

“It was after dark when we released her back at the oyster farm, where she immediately perched in a favored spot and began to preen. We’re very much looking forward to following her movements and excited to learn more about offshore behavior,” Lauren said. “Best V-Day EVER!”

(Give us a day or two to get Manisses’ map posted — we’re still waiting for her first data upload.)

One Comment on “Logan on the Cape, Manisses on the Island”