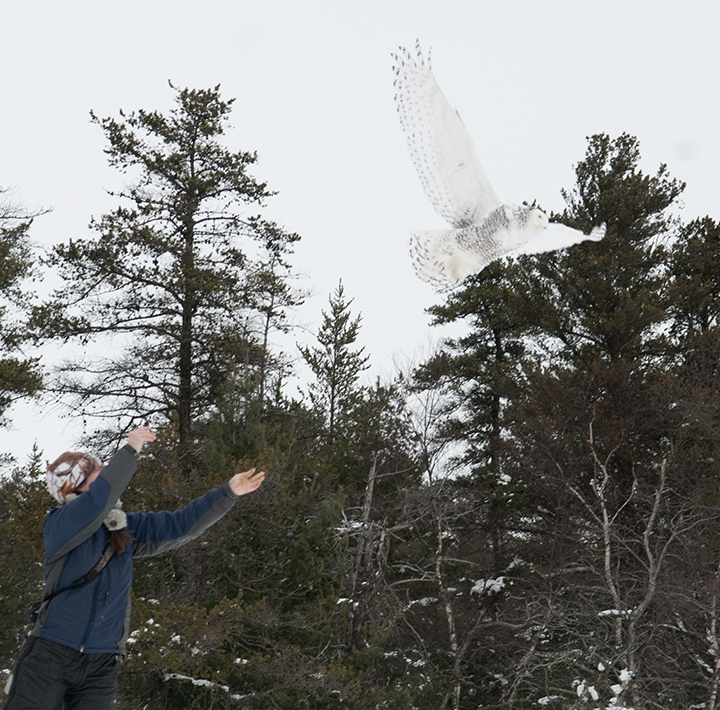 Nova gives Gichigami a boost, sending back to her namesake lake. (©Chris Neri) 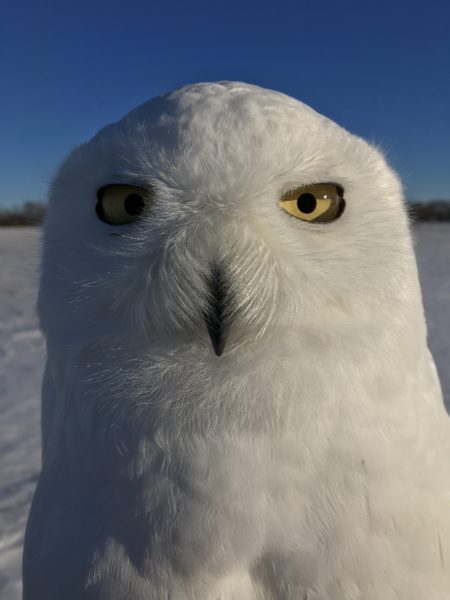 In keeping with our goal of tagging more owls in the prairies and western Great Lakes this winter, we’re pleased to introduce two newly tagged snowies — one in North Dakota, the other on Lake Superior.

Pettibone is named for the nearby hamlet of the same name in Kidder County, ND — but it’s a fitting name for this almost completely bone-white adult male, spotted on Saturday, Feb. 10, by local birder Rick Bohn, who this winter has been helping SNOWstorm team member Matt Solensky of the U.S. Geological Survey’s Northern Prairie Research Center.

Matt was tempted to wait a day to try to trap the male, so he could coordinate with a local veterinarian to take blood samples. (When possible, we draw blood and take feathers from the owls we catch, to test for DNA, chemical isotopes and toxins.) But the snowies have been unpredictable in eastern North Dakota this year, and Matt decided not to wait.

“Rick was still watching the bird when I arrived,” Matt said. The area is tricky to work, with few roads and limited access, and the closest he could set up was 600 or 700 yards (550-640 m) from the owl — a long way off. But after staring intently at Matt’s traps for 45 minutes, the owl launched himself straight in and was caught. 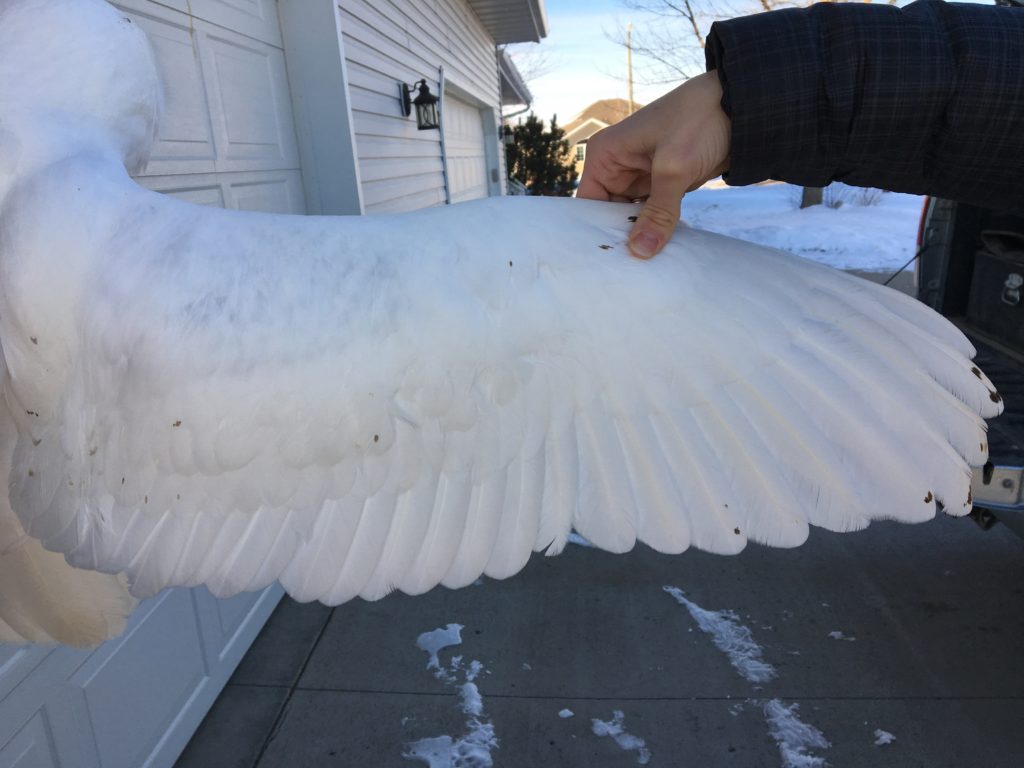 Based on his pristine plumage and molt pattern (which is very subtle and hard to see on such an all-white bird) Pettibone is likely at least five years old. (©Matt Solensky)

Pettibone was captured just a mile south of where Matt tagged Chase Lake last winter, and along the same road. “I have driven by this spot numerous times the past three or four weeks and obviously never saw him,” Matt said, but he noted it’s an area that’s had a lot of snowy owl action this winter. (Pettibone hasn’t sent his first data transmission yet — as soon as he does, we’ll post his map.)

Matt had to put a lot of miles on his truck to get Pettibone and Ashtabula this winter, but our other new owl was literally right out the front door for Nova Mackentley and Chris Neri. They live on Whitefish Point, on the Lake Superior shore of Michigan’s Upper Peninsula, and they were able trap several snowy owls earlier this winter on the beach directly in front of their house.

None of those owls were heavy enough for a transmitter, and since the beginning of January the snowies on the lake have moved out onto the rapidly increasing ice, away from shore — the reason Chris and Nova have been focusing on agricultural fields farther south in the U.P., where they tagged Pickford and Pennington. 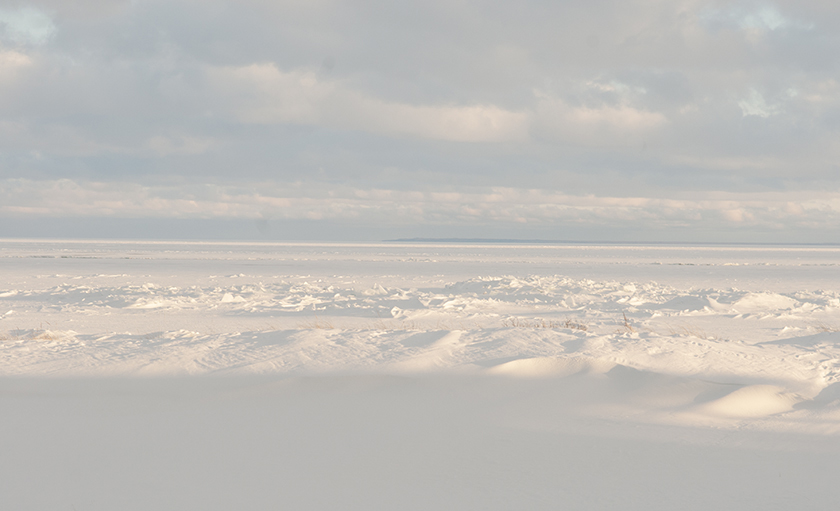 But over this past weekend a snowy unexpectedly appeared. “We spotted her sitting up on the tallest pile of pack ice along the shore, overlooking the only patch of open water in view,” Chris reports. “Given the ice cover on the lake right now, we were certainly not expecting a snowy to show up.” In fact, Lake Superior is more than three-quarters frozen, the most ice at this date in several years.

Scrambling, they got their gear set up and quickly caught the juvenile female, which they named Gichigami, one spelling of the original Ojibwe name for Lake Superior (and with apologies to fans of Henry Wadsworth Longfellow, who styled it “Gitche Gumee” in his 1855 poem “Song of Hiawatha.”) 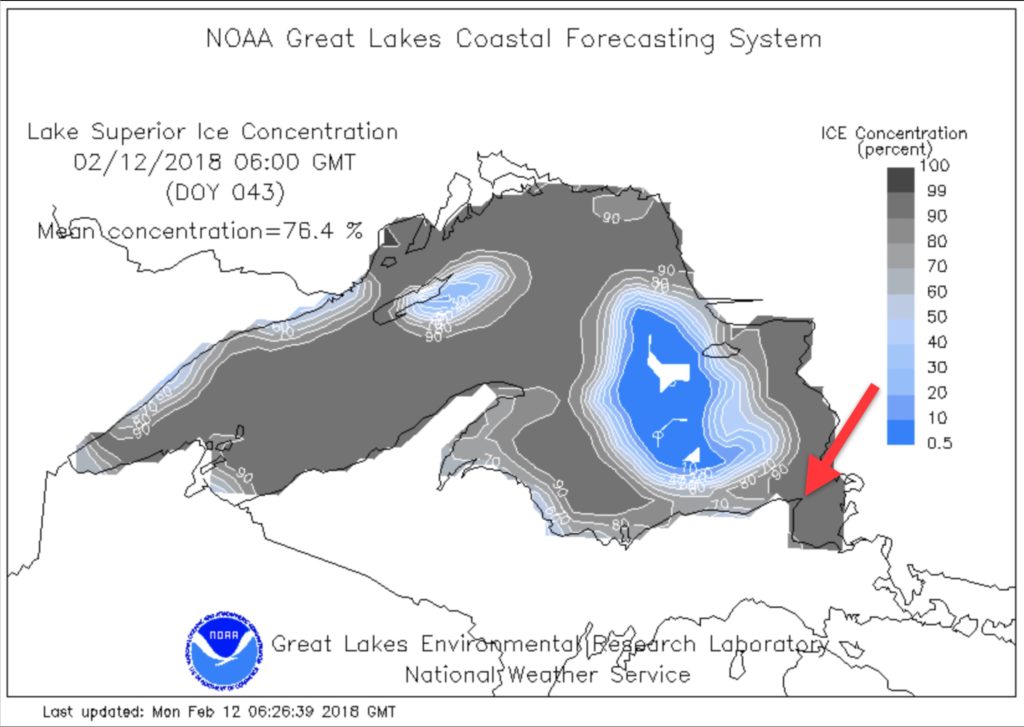 As of Feb. 12, ice covered more than 76 percent of Lake Superior. The arrow shows the location of Whitefish Point. (NOAA) 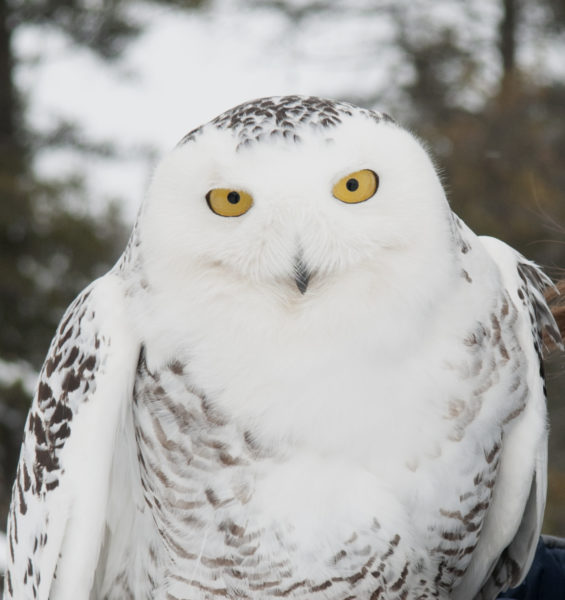 Because of the ice cover on Superior this winter, we’re taking a bit of a chance with Gichigami. There’s strong odds that she spends much of her time offshore and out of cell range — and there is a very limited cell network on the northern shore of the lake. If she stays out of range until late winter, then bolts north in a hurry through the meager cell network, we may get little or no data from her in the near term. But given that we’ve never tracked a snowy owl on the biggest and wildest of the Great Lakes, it seems like a risk worth taking. But so far she’s staying in Whitefish Bay, a few miles from shore. 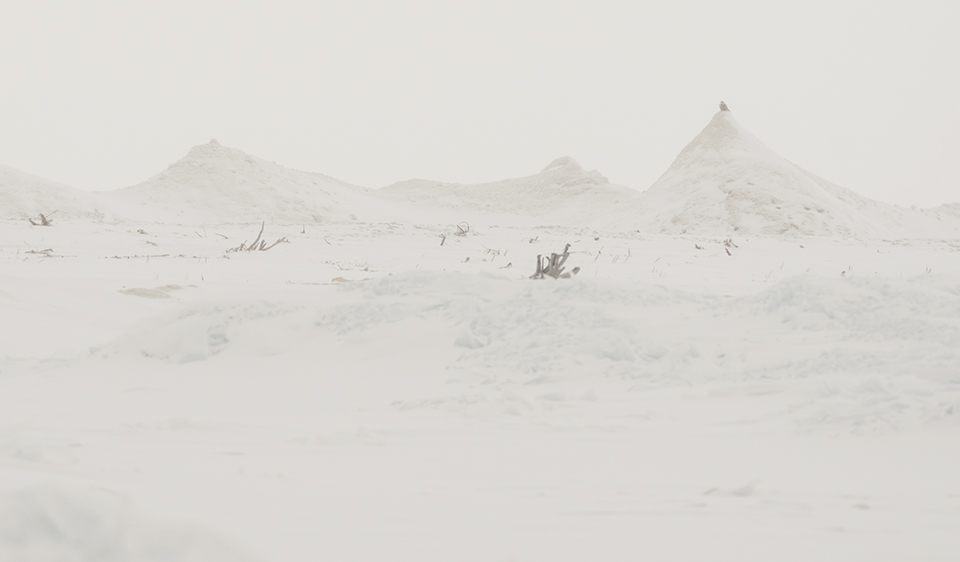 On a day when sky and horizon merge, Gichigami observes her frozen world from a favorite perch atop the pack ice. (©Chris Neri)

Logan on the Cape, Manisses on the Island
Over the Top!

2 Comments on “Pettibone and Gichigami”