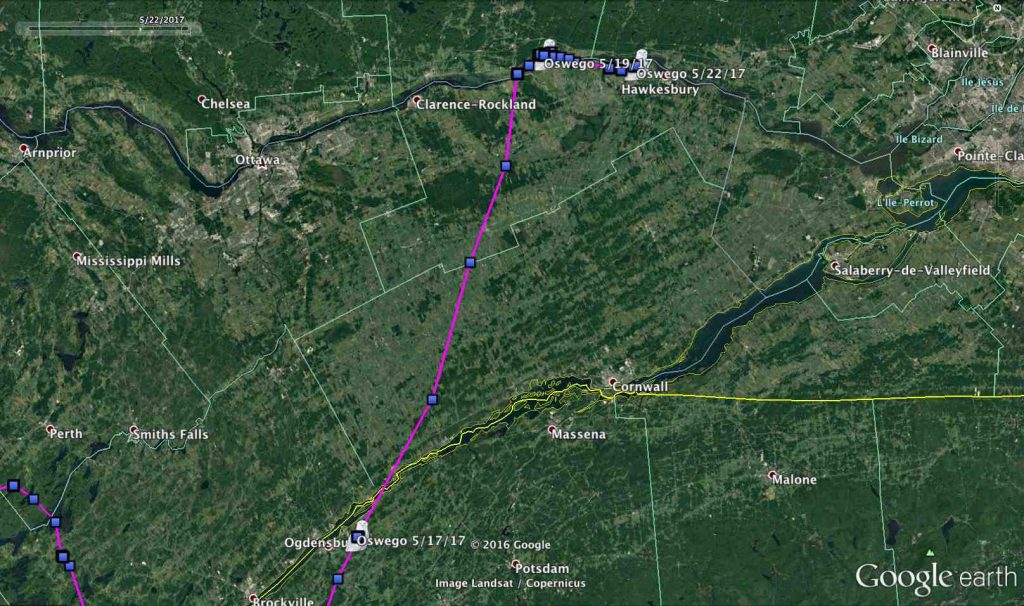 Late last week she’d been on the St. Lawrence River near Ogdensburg, New York, but on Thursday the 18th she flew north, moving across southern Ontario and landing on Grande-Presqu’île, an island in the Ottawa River that is partially included in Plaisance National Park.

After spending the day at the eastern tip of the island, Oswego moved east May 19, headed downriver, and by Friday evening she was on the Ontario shore, opposite Montebello, Quebec. Over the weekend she continued to drift downriver, moving back and forth across the Ottawa between Ontario and Quebec. By Monday evening she was hanging out near L’Orignal, ON, among what appear (from satellite images, at least) to be some very large and very fancy riverfront homes, in one case complete with a multi-level in-ground pool. 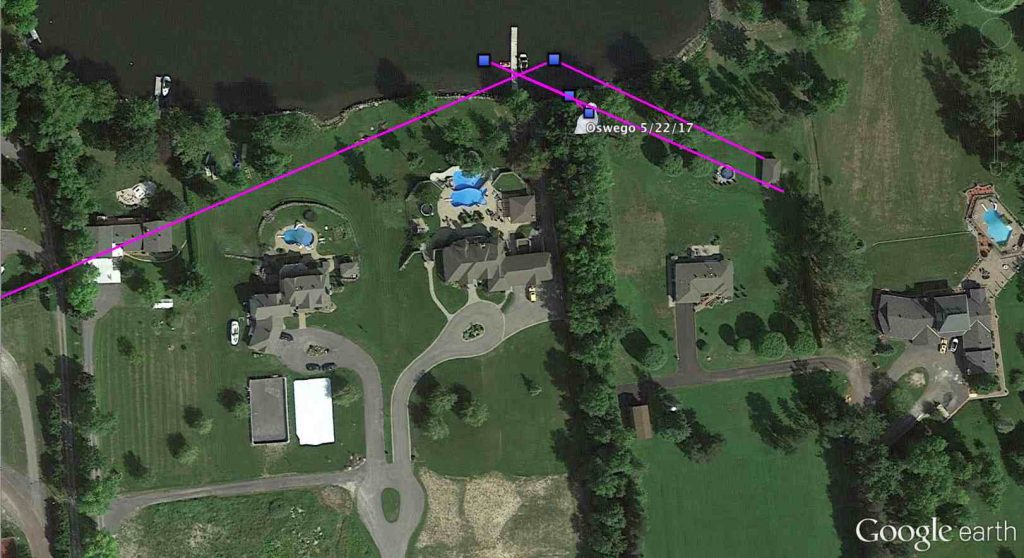 Who says owls don’t have a taste for the good life?