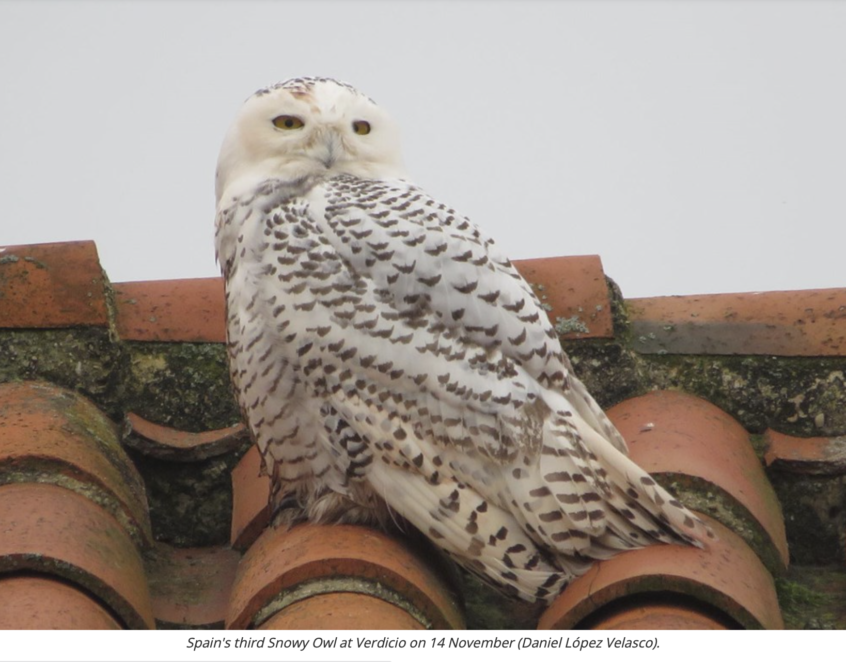 A tip of the hat to our International Snowy Owl Working Group colleague Roar Solheim in Norway for this story about Spain’s first (and second, and third) snowy owls ever recorded.

Interestingly, during the mega-irruption in 2013-14 there were similar reports of snowy owls near major European ports like Amsterdam, and quite a few accounts of owls on cargo ships in the north Atlantic. This has led many European ornithologists to reconsider the origin of snowies appearing in Europe during North American irruptions like this winter’s. Chemical isotopic analysis, mentioned in this article, may finally provide conclusive evidence one way or the other.

2 Comments on “Snowies in Spain”